The new portfolio that will take over from Movistar Fusión in the coming weeks will be born with the Microsoft Xbox Game Pass subscription video game service incorporated, as well as the Movistar Salud and Movistar Prosegur Alarmas telemedicine system. 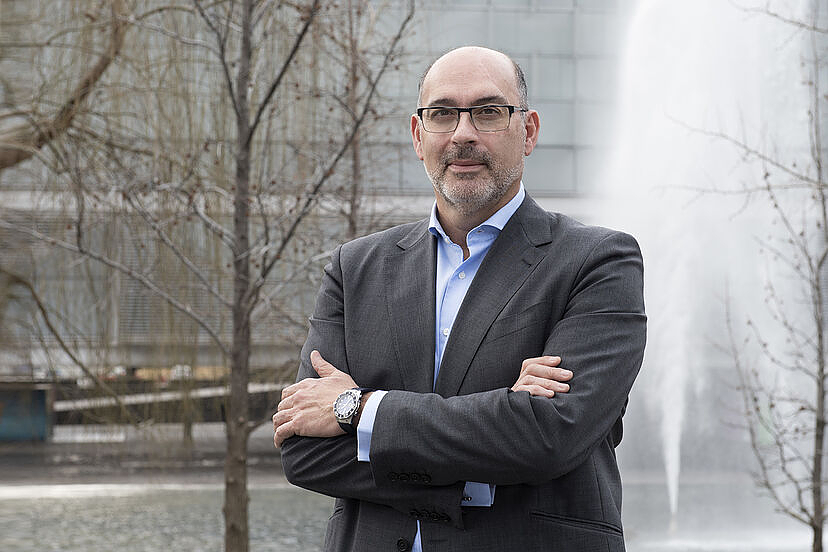 The new portfolio that will take over from Movistar Fusión in the coming weeks will be born with the Microsoft Xbox Game Pass subscription video game service incorporated, as well as the Movistar Salud and Movistar Prosegur Alarmas telemedicine system.

In the coming weeks Movistar will launch the new range of convergent tariffs (fixed mobile pay TV) that will replace Movistar Fusión, a brand created in 2012 and which will be relieved ten years later. The arrival of Fusion at the end of 2012 forced a radical transformation of the telecom sector, leading all operators to commit to convergent rates -and consolidation, with the purchase of Ono by Vodafone and Jazztel by Orange-, which has made the Spanish market the most convergent in the world, with more than 85% of registrations belonging to this type of combined service.

In recent weeks, the Movistar Familia brand had been handled as the most likely to replace Fusion, although it finally seems that this will not be the chosen brand.

And one of the main novelties of the new portfolio is that it will arrive greatly expanded, being able to associate the set of usual services that include fiber access (or ADSL), mobile line and pay television (with or without football) with other services that it has Movistar has been adding to the Spanish market in recent years through its policy of alliances and acquisitions.

The first three additional services that Movistar is going to link with its new portfolio are video games, telemedicine and home alarms, according to market sources.

These three new functionalities that will be added to connectivity and audiovisual content -although always at the customer's request-, are the result of the network of alliances and acquisitions that Movistar has woven in recent years.

For this reason, the new family will be born with these three adjacent services, but in the future it will also incorporate others created by the group in Spain, such as consumer finance, the connected car, general insurance, solar panels or car insurance.

Thus, Telefónica acquired 50% of Prosegur Alarmas at the end of 2019 and launched Movistar Prosegur Alarmas in March 2020, a joint company with Prosegur that has revolutionized the alarm sector with more aggressive commercial proposals and has already managed to add 375,000 customers in the middle of last March, which is 80% more than the 210,000 it had in March 2020, when it was launched.

The other service is Movistar Salud, which has been offered since September 2020 in collaboration with the North American multinational company Teladoc Health. Above all, the service provides access to medical consultations 24 hours a day through any connected device, especially the mobile phone for 7 euros/month per person or 11 euros per family.

But the most significant novelty is the inclusion within Movistar's integrated offer of Microsoft Xbox Game Pass, a video game access service by subscription that the software giant launched on the market in 2017 and that has become the dominator of the gaming segment. video games by subscription with more than 25 million customers worldwide, which represents 60% of the global video game subscription market, according to data from the consulting firm Ampere Analysis.

Xbox Game Pass allows access to hundreds of Xbox games, with some advantages such as the fact that it is not necessary to have an Xbox console to use it, since it can also be used online by interacting with Microsoft servers, through from a PC or mobile phone. In fact, one of its advantages is that you can start a game on one of the devices (console, PC, mobile or tablet) and continue it on the others.

Movistar had already incorporated Xbox Game Pass as an alternative to add Movistar Fusión and Mobile Only Contract customers since July 2021 -with a price of 12.99 euros per month, the same as if contracted independently-, but now It will be integrated into the new rate and will be paid through the Telefónica invoice.

In addition, customers who contract the rate modality that includes Xbox Game Pass will have other advantages such as receiving an additional 20 gigabytes free per month on mobile to be able to take advantage of playing from other devices. A specific configuration of the home WiFi will also be included -the so-called smart WiFi-, to prioritize video game traffic over that generated by other services, so that they do not have a delay in their execution.

Movistar wants to maintain its average income differential with respect to its rivals, since its arpu (average monthly income) is above 90 euros, compared to less than 60 euros for Orange or Vodafone, which shows that, in general, it has the best customers, those with the most spending, in the Spanish market. By including new additional services -games, alarms and health now and others later-, it provides more exclusivity and value to its proposal. But above all, what is sought with this addition of services is to increase loyalty, that is, that the client has fewer incentives -which makes him more lazy- to change providers. It is the same strategy that other operators are following with their diversification, such as, above all, MásMóvil, which in recent years has launched electricity, consumer finance, insurance and health services.

‹ ›
Keywords:
EmpresastecnologiaEmpresas De TecnologíaEconomía Digital
Your comment has been forwarded to the administrator for approval.×
Warning! Will constitute a criminal offense, illegal, threatening, offensive, insulting and swearing, derogatory, defamatory, vulgar, pornographic, indecent, personality rights, damaging or similar nature in the nature of all kinds of financial content, legal, criminal and administrative responsibility for the content of the sender member / members are belong.
Related News