Mónica Oltra resigns as Vice President of the Valencian Government

He has assured that "he does not want the policies of the Government of the Botànic to stop" and has considered that the history of the case "will go down in the history of infamy". 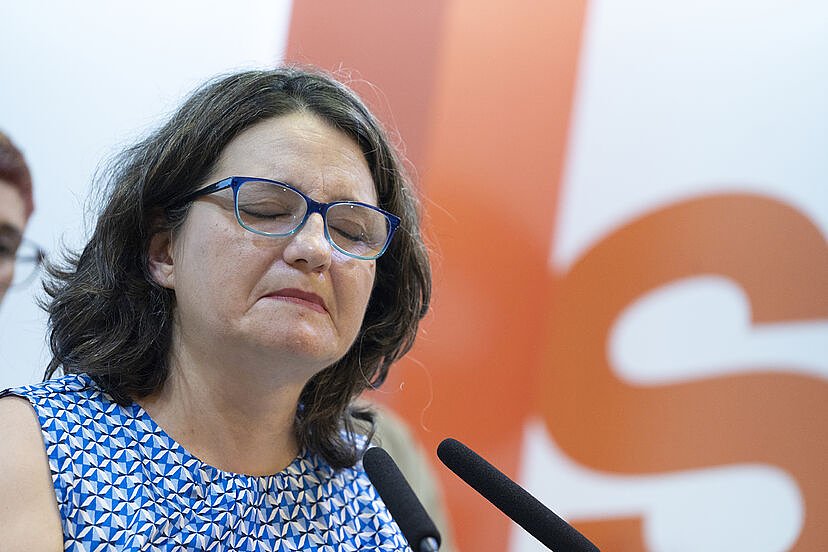 He has assured that "he does not want the policies of the Government of the Botànic to stop" and has considered that the history of the case "will go down in the history of infamy".

Mónica Oltra has announced between tears that she is leaving her position as vice president, spokesperson and minister of Equality in the Valencian government and her act as deputy of Les Corts after her accusation in the case of the alleged cover-up of the abuses of her ex-husband to a minor under guardianship.

In a press conference that took place suddenly, before the Compromís executive was going to address her situation, the former vice-president assured that "she does not want the policies of the Government of the Botànic to stop" and considered that the history of the case "will go down in the history of political, legal and media infamy in this country". "I leave with my head held high knowing the infamy that this is, but also with my teeth clenched, very clenched," she has asserted.

"I am not going to give anyone the alibi to be able to unilaterally say that Compromís is not part of the Valencian government, because thanks to Compromís this change took place in 2015", he has proclaimed, and has indicated that he does not want "the policies to stop against the climate emergency and the ecological transition" of the coalition. "There is no Botànic without Compromís", he claimed.

To questions from journalists in a packed press room, visibly moved, he stated that at this very moment he was transferring his resignation to Puig because he wanted everyone to find out "on equal terms" and that nobody "know until now". "Mr. President, this is my decision," she snapped at him.

Oltra has argued that a "media ecosystem" has been generated to justify throwing Compromís out of the government. "I'm not going to be the alibi," she said.

"This decision is difficult for me because the bad guys win, the message that we are transferring to the citizens that we are transferring to any politician who wants to do politics that is not in favor of the powerful who are going to charge him with false accusations, dirty war in the courts and with lies," he asserted. "They are striking us down one by one," she added.

At the end of her appearance, she also wanted to make it clear that for her the most important thing is to look "in the mirror every day" and be able to sleep, as well as that she will always make "policies that question the neoliberal dogma."

Asked who should decide the future vice-presidency of the Consell after his departure, Oltra has limited himself to indicating that it is something that the Compromís executive will have to talk about after his press conference.

And questioned about her future from now on, she stressed that "we are at this moment" and that her resignation is "a decision caused by one of the greatest infamies that has occurred in this country." "Do not ask me for more", she has settled, and at another time she has recommended "going to the newspaper archives" to find out the truth when "so many things" have been said about her.

The already former vice president has arrived smiling at the headquarters of Compromís in the Plaza del Pilar in Valencia, where from 4:30 p.m. several dozen positions were called to meet in an executive meeting convened weeks ago, before the accusation, but which intended to address its consequences before the situation generated in the autonomic government.

‹ ›
Keywords:
EconomiapoliticaPolíticaValenciaComunidad Valenciana
Your comment has been forwarded to the administrator for approval.×
Warning! Will constitute a criminal offense, illegal, threatening, offensive, insulting and swearing, derogatory, defamatory, vulgar, pornographic, indecent, personality rights, damaging or similar nature in the nature of all kinds of financial content, legal, criminal and administrative responsibility for the content of the sender member / members are belong.
Related News