Juan Carlos I leaves the Zarzuela after an eleven-hour visit

Everything indicates that they have participated in the meeting, in addition to Felipe VI, Queen Letizia and Infanta Sofía, as well as Infanta Elena and Margarita de Borbón, younger sister of Don Juan Carlos. 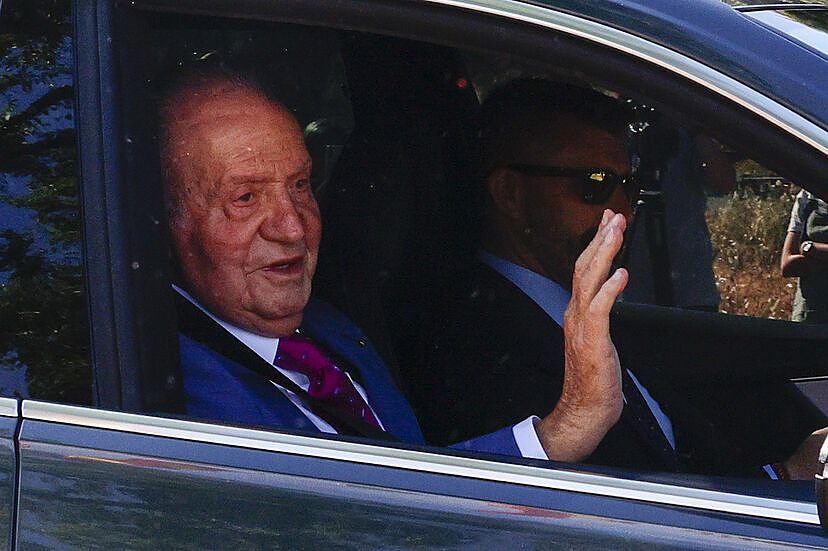 Everything indicates that they have participated in the meeting, in addition to Felipe VI, Queen Letizia and Infanta Sofía, as well as Infanta Elena and Margarita de Borbón, younger sister of Don Juan Carlos.

King Juan Carlos has left the Palacio de la Zarzuela after 9:00 p.m., after the meeting with Felipe VI, Queen Sofía and other relatives, which has lasted for eleven hours.

Don Juan Carlos has not made any statements to the numerous journalists who were waiting for his departure at the main access to the palace, from where he went to the Barajas airport to travel at 10:00 p.m. to Abu Dhabi on the private plane in which he arrived in Spain last Thursday.

The emeritus limited himself to waving from the passenger seat of the same vehicle in which he arrived at Zarzuela this morning at 10:00.

The Casa del Rey has not reported for now the development of the reunion between Felipe VI and his father and with other members of the family, although it is foreseeable that it will issue a statement.

La Zarzuela has considered this act "a family meeting in the private sphere", which has motivated that there has been no news coverage inside the palace, nor has it been detailed so far which relatives have been at the appointment.

Everything indicates that Queen Letizia and Infanta Sofía participated in the meeting, in addition to Infanta Elena and Margarita de Borbón, younger sister of Don Juan Carlos.

Princess Leonor has not been because she is still studying her first year of high school at the boarding school in Wales.

Felipe VI had not seen his father since he left for Abu Dhabi on August 3, 2020, which caused a greater estrangement between the two after the current monarch renounced his inheritance and withdrew his State allocation five months earlier due to to the information about the money that he hid abroad with his back to the Treasury.

Don Felipe was in the emirate on May 15 due to the death of the president of the Arab country, but he did not see the emeritus and they met in Madrid.

In addition to his son, Juan Carlos I has been reunited with Doña Sofía, who has not been to visit him in the time he has been in Abu Dhabi.

The emeritus kings commemorated their 60th wedding anniversary a few days ago.

Given the refusal of the Government and the King's House to sleep in the Zarzuela, Don Juan Carlos, 84, returns to Abu Dhabi, where he has decided to maintain his residence in a stable and permanent manner with the idea of ​​traveling frequently to Spain .

The flight to the emirate is scheduled to depart from Barajas around 10:00 p.m.

Don Juan Carlos concludes his stay in Madrid without giving the explanations that the Executive has demanded of him for his recent conduct.

When asked yesterday, Sunday, in Sanxenxo if he planned to render accounts, the emeritus king replied: "Explanations of what?".

The Government has reproached King Juan Carlos on Monday for completing his first trip to Spain after two years without having given explanations about his "unethical, or exemplary" acts, and for not having been "more careful" during the five days that your stay has lasted.