José Manuel Petisco (Netapp): "Our goal is to grow above the market average"

The ex of Cisco assumes the direction of NetApp to promote the business in Spain, especially the 'cloud'. 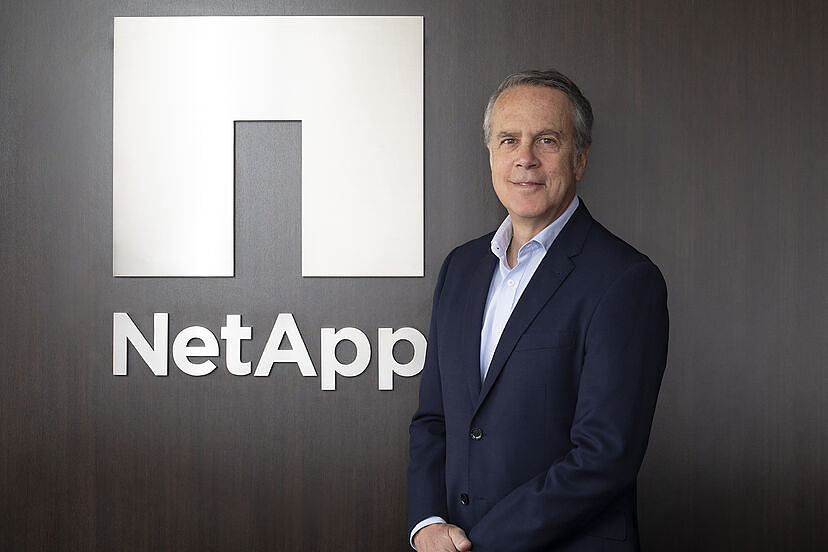 The ex of Cisco assumes the direction of NetApp to promote the business in Spain, especially the 'cloud'.

Less than a year after joining NetApp as Cloud Director for Latin America, José Manuel Petisco has been appointed General Manager of the company for Spain and Portugal. Petisco, who led Cisco in Spain for 11 years, until 2018, assumes the new position as an adventure or challenge highly focused on adding value to its customers and executing the company's global strategy and its transformational objectives at the Iberian level.

But if there is a term that Petisco repeats during the conversation with EXPANSION, that is cloud or 'cloud'. "Any company right now needs to be more agile and faster than it was before to bring new services to the market and respond to the needs of its customers. For this there is a new way of consuming technology, the cloud, which gives you much more agility to deploy technological platforms with the aim of bringing this service to the market as soon as possible, giving companies competitive advantages," says José Manuel Petisco.

Within NetApp's strategy, called Data Fabric, Petisco assures that there is still a strong commitment to on premise (traditional formula based on the sale of software licenses), but recognizes that the cloud is beginning to be key in its proposal. "We have to accompany our clients in the environment in which they find themselves, with solutions that offer protection against attacks, help them in the classification of data and also make it visible", he adds.

Petisco exemplifies this commitment to the cloud in Spain by reviewing the hyperscalars that have decided to settle their cloud regions in Spain, as is the case of Amazon, Microsoft, Google or IBM. "The supply is already here, and now comes the demand from the customer. We are seeing exponential growth in our business well above what the supplier market is growing, which reflects that the Spanish company is accelerating in the cloud adoption. That is why NetApp has developed solutions with each of these hyperscalars, which are services sold and billed by them, but based on our technology," says the manager.

For Petisco, the strategy in Spain is based on consolidating leadership in flash storage, but above all on leading the transformation and movement to the cloud. "It is undeniable that companies are moving to the cloud and we are here to facilitate it," says Petisco.

According to the manager, the company's goal in Spain is to grow above the market average "to guarantee that leadership position. To do this, we not only have a large investment in people and resources in Spain, but also with the development of a channel in which we have more than 120 partners that allows us to act as a service provider".

NetApp does not provide data at a regional level, but they claim to be in step with global data growth. According to IDC, in flash storage NetApp has a 23% market share, with an annual growth of 15%. In cloud, a market that grows at 40% per year, NetApp claims to grow above 60%. "Being above the market helps us reaffirm that the strategy we have is the right one," he says. By the end of fiscal year 2026, the company aims to reach 2,000 million billing in the cloud area.

The manager also relies on European funds to accelerate this adoption of the cloud, since "it is a unique opportunity to energize and digitize the different sectors of the Spanish economy, both private and public." In addition, it ensures that the cloud will democratize access to these capabilities to any company, especially the smallest ones. "Before, very high investments were required, now, with the cloud, this is not necessary: ​​you contract for the time you need and the capacity you need, without the need to acquire a lot of hardware or software and large outlays."

Petisco assures that digital transformation is a constant journey and on that journey there is now an actor that is growing exponentially and we must take it into account, which is cloud services (with which they have been working for 10 years), " and thanks to which all companies have access to the latest technologies".

‹ ›
Keywords:
EconomiadigitalprotagonistasEconomía DigitalEspaña
Your comment has been forwarded to the administrator for approval.×
Warning! Will constitute a criminal offense, illegal, threatening, offensive, insulting and swearing, derogatory, defamatory, vulgar, pornographic, indecent, personality rights, damaging or similar nature in the nature of all kinds of financial content, legal, criminal and administrative responsibility for the content of the sender member / members are belong.
Related News