Google slows its growth due to the slowdown of YouTube

The parent company of Google fails to meet forecasts after presenting income of 68,011 million dollars and reducing its net profit by 8% to 16,436 million dollars. 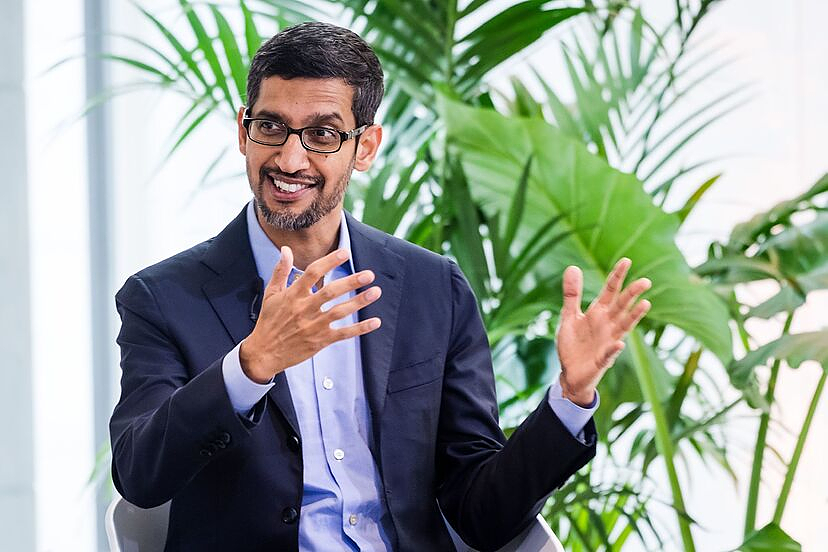 The parent company of Google fails to meet forecasts after presenting income of 68,011 million dollars and reducing its net profit by 8% to 16,436 million dollars.

Alphabet, the parent company of Google, closes the chapter of the strong growth it registered in 2021 thanks to the increase in digital advertising spending after the stoppage of the pandemic.

Alphabet has slowed its growth due, above all, to the slowdown of YouTube in an adverse economic context for advertising spending. The company has failed to meet forecasts in the first quarter, with revenues of 68,011 million dollars (64,600 million euros), slightly below the consensus of analysts, after growing 23%, eleven points less than a year ago. In addition, after six consecutive quarters of growth, net profit fell 8% to 16,436 million dollars, below Wall Street estimates.

The slowdown is not a one-time thing, as explained yesterday by its financial director Ruth Porat, who pointed out that the current quarter is proving to be a challenge because it compares with the strong performance of a year ago -revenues grew by 62% then- and the business suffers from impact of the exit from Russia -in 2021 it contributed 1% of Google's income- and unfavorable exchange rates.

Revenue from YouTube, with 2 billion unique monthly users, rose 14% to $6.869 billion, far from the 49% increase in the comparable quarter. Porat said the departure from Russia and shrinking advertising budgets for brands in Europe have hit YouTube harder than other Google businesses.

Another of the open fronts for YouTube is the competition with TikTok. Shorts short videos gain weight on the platform and already reach 30,000 million daily views, but the company is not yet making the format profitable with advertising.

The classic search engine advertising business grew by 24% to 39,618 million dollars thanks, among other factors, to the increase in advertising spending linked to the reactivation of tourism. On the other hand, Google maintains a solid performance of the cloud business, which grew 44% to 5,821 million dollars, with losses of 931 million dollars.

‹ ›
Keywords:
EconomiadigitalcompaniasEconomíaNegocios Y FinanzasNegocios Y Finanzas Medios De Difusión PublicidadYouTubeGoogleEconomía Digital
Your comment has been forwarded to the administrator for approval.×
Warning! Will constitute a criminal offense, illegal, threatening, offensive, insulting and swearing, derogatory, defamatory, vulgar, pornographic, indecent, personality rights, damaging or similar nature in the nature of all kinds of financial content, legal, criminal and administrative responsibility for the content of the sender member / members are belong.
Related News