From Meta to IBM: Spaniards at the top of the technology industry

Javier Oliván, recently appointed Director of Operations of the Facebook parent company, joins the Spaniards with important management positions in technology giants such as HP, Workday or IBM. 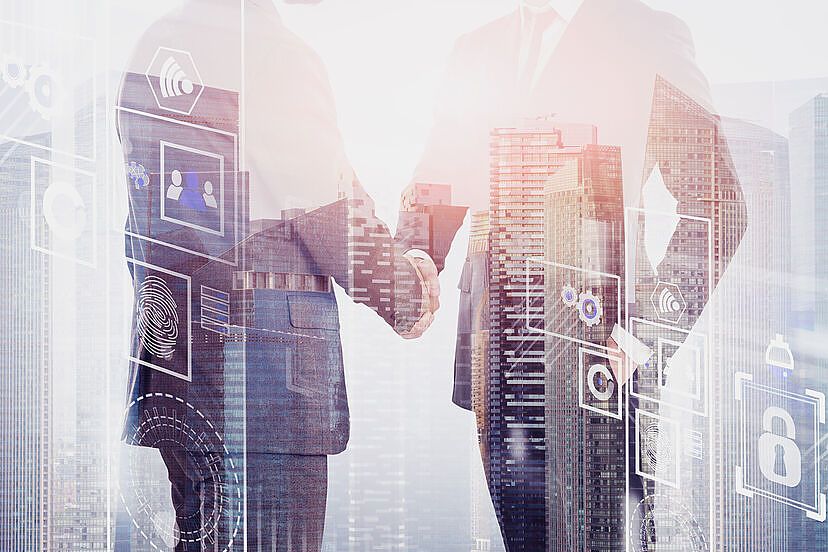 Javier Oliván, recently appointed Director of Operations of the Facebook parent company, joins the Spaniards with important management positions in technology giants such as HP, Workday or IBM.

The rise of Javier Oliván from Huesca as the new Director of Operations at Meta, the parent company of Facebook, after the departure of the almighty Sheryl Sandberg, one of the most influential women in Silicon Valley, means that for the first time a Spaniard will be number two out of one of America's tech giants.

The low profile of Oliván, who started working at Facebook 15 years ago, does not, however, reflect his real influence in the company. The Spaniard is among the very few group of managers who report directly to the CEO and founder of the social network, Mark Zuckerberg.

During his years in the company, Oliván has gained credit within the organization as one of the main architects of the international success of the social network. In 2007, when he was appointed Head of International Growth, Facebook had hardly any users outside of North America, while now more than 91% of monthly users come from countries other than the US and Canada.

In his new role as COO, Javi Oliván, as Zuckerberg referred to him in his statement, will take on some of Sandberg's duties, but not all. Specifically, he will lead the integrated ads and commercial products areas, as well as continue to be responsible for the Infrastructure, Integrity, Analytics, Marketing, Corporate Development and Growth teams. "But this role," the Meta CEO clarified, "will be different from what Sheryl has done."

Even with less influence in the company than its predecessor, finding a Spaniard with a similar share of power in Silicon Valley is impossible. "It is not usual. The Oliván thing is an exception. If you take the directors of the main companies in Silicon Valley and remove all the North Americans, the foreign profile that triumphs is, first of all, the Indian and then the Asian, specifically the Chinese", explains by video call from San Francisco Ezequiel Aranda, responsible for strategy and operations at Google Cloud.

Aranda, 30, is another of the small group of Spaniards who have built a successful career in one of the North American Big Techs, climbing a few positions within the organization chart.

From his experience in the three years he has been working for the search engine in San Francisco, Europeans, and more so those who come from southern countries such as Spain, France, Italy or Portugal, do not abound in the decision-making areas of Silicon Valley. "The English have it easier because of the language and cultural ties. You also meet many Latin Americans, but above all the foreigners who rule here are Asians," he says.

Just take a look at who the CEOs of other big tech groups are to see for yourself. Satya Nadella, at Microsoft; Sundar Pichai, at Google; or Parag Agrawal, on Twitter, are some examples.

But there are more cases in the second scales. At Tesla, for example, both the chief financial officer, Deepak Ahuja, and the CIO, Nagesh Saldi, are of Indian origin.

The long tradition of emigration, especially in professions related to technology, and the high quality of its professionals are some of the reasons that for Aranda explain the large presence of Asians in the large digital groups in the United States.

"India and China have been making a constant migration for 30 years in the technology sector, they send the best they have to the United States. Europe started ten years ago," he says. "In addition, they want to leave the country to have better living conditions, this is not so common in Europe," she adds.

Although scarce, there are more examples of Spaniards who have managed to climb to the pinnacle of power in Silicon Valley. One of those who has gone the furthest is undoubtedly Chano Fernández, since 2020 co-CEO of the American multinational cloud business software Workday, valued at more than 43,000 million dollars (40,000 million euros). Before joining Workday, the Spanish executive held leadership roles at companies such as SAP, Infor, Blue C and McKinsey.

At the head of another giant like HP, the spun-off business branch that encompasses the PC and printer business, is the Spanish Enrique Lores. Lores has been with the Palo Alto, California-based company for 33 years, the last three as CEO.

Far from Silicon Valley, on the other side of the country, in New York, but within one of the most important technology corporations in the world such as IBM, is the Murcian Darío Gil.

Since 2019 he has been the director of IBM Research, the group's research unit that has more than 3,000 researchers in 12 laboratories around the world. Gil is an expert in artificial intelligence and quantum computing.

‹ ›
Keywords:
EmpresastecnologiaEconomía DigitalEmpresas De Tecnología
Your comment has been forwarded to the administrator for approval.×
Warning! Will constitute a criminal offense, illegal, threatening, offensive, insulting and swearing, derogatory, defamatory, vulgar, pornographic, indecent, personality rights, damaging or similar nature in the nature of all kinds of financial content, legal, criminal and administrative responsibility for the content of the sender member / members are belong.
Related News