They have more than 80 natural cosmetics references, a presence in several European countries, more than a million digital clients, a round in 2021 of almost 20 million euros and a turnover of 45 million. 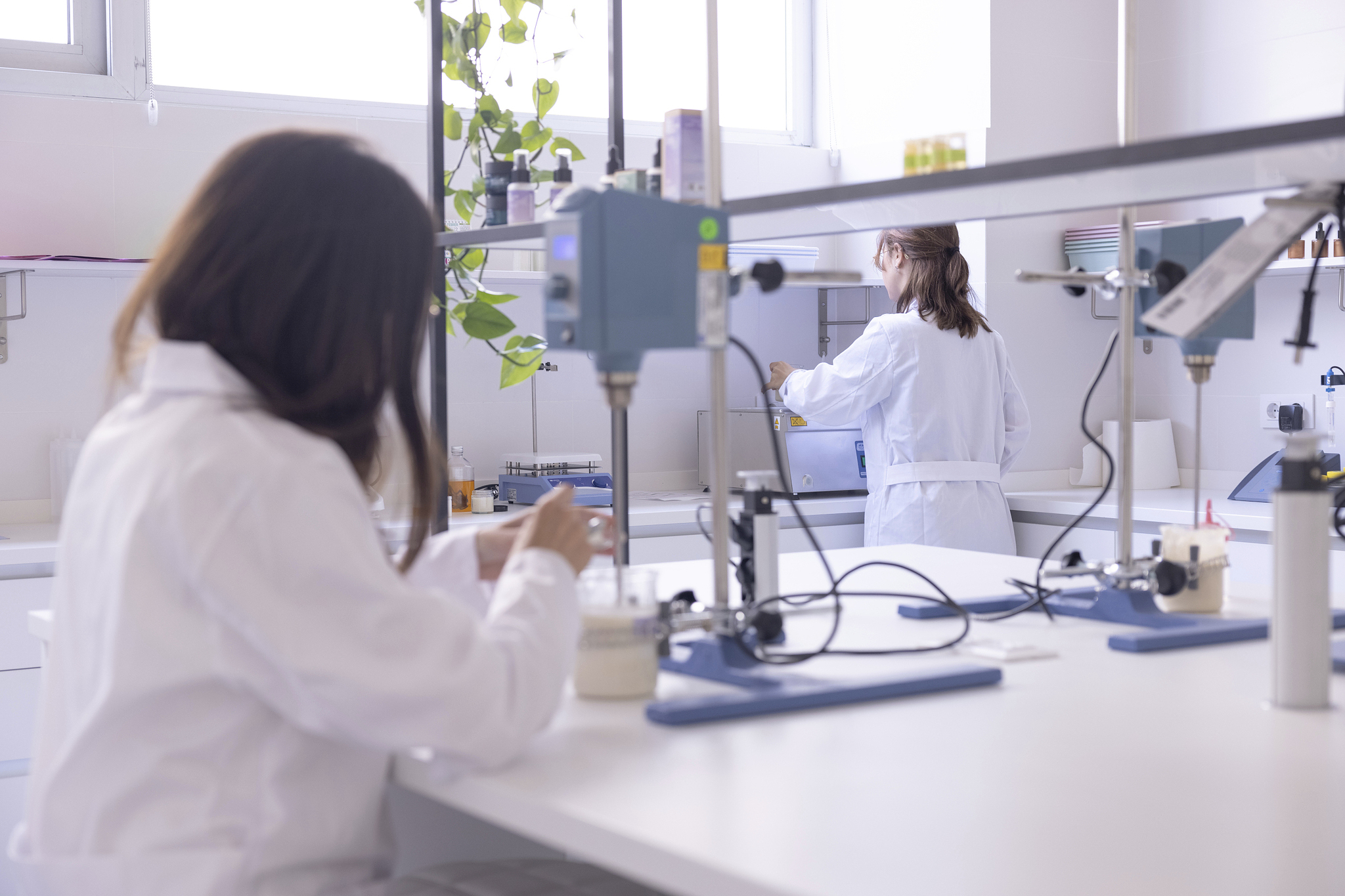 They have more than 80 natural cosmetics references, a presence in several European countries, more than a million digital clients, a round in 2021 of almost 20 million euros and a turnover of 45 million. Freshly Cosmetics, the digital native natural cosmetics start up, as they describe themselves, has become a phenomenon thanks to its online strategy and its attempt to change the foundations of traditional cosmetics.

The beginnings of this Catalan company date back to 2015, when three chemical engineering student friends, Mireia, Joan and Miquel, decided to leave their respective jobs to start a business.

"We started looking at possible sectors such as the development of technological applications, but we soon realized that as chemical engineers we had to focus on something where we could add value. My mother made natural soaps that I took to university and they liked them a lot, for This is why Mireia decided to investigate this sector and its possibilities. This is how we realized that natural cosmetics was something very old, very herbal but that people liked. On the other hand, Mireia had run her mother's ecommerce selling wool, and we decided to combine these two experiences", explains Miquel Antolín, CEO and co-founder of Freshly Cosmetics.

The combination of both, natural cosmetics and Internet sales, gave rise to this small company that began operating in 2016 and since its inception they have managed to connect with online users, especially on social networks. "We decided to start in the digital world because no natural cosmetics brand was only online. They told us that we were crazy because cosmetics have to be tried and smelled. But we bet on the digital strategy and it worked. The growth was very fast and the first year we invoiced 300,000 euros, the second, 1.1 million, the third, 4 million, in 2019, 11 million, 30 in 2020 and last year, 45 million. All with our own online channel and, even with the three physical stores that we had in 2021, 95% came from Internet sales," says Antolín.

To achieve these figures, the biggest obstacle that Freshly faced was convincing users that its products were really good and worthwhile through the network, without trying them. "We tried to recreate the experience of touching the product but in a digital way. We invested a lot in photography, video creation and that the influencers tried the brand and gave their opinion honestly. In part you solve this problem. In addition, on the web we have more of 100,000 real user reviews and that is generating traction. In addition, the key is that the product is good and the users who have tried it recommend it. In digital, a lot of investment in marketing is necessary, but repetition and customer loyalty they are basic so that this does not fall like a house of cards", he adds.

Until 2020, Freshly Cosmetics had decided to operate only with its own funds. But in 2021 the company opted for international expansion and decided to allow the entry of external money. In this way, in November they announced the closing of an investment round worth 19.42 million euros from the British fund Blossom Capital. Currently, Freshly has a presence in markets such as French, Italian, British or Portuguese, although it continues to expand throughout much of Europe, a segment that already accounts for 33% of the company's turnover.

Likewise, another part of the money was decided to be used to strengthen the omnichannel strategy that the company began in 2019 with the opening of its first physical store in Barcelona. "The store also gives confidence. Now we have five open and we are going to open Seville, Gijón and Pamplona in less than two months. In 2022 there will be eight stores and we are evaluating another one. It is a very important strategy and we want to maintain this pace," he says. the CEO of Freshly.

For now, the company will focus its openings in Spain, since in 2021 it tried in London without success. "After a few months, we decided to close it and focus on stores in Spain and the online world abroad. If something doesn't work, we accept reality and turn the page," he says.

Today, physical sales account for 8% of Freshly's total turnover, but the company expects to close the year at around 10% and gradually increase this percentage as its rate of openings grows. Of course, Miquel Antolín is clear that "it will not be our main channel in the coming years. Online will continue to predominate."

Looking ahead to the end of 2022 and the future, the CEO assures that this year they expect to exceed the turnover of 2021 between 5 and 10%. The growth will be lower compared to previous periods because the company has decided to bet on healthier growth and organize some of its legs, such as logistics. "In 2021 we had a strong investment in the international part with very high logistics costs that we have to restructure. Logistics costs are very high for an online company and we have sought more efficient, cost-effective and sustainable routes... there have been many projects that we had not done before and that we have addressed in 2022 to continue betting on innovation".

And for the future? The natural cosmetics company assures that it will increase its commitment to sustainability, investment in its own laboratory, Freshly Lab, the opening of stores and international expansion. "At the moment, no more rounds," says Antolín.

‹ ›
Keywords:
EconomiadigitalcompaniasEconomía DigitalCompañiasCosmética
Your comment has been forwarded to the administrator for approval.×
Warning! Will constitute a criminal offense, illegal, threatening, offensive, insulting and swearing, derogatory, defamatory, vulgar, pornographic, indecent, personality rights, damaging or similar nature in the nature of all kinds of financial content, legal, criminal and administrative responsibility for the content of the sender member / members are belong.
Related News