Feijóo and Sánchez have starred in their first face-to-face in the Senate Plenary. 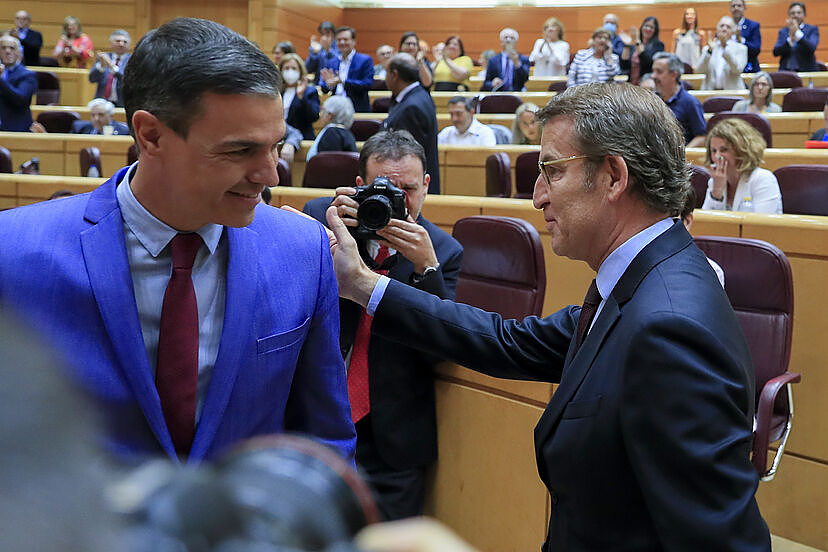 Feijóo and Sánchez have starred in their first face-to-face in the Senate Plenary.

The leader of the PP, Alberto Feijóo, has reached out this Tuesday to the President of the Government, Pedro Sánchez, so that he can agree with his party and not with minorities, as he has done until now, to which the Chief Executive has replicated that the pr