The president of the Popular Party said this Saturday that the inflation suffered by Spain is "a consequence" of the economic policies of the Government, which has turned bananas, potatoes or bottles of oil into "luxury products". 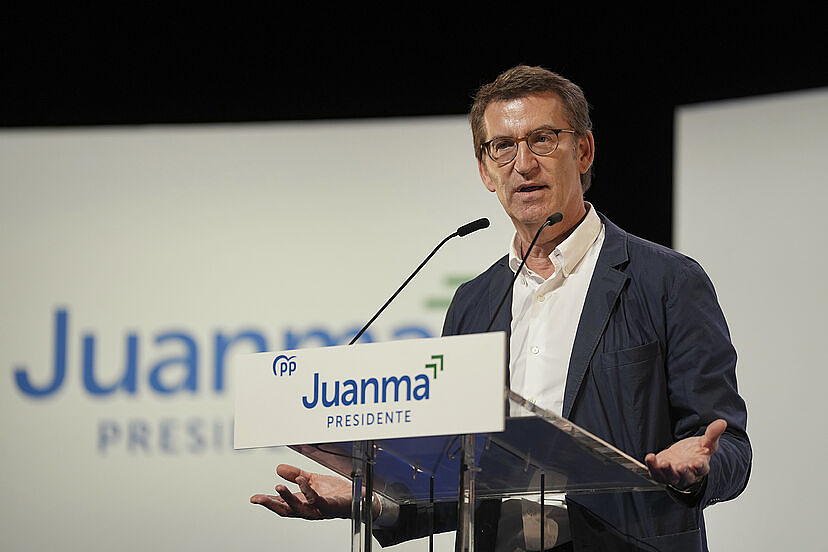 The president of the Popular Party said this Saturday that the inflation suffered by Spain is "a consequence" of the economic policies of the Government, which has turned bananas, potatoes or bottles of oil into "luxury products".

The president of the PP, Alberto Núñez Feijóo, warned this Saturday that the "improvisation and disunity" of Spanish politics are producing "impacts" on the economy of families and has criticized that members of the Government write letters to " criticize each other."

During his speech to the media during a visit to the Covirán cooperative in Atarfe (Granada), the leader of the popular group has urged the Executive to process the bill to which it has promised to deal with the crisis and that, in this In this way, everyone can make the necessary improvements and amendments so that the measures can really lower price inflation and not raise it.

"It is not about being right, but about getting it right. The objective, whether we belong to one party or another, is a country that works better and that inflation goes down," Núñez Feijóo has sentenced, according to the Efe agency.

The popular president has said that citizens who know very well that their jobs and their economy are "affected" by the "runaway price escalation" for more than a year, even before the war in Ukraine when inflation exceeded 7 %.

For this reason, he has said that this rise is not only a consequence of the war but of an economic policy that "does not work", which keeps millions of Spaniards with "enormous difficulties" in making ends meet and that they notice it especially in the purchase price of electricity, gas and fuel, converted into "luxury goods" for the vast majority of households.

According to Núñez Feijóo, the priority of any "responsible" politician should be to lower prices, so that the measured and low incomes can buy basic products, commute to work and assume the costs of electricity and gas.

He has also criticized that part of the Government has been confused this week in a vote to increase taxes and that they never do it to lower them.

On the other hand, he has said that Parliament cannot be "a souk" where "political favors are negotiated" and a place where "the vote of independence parties is bought regardless of how the country is doing."

In this sense, he pointed out that, when talking about distributing resources and financing, one should always think of the effective cost of services for people and not for territories.