Elections in Andalusia: on the hunt for 40% undecided to govern

Feijóo has worked harder on the campaign than Sánchez, more concerned about the effects of a failure on his prospects of holding office. 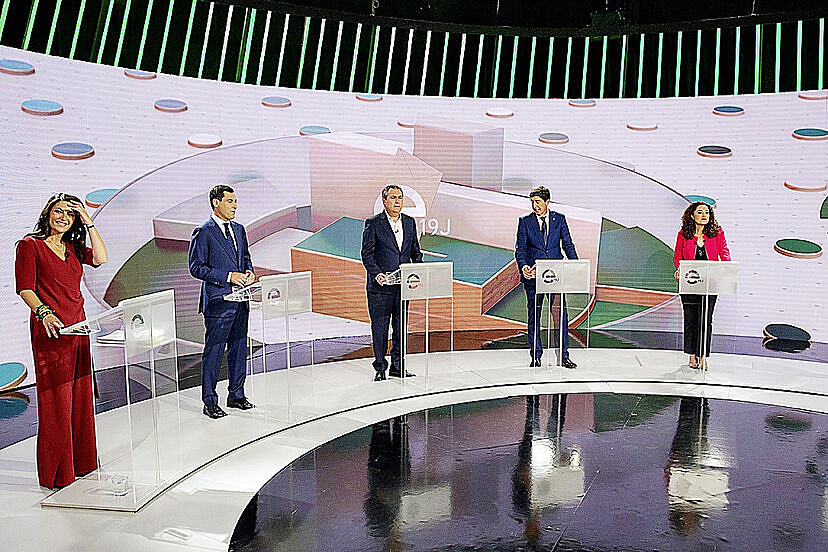 Feijóo has worked harder on the campaign than Sánchez, more concerned about the effects of a failure on his prospects of holding office. But one and the other know that they should not trust the polls.

Javier Arenas won 50 seats in 2012 and the PP could not govern. Susana Díaz reached 33 positions in the Andalusian Parliament and years later she was removed from the general secretariat of the PSA by a Pedro Sánchez who wanted revenge. It is possible that

‹ ›
Keywords:
OpinionPolíticaAndalucíaElecciones AutonómicasPedro SánchezAlberto Núñez FeijóoJuan Manuel Moreno Bonilla
Your comment has been forwarded to the administrator for approval.×
Warning! Will constitute a criminal offense, illegal, threatening, offensive, insulting and swearing, derogatory, defamatory, vulgar, pornographic, indecent, personality rights, damaging or similar nature in the nature of all kinds of financial content, legal, criminal and administrative responsibility for the content of the sender member / members are belong.
Related News