The Ministry of Economic Affairs, headed by Nadia Calviño, is preparing new public subsidy plans totaling, for now, some 240 million euros, to extend the arrival of broadband to the most rural areas of the country. 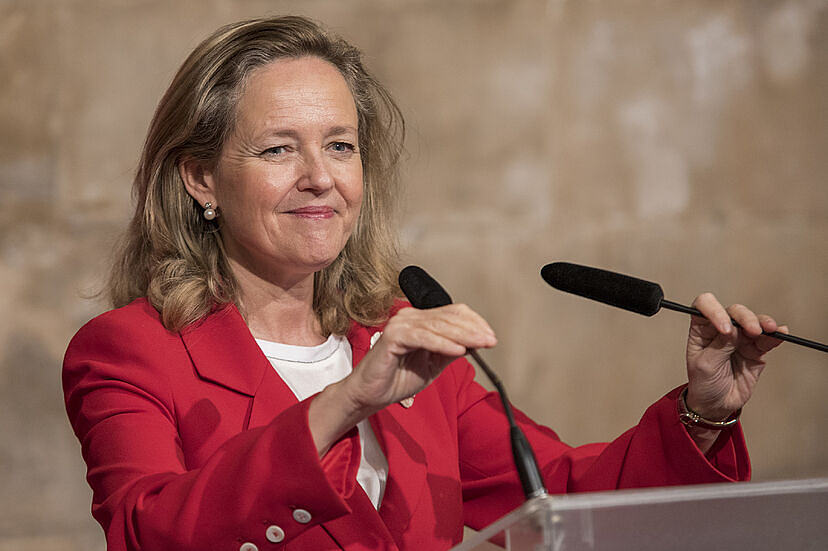 The Ministry of Economic Affairs, headed by Nadia Calviño, is preparing new public subsidy plans totaling, for now, some 240 million euros, to extend the arrival of broadband to the most rural areas of the country. The most immediate is a new version of the UNICO Broadband plan, to bring 300 Mbps fiber to sparsely populated areas, which will be awarded this year for around 200 million euros and will take fiber coverage from 95% to 97% of the population. She is also preparing another plan, called UNICO Rural Development, endowed with another 40 million and destined for even more remote and depopulated areas, which will foreseeably be based on satellite solutions.

The Ministry of Economic Affairs and Digital Transformation is finalizing the details of a series of new subsidy plans with which to extend the stain on the country's already very capillary telecommunications network.

‹ ›
Keywords:
EmpresasEconomía DigitalEmpresas De Tecnología
Your comment has been forwarded to the administrator for approval.×
Warning! Will constitute a criminal offense, illegal, threatening, offensive, insulting and swearing, derogatory, defamatory, vulgar, pornographic, indecent, personality rights, damaging or similar nature in the nature of all kinds of financial content, legal, criminal and administrative responsibility for the content of the sender member / members are belong.
Related News