Donald Trump could soon announce his candidacy for the US presidency

The former president of the United States, Donald Trump, (2017-2021) could soon announce his candidacy to try to return to the White House in the next presidential elections in 2024, some of his relatives assure, according to CBS News today. 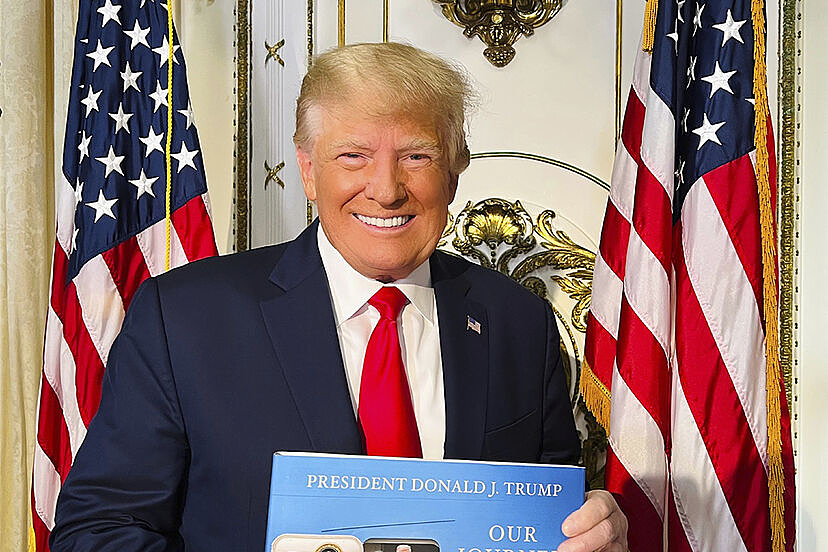 The former president of the United States, Donald Trump, (2017-2021) could soon announce his candidacy to try to return to the White House in the next presidential elections in 2024, some of his relatives assure, according to CBS News today.

Allies of the former president, who prefer anonymity, said that he has told them privately in recent days that he is seriously considering announcing his candidacy this summer, although there is no final decision and, if so, when he would announce it.

According to CBS News, people who have spoken with Trump recently say that he and a small group of advisers are working on strategies for him to announce his campaign with a view to 2024 during this summer or after the midterm elections next November, as they usually do. the candidates of the main parties, also indicates CBS.

Previously, the New York Times has already echoed Trump's possible intention to re-launch his candidacy for the presidency of the United States, according to the Efe agency.

Among his circle of close associates there are those who assure that the hearings of the House of Representatives committee investigating the attack on the capitol on January 6, 2021, which are being televised, have caused great discomfort in Trump and could be significantly conditioning the decision you make.

But most importantly, he assured his supporters, "we are going to take back our magnificent White House."

On the other side of the scale, there are those who doubt that this announcement will take place in the coming months.

A skeptical former campaign official says he would only believe it if he saw Trump descend the escalator of Trump Tower in New York again, as he did when he launched his campaign for the White House in 2016.

However, on the way to return to the White House, Trump could face Congresswoman Liz Cheney, who is very critical of him, who said in an interview today with ABC that although she is currently focused on the November elections, does not rule out the possibility of seeking the Republican nomination for president.

He stated that he would make a decision on the matter in the future and stressed that "the most important thing is to protect the nation from Donald Trump."

‹ ›
Keywords:
PolíticaEconomiapolitica
Your comment has been forwarded to the administrator for approval.×
Warning! Will constitute a criminal offense, illegal, threatening, offensive, insulting and swearing, derogatory, defamatory, vulgar, pornographic, indecent, personality rights, damaging or similar nature in the nature of all kinds of financial content, legal, criminal and administrative responsibility for the content of the sender member / members are belong.
Related News