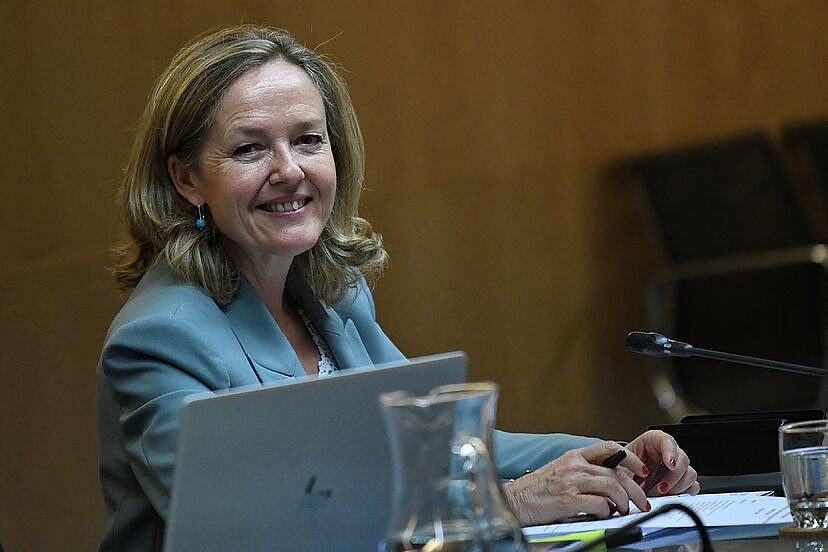 Garamendi opposes raising wages with inflation. The unions warn that they want a limitation of the benefits.

The First Vice President of Economic Affairs, Nadia Calviño, announced this Wednesday that she will include the increase in the Interprofessional Minimum Wage for 2023 in the income agreement that she wants to negotiate with the CEOE employers and the CCOO and UGT unions. After her meeting with the entire economic team of the Government, the vice president reported that she had seen an open attitude in the employers' association and the unions to recover the salary agreement.

After the meeting, the leaders of the CCOO, Mari Cruz Vicente, and of the UGT, Mariado Hoya, made it very clear to the Government, "that in no case does the rent agreement have to mean an exclusive containment of wages." The union leaders demanded that the Government take measures to limit the profits of the companies. Above all, through the Corporation Tax.

CCOO and UGT have so far defended the restoration of the wage review clause, to avoid the loss of purchasing power of wages. Precisely with this objective CCOO and UGT organized this Wednesday throughout Spain concentrations in front of the headquarters of the CEOE.

The two union leaders reminded Calviño that there is already a commitment with the Government to raise the Minimum Interprofessional Salary in 2023 to 60% of the average salary. The first recommendation of the experts from the Ministry of Labor was to go from 1,000 euros per month this year to 1,050. But, very predictably, this figure is already out of date, so another clash of the Government and the unions with the bosses is coming.

However, Calviño framed the reopening of the dialogue on the income pact within Spain's objective of taking advantage of European funds. So far, the Government has achieved the implementation of 55% of the funds that will be invested this year, which will be 72,000 million until 2023. And, in this vein, Calviño encouraged employers and unions to collaborate in the preparation of the objectives so that Spain can take advantage of another 7,700 million euros that the Commission has offered to Spain additionally in the first tranche of European funds. Until 2026, they will amount to 140,000 million euros.

The president of the CEOE, Antonio Garamendi, did not appear after the meeting with the Government, but hours before, on Onda Cero, he said that businessmen are not opposed to raising wages, but rather that they be indexed with inflation, having as a reference the evolution of prices. In his opinion, a direct relationship between prices and wages can cause inflation to spread throughout all sectors of the economy. What is technically known as second-round effects, because, in turn, companies raise prices to maintain margins, which again deteriorates the purchasing power of wages. A process that will deteriorate the competitiveness of companies and the Spanish economy compared to the rest of the European Union.

In a clear response to the criticism of businessmen made on Tuesday by the Second Vice President and Minister of Labor, Yolanda Díaz, Garamendi defended his role in the social dialogue. "We have signed 15 agreements [with the government and the unions]. I say this because it seems that now we smoke cigars. We have gone from being Obi Wan Kenobi to Darth Vader," lamented the business leader, referring to Star Wars.

Díaz said on Tuesday that employers "have to stop blocking agreements. This is not the time to moderate wages, but quite the contrary, it is time to promote increases [in pay], which will help mitigate the impact that is having the effects of inflation on the workers". Moreover, the Second Vice President recalled that Luis de Guindos, Vice President of the European Central Bank, recommended not lowering wages because Europe would enter a clear process of growth in delinquency." That is, due to the inability of many families to be able to pay bills. and debts, before the depression of remunerations.