Audible: "The audiobook is experiencing a moment of explosion in Spain"

The person in charge of the Amazon platform in Spain and Italy assures that the audio-entertainment sector is experiencing a 'boom' in our country. 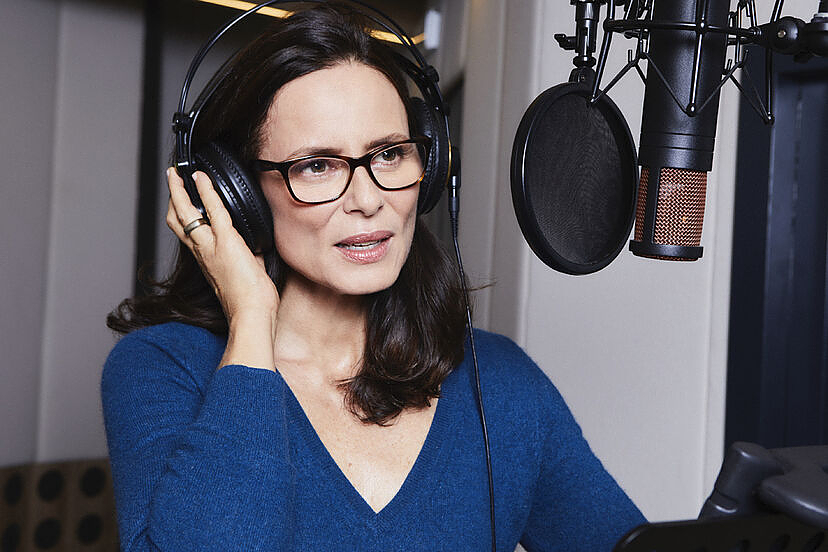 The person in charge of the Amazon platform in Spain and Italy assures that the audio-entertainment sector is experiencing a 'boom' in our country.

You have to look back a hundred years to find the origin of the audiobook, a format that Amazon was attracted to in 2008 and that ended with the acquisition of the company Audible, specialized in sound content and especially in audiobooks. But this way of enjoying reading, which is widespread in other countries such as Germany, England or the United States, began to emerge in Spain just a year ago. According to the recent Reading Barometer of the Ministry of Culture, 5.2% of Spaniards listen to audiobooks frequently, almost twice as much as a year ago.

"At a global level, Audible has been growing over 30% year over year for the last ten years. In Spain, where the company landed 18 months ago, we have noticed significant growth. On the one hand, in hours consumed, only in March were consumed 1.4 million hours of Audible content, which is very significant. In total, 15 million hours have been consumed since October 2020. And on the other hand, we must highlight the growth of the catalog, since it has doubled from the 6,700 titles in Spanish with which we launched to the 13,000 that there are currently", explains Juan Baixeras, Country Manager of Audible in Spain and Italy.

The manager assures that there is a moment of explosion in audio entertainment, which fundamentally includes podcasts and audio books. "In the podcast there may be some stagnation, but it is normal because it has been growing for a long time, but the current success of the audiobook is unquestionable," adds Baixeras, who assures that Audible's commitment is the same in both formats, but the offer of The content of the platform is much greater in audiobooks "because all the podcasts we have are original, which we produce. We do not have third parties. In contrast, in audiobooks we produce approximately 700 new ones a year. We buy the rights and record them, but we also work with all the publishers in Spain and we distribute their audiobooks", points out the director.

According to its forecasts, in 2022 the company will produce 500 new audiobooks and the goal is that by 2023 the catalog will have increased to 17,000 titles.

Figures from other countries show how Spain is still at a very early stage in the world of sound books, so Audible assures that there is a lot of room for growth. "Furthermore, it is also true that we have caught a singular moment where a very good offer from the point of view of content is combined with the collaboration of the Spanish creative community together with an audio boom, where downloading apps in this category is very common, which means that it is very easy to consume this content", adds Baixeras.

Specifically, Audible has been working since its landing in Spain with great voices from the entertainment industry, such as José Coronado giving voice to the complete works of Sherlock Holmes, Leonor Watling, to the Harry Potter books or Josep Maria Pou to Moby Dick, a title that also starred in theater.

"A powerful industry is being generated that is behind sustained growth. Behind this industry are companies like us, publishers, authors, narrators, recording companies, screenwriters... Specifically, we have collaborated with more than 2,500 creators in Spain in the audio entertainment format in these 18 months. We are at the beginning, but this shows that there is an industry movement that indicates that it will grow more," he insists.

Likewise, Baixeras assures that the fact that great voices from the Spanish artistic world work with them has been key to achieving growth in this year and a half of life in Spain, so this will continue to be a key pillar in their audiobooks. In addition, he defends, "this format does not displace the traditional book, it is complementary and allows many people who do not have enough time to read to enjoy great titles. It encourages reading and culture and is a fundamental contribution to reading habits ".

‹ ›
Keywords:
EconomiadigitalcompaniasLibrosEconomía DigitalProtagonistasAmazon
Your comment has been forwarded to the administrator for approval.×
Warning! Will constitute a criminal offense, illegal, threatening, offensive, insulting and swearing, derogatory, defamatory, vulgar, pornographic, indecent, personality rights, damaging or similar nature in the nature of all kinds of financial content, legal, criminal and administrative responsibility for the content of the sender member / members are belong.
Related News