The Anti-Corruption Prosecutor's Office has agreed to file its investigation into the emergency contract for the acquisition of masks linked to Tomás Díaz Ayuso, brother of the president of the Community of Madrid, Isabel Díaz Ayuso, due to "the absence of evidence of the commission of criminal offenses ". 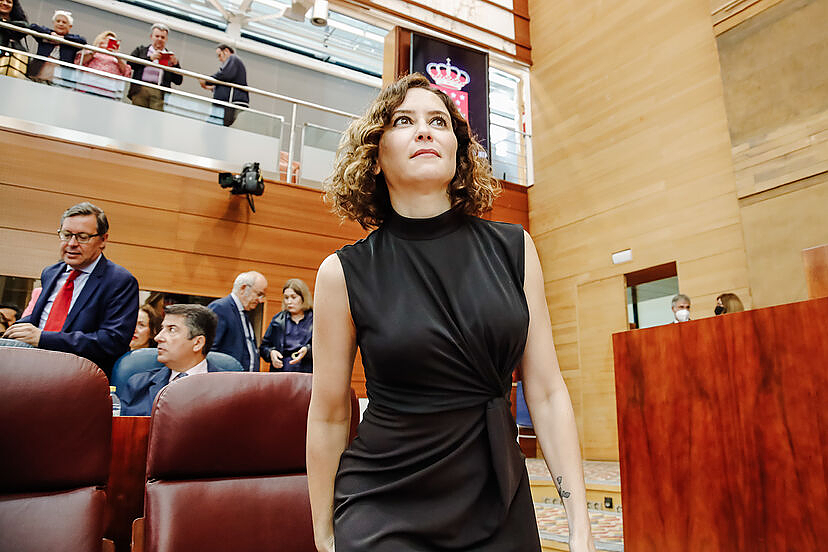 The Anti-Corruption Prosecutor's Office has agreed to file its investigation into the emergency contract for the acquisition of masks linked to Tomás Díaz Ayuso, brother of the president of the Community of Madrid, Isabel Díaz Ayuso, due to "the absence of evidence of the commission of criminal offenses ".

In a decree signed this Thursday, the chief prosecutor for Anticorruption, Alejandro Luzón, shelved the events denounced by PSOE, Podemos and Más Madrid without making "any pronouncement" on the "possible crimes of embezzlement" of European funds being investigated by the European Public Prosecutor.

This investigation by the community institution, which is still open, began because the aforementioned emergency contract signed by the Community of Madrid for the acquisition of masks during the pandemic was paid for with FEDER funds from the European Union.

Regarding Anticorruption, Luzón points out that the investigation carried out to date "has not highlighted any element indicating that Tomás Díaz Ayuso carried out actions, proceedings or procedures before the SERMAS --the Madrid Health Service-- or before any other organization or service of the Community of Madrid tending to obtain a favorable treatment for the company PRIVIET".

There is also no record, adds the Prosecutor's Office, that the president's brother "provided this company with any contact with public officials who, on the other hand and in accordance with the procedure followed by the Subdirectorate General for Procurement, was not at all necessary to present the offer".

Regarding "invoicing, payment and collection of the commission", the Public Ministry describes "the procedure followed as transparent". And it is so, he adds, while Tomás Díaz Ayuso, "in his capacity as self-employed, invoices in his own name, as a natural person, and for the real concept." Then "PRIVIET transfers the amount" to your account "and both comply with their corresponding tax obligations."

In the opinion of the chief prosecutor, the brother of the Madrid president "offers a coherent explanation about his intervention in the process of selling the masks, which is supported both by the documentary material provided by his representation and by the different witnesses who have testified" .

It is a story, that of Tomás Díaz Ayuso, which "is not overshadowed by the hypotheses put forward by the" denouncing parties and which, after conducting proceedings, "have not exceeded the threshold of mere suspicion or conjecture that does not allow advance, even provisionally, in an incriminating thesis".

In short, the collection of the commission "brings cause" of the work of the president's brother for PRIVIET, "consisting of adding value to the commercial process of this company through its knowledge of health management and the health market, suppliers and customers as well as the qualities and specifications of the products demanded".

This contribution, as the decree points out, "occurred in the sale of 250,000 masks to SERMAS but also in others", as has been "certified" by the representation of Tomás Díaz Ayuso with the provision of documentation related to several offers made by the company.

Finally, the chief prosecutor points out, Tomás Díaz Ayuso received a commission of 59,203.52 euros as a bonus agreed for obtaining the mask contract with the Community of Madrid.

Regarding Isabel Díaz Ayuso, the Prosecutor's Office highlights that "there is no direct or indirect intervention of the president in this file, nor of the mediation on her behalf of Tomás Díaz Ayuso before any official or authority."

Thus, and regarding a possible prohibition to contract with PRIVIET due to a situation of incompatibility, it recalls that "for this company to be subject to the prohibition of contracting, the person would have to be its administrator or shareholder of more than 10% and, in addition, conflict of interest with the contracting body, which is not the President of the Community or its Governing Council".

"It is not applicable to Isabel Díaz Ayuso because she has not intervened in the procedure, given that the Governing Council is not a contracting body in the Community of Madrid. In some ordinary processing contracts, it only has the power to authorize or approve its processing in advance, above certain thresholds of maximum bidding price that, in the case investigated, have not been exceeded", clarifies Anti-corruption.

Likewise, the Prosecutor's Office sees "significant" that in the emails that PRIVIET sent to the Subdirectorate General Tomás Díaz Ayuso "it appeared in a hidden copy." "So his intervention in the operation, giving technical advice to the company to prepare the offer, was unknown by the officials processing it," he adds.

But in addition, the decree ensures, "since it is an emergency contract, the action of the Governing Council is limited to the reception of the contractual information by the Ministry to which the contracting authority belongs."

"This is a mere receipt of information, once the contracting procedure has been concluded and that does not empower the Council to alter or annul the actions of the contracting body," concludes the Prosecutor's Office.

The filing of these proceedings comes after Anti-Corruption decided to investigate last February with the aim of "confirming or ruling out the criminal significance of the events denounced" by the three left-wing parties.

In its complaint, United We Can considered that Tomás Díaz Ayuso mediated with the regional government and that he obtained a "commission" for it. The PSOE understood that with this contract for the purchase of masks in the worst of the pandemic, "influence peddling" and "misappropriation of public funds" could have been committed; and Más Madrid pointed out in its complaint that there could be "bribery" and "influence peddling".

The regional president clarified after the initiation of proceedings that her brother charged 55,000 euros plus VAT from the Priviet Sportive company not for obtaining a contract with the regional Administration but for the collection of the steps taken to obtain the medical material in China and its transfer to Madrid. In addition, she delivered documentation in this regard to Anticorruption.