An oil field in the rehabilitation of flats

Spain could save three million tons of crude with an ambitious policy. 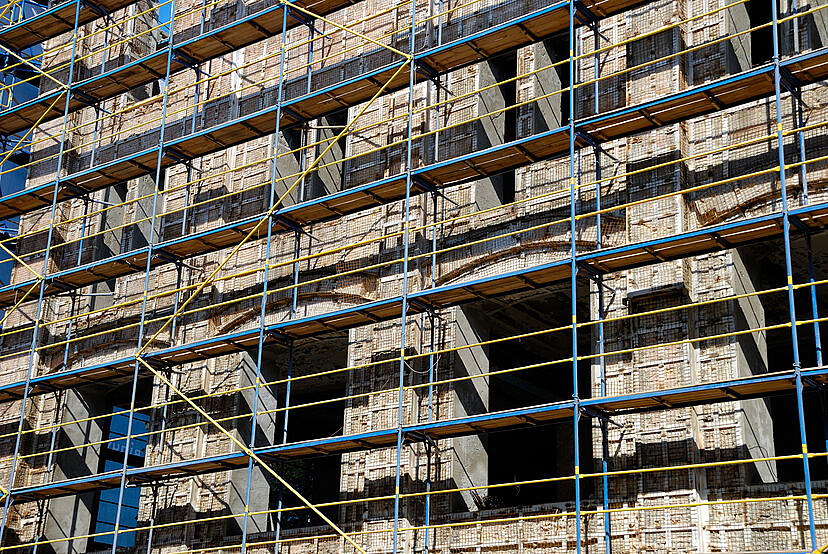 Spain could save three million tons of crude with an ambitious policy.

Spain is a country in which the rehabilitation of buildings has traditionally not been taken as a very serious matter. In fact, of the 25 million homes that the INE registered in its last census, in 2011, 1.7 million are in poor condition or worse. Therefore, from the state of buildings in Spain and the potential for energy savings that they could have if they were in a good situation, a question arises: How much would we save on energy?

The answer lies with Esade, which in a report, to which EXPANSIÓN has had exclusive access, reveals that it would be enough to stop depending on Russia for energy. The report is based on the national renovation plan submitted in 2014 to the European Commission, which proposed actions in two million homes and 700,000 non-residential buildings, but whose implementation did not even reach half a million renovations, adding the two categories of buildings.

If fulfilled, the energy savings achieved would reach 3 million tons of oil equivalent, a unit of measurement used to compare different energy sources. At the end of 2021, the Russian gas imported by Spain reached 3.3 million tons of oil equivalent. Put into practice, the rehabilitation of housing could be enough to fulfill the desire not only of Spain, but also of the European Union, not to depend on Russia for energy after the invasion of Ukraine that began at the end of February.

For this reason, Esade proposes three steps to carry out the development of buildings, what it has called the Marshall Plan for rehabilitation: a first phase of identifying public and private investments, so that citizens can learn about options in terms of rehabilitation ; a second to guarantee access to financing plans, through instruments such as a European loan instrument; and a last one of effective execution, with measures such as the insulation of attics and floors or the revision of thermostats.

Although the 2014 housing plan did not work as expected, with the European funds a new opportunity has come for Spanish real estate. The Spanish Government has decided to allocate 6,800 million to housing rehabilitation plans. Thus, the idea is to reach 2030 with 300,000 actions in real estate per year.

Among other data, the report highlights that 20% of the gas and 30% of the total energy consumed in Spain is in buildings, and that more than half of the first homes were built before the basic insulation requirements thermal were introduced, so the capacity for improvement is very high. It also denounces that the real rate of rehabilitation of Spanish homes between 2014 and 2019 was 0.08%, which means that the country is well below the 3% objective of the European Union.

In addition, it is committed to renewable solutions, such as the replacement of 10 million gas boilers with heat pumps, as well as the massive installation of solar panels on the roofs of buildings.

‹ ›
Keywords:
EconomíaVivienda
Your comment has been forwarded to the administrator for approval.×
Warning! Will constitute a criminal offense, illegal, threatening, offensive, insulting and swearing, derogatory, defamatory, vulgar, pornographic, indecent, personality rights, damaging or similar nature in the nature of all kinds of financial content, legal, criminal and administrative responsibility for the content of the sender member / members are belong.
Related News