Alhambra Venture is back, the pinnacle for talent

Alhambra Venture will be returning to Granada, Spain on July 12-13 to create synergies and connect entrepreneurs and investors. 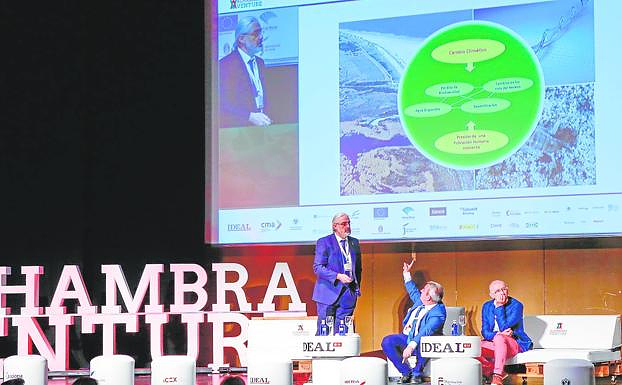 Alhambra Venture will be returning to Granada, Spain on July 12-13 to create synergies and connect entrepreneurs and investors. This ninth edition will once again aim to recognize Andalusian talent. This event will have many new features that make it the most ambitious among all others.

It has been nine years since more than 200 startups passed through its Academy. 24% of those who participated have received financing. More than 45 million euros have been invested.

After promoting the best startups from the country and internationally, the event has become the biggest entrepreneurship event in Southern Spain. Galgus and Froged are examples of such a company.

Alhambra Venture will have 25 finalists for the 2022 competition. They will present their projects to more than 100 investors to grab their attention. They will also compete for a cash prize worth 3,000 euros, for the most innovative or highest valued startup.

13 provinces were represented in the selection of startups. The majority of the chosen startups are Andalusian. However, there is representation from Murcia and Tenerife as well as Madrid, Zaragoza, and Madrid. With more than 200 investors confirmed, this edition of Alhambra Venture will be the largest. 25 of these investors are from the USA, Israel and France.

This year's awards are full of surprises. The jury will award a cash prize worth 3,000 euros to the startup that is most valued. This is a tradition. Investors will choose the "Most Investable Startup" in 2022 through a survey.

Alhambra Venture 2022 will give sector prizes to the best startup that uses and optimizes water.

Participants can participate in the drawing to win a tablet by being part of the event. They will need to complete a survey, vote for the startup they believe will win the edition, and then submit a ballot.

Alhambra Venture has once again presented a top-notch program. On July 12, and 13, the main players in the ecosystem will gather in Granada. The agenda will include the appearance of Wallbox, the unicorn led by Jose Maria Tarrago. Paco Avila, the current president and founder at MEDAC, will also be there. Algorand, one the most important projects in blockchain technology, is also confirmed. Lorenzo de Leo will present 'Developing Projects under the Algorand Blockchain'. This presentation will be the first by Algorand Accelerator's founder, Paco Avila.

Jason E. Klein from On Grid Ventures LLC arrives in Granada. Juan Montoya (CEO Rokk3r) also hails from the land full of opportunities. He will be participating in a panel titled 'Investing In Web3 Projects'.

Alhambra Venture was born out of a need that IDEAL confirmed. There were no connecting links between startups, alternative financing sources, and there was no way to connect them. The majority of Andalusian startup founders left the community in order to get financing. Consequently, the project went overseas many times.

It is a national benchmark and hundreds of applicants from all parts of the country have applied. Alhambra Venture ensures that startups don't have to leave Andalusia and has attracted potential talent to the region.

‹ ›
Keywords:
VuelveAlhambraVentureCumbreTalento
Your comment has been forwarded to the administrator for approval.×
Warning! Will constitute a criminal offense, illegal, threatening, offensive, insulting and swearing, derogatory, defamatory, vulgar, pornographic, indecent, personality rights, damaging or similar nature in the nature of all kinds of financial content, legal, criminal and administrative responsibility for the content of the sender member / members are belong.
Related News