He denies that he has taken steps to cut payments and promises to maintain the gas supply. 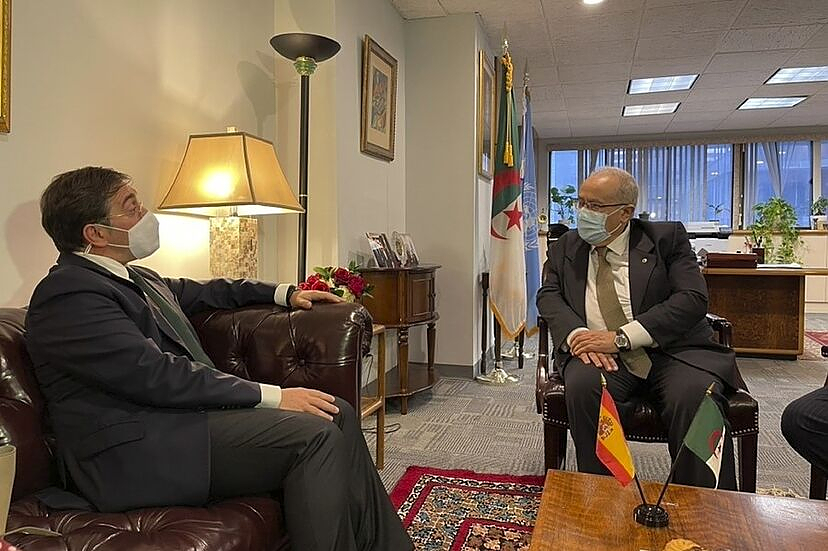 He denies that he has taken steps to cut payments and promises to maintain the gas supply.

The Algerian mission to the European Union this Friday denounced "precipitation" on the part of the European Commission, by supporting Spain in the diplomatic crisis due to the suspension of the Treaty of Friendship and Good Neighborly Relations, after assuring that the step taken by Algiers does not affect the agreement with the EU.

"The European Commission reacted, without prior consultation or any verification with the Algerian Government, to the suspension by Algeria of a bilateral political treaty with a European partner, in this case Spain, without ensuring that this measure does not directly affect any of the the two or indirectly their commitments contained in the Algeria-EU Association Agreement", the Algerian embassy before the European institutions has indicated in a statement.

The diplomacy of the North African country has denied that among the decisions adopted is to stop current transactions with Spain and adds that "it only exists in the minds of those who claim it and those who have rushed to stigmatize it."

Regarding the supply of gas to Spain, the Algerian diplomatic mission insists that it is up to the commercial companies "to assume all their contractual commitments".

The EU is Algeria's main trading partner, accounting for 46.7 percent of total Algerian transactions, according to European Commission data for 2019.

‹ ›
Keywords:
EconomiapoliticaEconomíaPolítica
Your comment has been forwarded to the administrator for approval.×
Warning! Will constitute a criminal offense, illegal, threatening, offensive, insulting and swearing, derogatory, defamatory, vulgar, pornographic, indecent, personality rights, damaging or similar nature in the nature of all kinds of financial content, legal, criminal and administrative responsibility for the content of the sender member / members are belong.
Related News