Alert for the Russian naval blockade and its impact on food

US and UK intelligence warn: shortages will imply political instability. 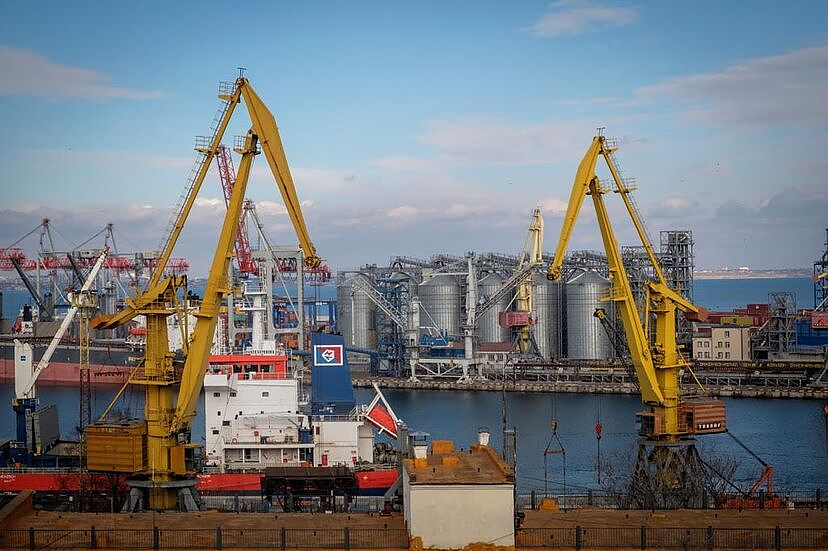 US and UK intelligence warn: shortages will imply political instability. London demands that Moscow stop "stealing" cereals in Ukraine for the "good of humanity".

The Russian aggression on Ukraine reaches its 92nd day this Thursday. In addition to the acceleration of the attacks in the east of the country, since Moscow's objective is to take the entire Lugansk region and the city of Severodonetsk -in Donetsk-, the impact of the war on the export of cereals.

The Russian blockade of commercial shipping in the northern third of the Black Sea continues and if this situation continues, a global food crisis will erupt that would have serious humanitarian, social and political consequences, according to two latest US and British intelligence reports, which have emerged. Yesterday.

Russia and Ukraine are two world pantries. Together, they represent 80% of world exports of sunflower oil, 29% of cereals and 19% of corn, and are also a major producer of fertilizers. The prices of all these products have skyrocketed since the beginning of the aggression and the only way to avoid a famine and the political instability that this would entail would be to allow the free movement of essential agricultural products from Ukraine. This is supported by a report from the United States published yesterday by The Washington Post.

His conclusions are similar to those of the last part of the British intelligence, which focuses on the blockade of Ukrainian cereals in warehouses and that they cannot be exported due to the lack of activity in merchant transport. So far, the fighting has put indirect pressure on global supply prices, as the Russian blockade has deterred the shipbuilding industry from operating in the northern third of the Black Sea. If the shortage of supplies continues, the price of basic foodstuffs will rise and for this reason, the British defense minister, Ben Wallace, invited Moscow to "leave Ukraine".

Wallace also demanded that the Kremlin "stop stealing" grain "for the good of humanity." The seizure complaint was also launched this week by the president of the European Commission, Ursula von der Leyen, in her speech at the annual meeting of the World Economic Forum that is being held these days in Davos (Switzerland).

Precisely, the agricultural shortage has been one of the issues that has focused the debates and yesterday, the Ukrainian ombudsman, Liudmyla Denisova, accused Moscow of sending to Crimea the grain stored in the regions that it has come to control, and recalled that These types of acts are prosecuted by international justice.

Also on war crimes, the European Union, the United States and the United Kingdom announced on Wednesday the creation of a group that will support the investigation of the Ukrainian Prosecutor's Office into indiscriminate attacks on the civilian population. For its part, Moscow denied having stolen food and asked to negotiate the launch of a corridor for ships and announced the reopening of the port of Mariupol, a city that fell last week.

The British Defense Minister also warned that the Russian navy will soon increase its threat in the Black Sea because the army on land is exhausting its capabilities, reports Efe.

‹ ›
Keywords:
EconomíaAlimentaciónEspecial Guerra De UcraniaGuerra Ucrania Rusia
Your comment has been forwarded to the administrator for approval.×
Warning! Will constitute a criminal offense, illegal, threatening, offensive, insulting and swearing, derogatory, defamatory, vulgar, pornographic, indecent, personality rights, damaging or similar nature in the nature of all kinds of financial content, legal, criminal and administrative responsibility for the content of the sender member / members are belong.
Related News 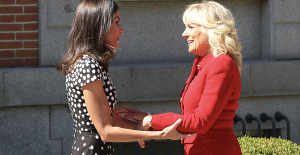 The Queen receives Biden's wife in Zarzuela in... 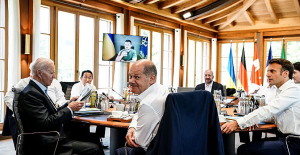 The G7 promises "indefinite support" to... 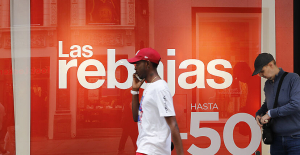