Agri-food exports continue to grow despite the crisis 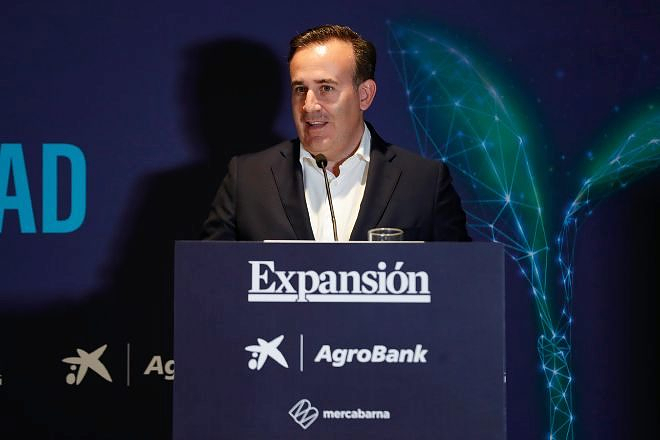 Catalonia's agri-food exports continue to grow. If in 2021 they smashed all the records, reaching 12,878 million euros, 12.3% more, in the first quarter of this year this trend has continued. In value, the increase is 7.66% in relation to the same period of the previous year and in tons, 2.29%. The rise reaches all subsectors -fruit, fine food, wine and oils, among others- except meat, due to the closure of borders imposed by China due to the outbreaks of African swine fever (ASF) in Germany and Italy.

The European funds -which include a specific strategic plan (Perte) for agri-food- and the new Common Agricultural Policy (PAC) will entail an investment until 2027 of more than 50,000 million euros throughout Spain. They will be a "turning point" that we must know how to take advantage of, in the words of Sergio Gutiérrez, corporate director of AgroBank, the CaixaBank subsidiary specializing in agri-food.

This was stated in a conference on the transformation of this sector that EXPANSIÓN organized in Barcelona. "If Spain wants to be a more relevant country on the international scene, from the point of view of production, it must adapt to a more innovative culture", to introduce improvements that affect the "day to day" of producers and the processing industry, he stressed. .

In Catalonia, a third of the production is exported, according to the latest official data. "Exporting is very important because it allows farmers to capture global income," declared Jordi Valls, general director of Mercabarna, the most important wholesale market for fresh produce in Southern Europe.

In this sense, Prodeca - a public company of the Generalitat dedicated to the promotion of agri-food exports - summoned businessmen and producers to be attentive to what is happening in the world. Its managing director, Ramon Sentmartí, recalled that "Africa will double its population by 2050" and that in several countries its inhabitants consume less protein than necessary. These are two "opportunities" that Catalan firms must know how to take advantage of, he stressed.

It is a message that was also conveyed by the Secretary General of Climate Action of the Generalitat, David Mascort, who stressed that the Catalan agri-food sector has shown its "resilience" in recent years on multiple occasions. This is what happened with the Covid-19 pandemic, meteorological phenomena such as storms Gloria and Filomena- and now, with the consequences of the Russian aggression on Ukraine and the latest forest fires. "The vineyards help stop the fire", something that exemplifies very well the strength of the sector.

The general director of Rural Development, Innovation and Forestry Policy of the Ministry of Agriculture, Fisheries and Food, Isabel Bombal, stressed that the agri-food industry is also key to a very important challenge: combating depopulation. She valued public policies to guarantee generational change and also defended "the promotion of the presence of women both in agricultural and livestock activities and in decision-making bodies."

Another challenge is the commitment to sustainability. On the day, several companies disclosed their innovative experiences. The general director of Ametller Origen, Josep Ametller, presented the "pioneer in Europe" agropark that he promotes in Penedès, very close to Barcelona, ​​which revolves around the circular economy and which, he explained, "can be a solution to produce food closer to the metropolis". The agropark will generate biomethane to feed its fleet of vehicles, and the resulting CO2 will be used as fertilizer.

Josep Presseguer, general director of Fruits de Ponent, a group that includes five cooperatives, explained the use they make of artificial intelligence. "Through non-destructive methods, it allows us to know the amount of sugar in the fruit, its hardness, its degree of maturation, monitor its placement in the chamber and also its transport," he indicated.

From the multinational Nestlé, its sustainability expert Pedro Ruiz stressed that 100% of its packaging will be recyclable in 2025 and that "investments must be accelerated" to decarbonize the economy. At the Nescafé plant in Girona, they produce biomass from coffee grounds, and in Valladolid, they have just started an agricultural pilot experience that "regenerates" the soil.

Legal changes are also driving the transformation of the sector. From the RocaJunyent law firm, his partner Manuel José Silva presented the novelties of the Food Chain Law, which puts an end to "fraudulent" commercial practices, including unilateral price fixing.

‹ ›
Keywords:
CatalunyaCataluñaEconomíaAlimentación
Your comment has been forwarded to the administrator for approval.×
Warning! Will constitute a criminal offense, illegal, threatening, offensive, insulting and swearing, derogatory, defamatory, vulgar, pornographic, indecent, personality rights, damaging or similar nature in the nature of all kinds of financial content, legal, criminal and administrative responsibility for the content of the sender member / members are belong.
Related News