A tax reform with an uncertain future

The Treasury has agreed with Brussels to bring Spain's collection levels closer to the European average based on the redesign of the tax system devised by its committee of experts, but inflation and the war have left the measure up in the air. 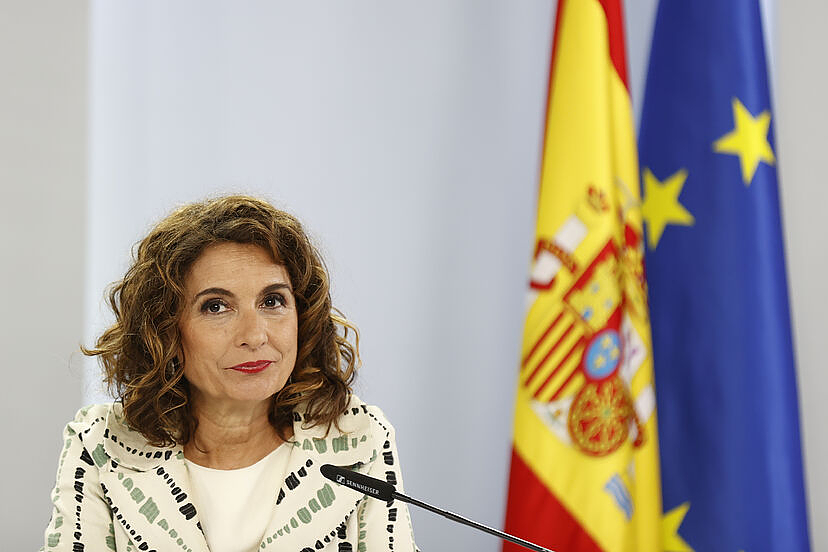 The Treasury has agreed with Brussels to bring Spain's collection levels closer to the European average based on the redesign of the tax system devised by its committee of experts, but inflation and the war have left the measure up in the air.

Once the labor reform and the first part of the pension reform have been completed, the Government has yet to address the redesign of the tax system, the third major pillar of the structural reforms that Spain has committed to with Brussels in exchange for aid from the Recovery Mechanism. Although the starting signal for the process was going to be the publication of the White Paper on the reform commissioned by the Treasury from a committee of academic experts, its delivery -at the start of March- coincided in time with Russia's invasion of Ukraine, a conflict which has contributed to slowing down the economic recovery after the pandemic and raising inflation. The upheaval has been such that the Executive has put the brakes on fiscal redesign, whose horizon and depth remains, for the time being, up in the air.

The White Paper contains an ambitious battery of measures to allow Spain to reduce the gap in tax revenues it obtains annually compared to the European average, close to 40,000 million euros, advocating developing environmental taxation or progressively moving towards a single rate of VAT to enter up to 35,000 additional million. The report also proposes making adjustments in Companies and Personal Income Tax and devotes special attention to the proposal to harmonize regional taxation by setting common minimums in Assets and Inheritance and Donations. However, upon receiving the text, the Minister of Finance, María Jesús Montero, clarified that the tax reform is a "medium-term" project, which must be "paced at every moment", which given the current situation of economic uncertainty It led him to rule out that "no tax increase will be taken immediately".

Despite the fact that sections such as regional tax harmonization are committed to Brussels for the first quarter of 2023, the Government now links this measure to the remodeling of the regional financing system, which has been pending for years and would require a long prior negotiation. In addition, the Executive defends that the tax increase measures will be postponed until the economic recovery from the Covid crisis is consolidated, which after the last growth review will not occur until next year.

For the moment, the extension of the suspension of the community fiscal rules has given air to the Treasury, which has promised Brussels to reduce the budgetary imbalance of the excessive deficit threshold of 3% by 2025, thanks mainly to the cyclical growth of the GDP and the reduction of the cost associated with Covid. In parallel, the runaway inflation, which grew to 9.8% in March, has helped boost tax revenues by 20% at the start of the year to record figures in the first quarter, which will help reduce the fiscal hole and pay for the shock plan approved to alleviate the effects of the war.

All in all, the Stability Program submitted to Brussels maintains that "the Spanish tax system, and public revenues in a broad sense, has room for growth in the medium term" that "this Government is determined to promote", with increases in taxes and new figures. A process that he admits as "crucial" to guarantee "the sustainability of the pension system", which indicates that in the medium term - in the absence of seeing whether before or after the general elections scheduled for 2023 - the Treasury plans to reactivate the tax reform.

‹ ›
Keywords:
Especiales36aniversarioEconomíaAniversario ExpansiónDéficit PúblicoImpuestos
Your comment has been forwarded to the administrator for approval.×
Warning! Will constitute a criminal offense, illegal, threatening, offensive, insulting and swearing, derogatory, defamatory, vulgar, pornographic, indecent, personality rights, damaging or similar nature in the nature of all kinds of financial content, legal, criminal and administrative responsibility for the content of the sender member / members are belong.
Related News