Yes, there will be bankruptcies and layoffs, warns The Mayor

following his interview granted to the Figaro this morning, the minister of the Economy Bruno The Mayor was questioned on Europe 1 . "Yes, there will be bankru 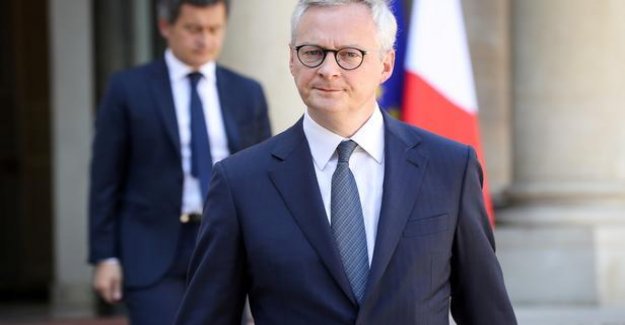 following his interview granted to the Figaro this morning, the minister of the Economy Bruno The Mayor was questioned on Europe 1 . "Yes, there will be bankruptcies and layoffs in the coming months", he warned. "It is necessary to anticipate this movement (...) and encourage the resumption of activity", he continued. When asked about the gradual decline of the part-time unemployment, from the 1st of June, while the employers ' organisations and trade unions calling for its retention until this summer, the boss of Bercy responded that "this is not a normal situation for the State to take care of 100% of salaries". So, let gradually a remaining burden to business, "is to encourage the economic recovery, and it is this that will create employment", he argued.

The minister also reacted to the situation at Renault, in great difficulty, like the automotive sector and with which the State intends to sign a loan agreement guaranteed to the tune of 5 billion euros. The group, the diamond would consider in the same time the closure of the three French sites. "We will sign when we have the strategy of Renault", he explained. "Nobody could understand that one brings help, and on the other side there is no commitments (...) we are in discussions with the constructors," said Bruno Le Maire, recalling that Emmanuel Macron will present the recovery plan in support to the sector in the next few days. "Yes, Renault could disappear, we need to be clear", granted leave to the tenant of Bercy. "The factory of Flins must not close, it is the position of the government has looked carefully at all of the sites", he said while stressing that a "veto" to the layoffs is "not economically viable".