Post a Comment Print Share on Facebook
Famagusta 29
DOLLAR 16,81
EURO 17,55
GOLD 975,51
BIST 2.405,98
Valencia and Alicante generate up to 30% of the business of MSC Cruises...
After being received in Fuengirola, the hell of a 12-year old girl
Two young men were sentenced to less than three years for abusing a woman...
Acrismatic begins construction of Ondara casino
K Fund leads a $1.5 million round at Web 3 firm Rungie
What caused the Depeche Mode keyboardist's death?
Delax allocates 7 million to build the first European mattress recycling...
Torres buys the Valdamor winery to grow in Galicia
Luis Enjuanes, a CSIC virologist, warns about the dangers of omicrons...
The Supreme Court raises to Europe the 'macro-demand' on floor...

The synthetic index of "Moral decision-makers" is the average of the indices collected on each of the recurring questions of the barometer of the decision-Makers "Viavoice-HEC Paris-The Figaro-BFM Business". The questions, always the same, number 5: do you think that within a year, the level of life in France overall will it improve or degrade? The number of unemployed will diminish it or increase it? Your financial situation will it improve or degrade? Your employees are they currently motivated or not motivated? the opportunities to advance your career are important, or weak? For each question, the index is the difference in the percentage of positive responses and negative responses.

see also : For all the economists, the worst is ahead of us...

-12 last year in September, it had recovered to its level of may 2018, after falling to -29 in the beginning of the year 2019 in the midst of a crisis of the "yellow vests" and be moved up to -11 and -15 during the previous two waves in June and July. At the end of November, it got down to -19, and then -22 in January because of the conflict on pensions. Crisis of the coronavirus oblige, he has plunged to -41 at the end of march and now stands at -43, the lowest since six years.

Now, Viavoice, and HEC Paris will present their analysis on the subject every two months, each publication in The Figaro of the "Barometer of the decision-Makers". This new wave - the number 15 - was conducted from may 14 to 18, with a sample of 400 decision-makers, to be representative (according to the method of quotas applied to the criteria of sex, age, public sector or private sector) of the population of executives residing in metropolitan France. 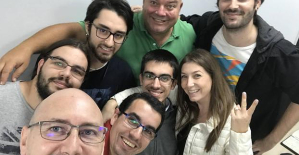 Nivimu is a startup that allows you to manage your... 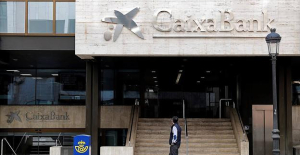 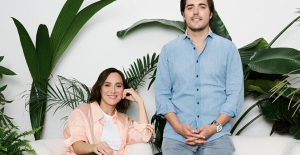 Tamara Falcó and a founder of The Power MBA acquire...