The SNCF and the regions will launch a major promotional operation to re-TER this summer, including a small prize, a pass to young, and the recognition of annua 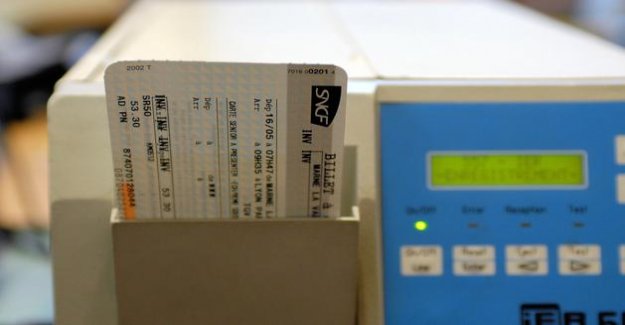 The SNCF and the regions will launch a major promotional operation to re-TER this summer, including a small prize, a pass to young, and the recognition of annual subscriptions in all other regions in July and August.

Christened "TER of France", this operation aims to "restore the confidence and desire in this mode of transport with many advantages", said in a joint statement Friday, the public company and the eleven regions organizing of the TER (all regions of metropolitan france, except for the Ile-de-France and Corsica).

like what it does for the TGV and City, the SNCF will put on sale 2 million tickets TER of 1 to 10 euros from 22 June.

The company and the regions will also provide a "one-Pass young TER Of France", which will allow young people 12 to 25 years to travel freely throughout the network TER for 29 euros per calendar month, in July and August.

"The objective is to facilitate the mobility of young people, who represent 40% of guests TER," explained the partners of the operation.

Finally, 130,000 holders of an annual subscription TER will be able to travel free on the regional trains of the other regions in July and August.

The SNCF will at the same time launching a tourist map interactive and strengthen its bid TER to facilitate the access to the main sites, according to the release. A direct line will, for example, be created between Paris and Pontorson/Mont-Saint-Michel (Manche).

"The recovery is very slow, it is currently around 25% of a common traffic for the TER", explained to AFP Frank Lacroix, the executive director TER SNCF. "It is essential that you ring the time of the stimulus!"

"We said, with the regions: one is in an exceptional situation, so we need to put in place exceptional measures (...) to get the French citizens in the trains and the TER", he added.

regional trains "earned a travelers' all the days before the Covid," recalled the manager. "After the health crisis, the time is set to rebound. This operation "TER of France" comes to strengthen the mechanism of recovery of each region," said Renaud Muselier, president of the region Provence-Alpes-Côte-d'azur and the association of Regions of France.

read also : The SNCF removes some of the trains planned this summer

"This is a transaction in favour of the youth. It is an operation to support the tourism sector in each of our territories!", he noted, as quoted in the press release.

see also - Déconfinement: how SNCF can remain profitable with the social distancing