The Commercial court ordered Axa to indemnify a restaurateur parisien 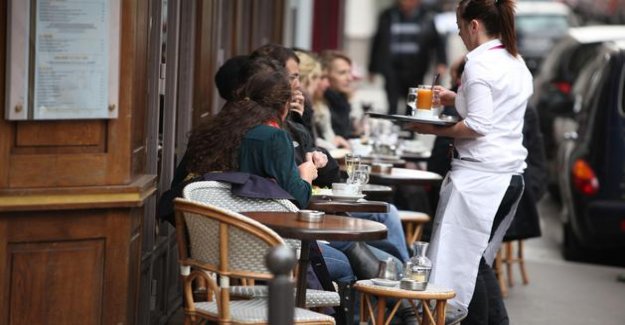 The commercial court of Paris has ordered on Friday to the insurer Axa to indemnify a restaurateur in paris at the height of a two-month loss of turnover due to the containment, a first monitored closely by the sectors of insurance and the restoration, a-t-on learned from his lawyer. Axa has announced that it would appeal.

read also : The restaurateurs and café owners have sounded the alarm

Stéphane Manigold, who owns four restaurants in Paris, had submitted to the court to obtain that Axa indemnifies its operating losses. "This is a victory collective", he responded. The conservator reported "the explosive allegation of Axa France, which argues that" the government decree of march 14, announcing that facilities such as the restaurants could not accommodate the public, "does not constitute a decision of closure".

"today, it is a great time for all the small and big bosses who suffer, who have given me the energy to beat me. Axa has put the means disproportionate to destroy us. We played against a multinational, and we won," said, tears in the voice, Stéphane Manigold.

Axa had argued that its contracts did not support a "loss of operating decisions by ministerial orders prohibiting widespread public access to certain facilities to combat the spread of a virus". "The court has given us two and a half months on our gross margin." Axa explains that this disagreement "will be the subject of a debate on the merits, which could not take place before the interim relief judge".

An arm of iron objects for weeks hoteliers, restaurant-owners and insurers, the latter opponent is mostly a no-receive requests to cover operating losses. Restaurants and café owners will know in late may if they can re-open as of June 2, in the departments classified as "green".

55,000-sector institutions, cafes, hotels, restaurants, clubs - a total that by 94,000 tourism businesses - have already obtained a loan guaranteed by the State.

SEE ALSO The restaurateurs are they victims of an injustice ?