Resumption of flights in Europe : where are the airlines ?

The airline finally see glimpses of a partial recovery of their flight programs in June, after two months of near-inactivity. To the extent that the restriction 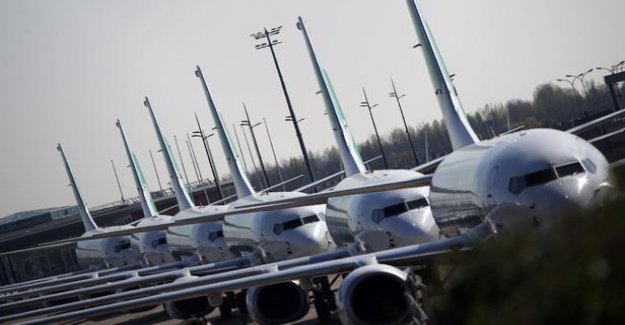 The airline finally see glimpses of a partial recovery of their flight programs in June, after two months of near-inactivity. To the extent that the restrictions of borders and limitations of mobility in the world will be lifted, they will adjust their forecasts in the weeks to come. The flight plans will be regularly re-evaluated according to the situation of the epidemic of the Covid-19, of the application and of the sanitary measures, whose contours have been defined by the european Agency of air security (EASA) and the european Centre prevention and control (ECDC). Here is the main information known about the resumption of flights in June.

Since the end of march, Air France is one of the only airlines to operate on French soil. It contributes between 3% and 5% of its flight schedules as usual. "By the end of June", according to the company, and subject to "the lifting of restrictions of travel," Air France "intends to gradually regain its flights with an increase in" gradual "in the number of frequencies and destinations", especially to and from metropolitan France, the overseas departments and Europe. The company is planning to ensure at the end of June 15% of the capacity is habitually compared to the same period of time. Since 18 may, the programme of national and international flights is up to date until 30 June 2020.

Here are the programs that are available to and from the airport of Paris-Charles de Gaulle airport : 15 cities in metropolitan France, 5 overseas, 41 destinations to Europe, 6 to the Near and Middle East, 6 towards the America of the North, 2 to South America and 5 to Asia.

departures from and to Lyon-St. Exupéry are also provided with 11 cities served only on national lines.

flight details for the months of July and August will be published at the beginning of June 2020.

Easyjet wants to resume some flights from the 15th of June

The low-cost airline in the uk has announced Thursday, may 21, that it was considering the resumption of some flights from the 15th of June, the majority of the programs "inside the United Kingdom and France". These flights will be "mainly national, from 21 airports in europe", is it stated in a press release. In France, departures from Nice, Paris, Toulouse, Nantes, Lyon and Lille are planned.

over the relaxation of the measures of restriction of movement of traffic, the company will announce routes complementary.

Ryanair wants to fly in July

More than 99% of the devices of the low-cost airline, the irish are nailed to the ground and the rest of the fleet provides service between Ireland and the United Kingdom.

put in mandatory quarantine for passengers arriving on the soil of the United Kingdom, announced on Friday 22 may by the british authorities, the risk of thwarting the forecasts of Ryanair. The irish company said in the Figaro on 12 may last, "that, from 1 July, we intend to ensure that 40% of our normal program, nearly 1000 flights per day, compared to 30 today," according to its commercial director David O'brien. If this announcement was already conditioned to the lifting of the restrictions of borders, it is now also dependent on the requirement of quarantine, since a large part of its programme of flights is from the United Kingdom.

The editorial team conseilleQuand will travel-we again abroad? The latest info to connaîtreLe air transport to the track with an arsenal anticoronavirus for redécollerCovid-19: the airlines nailed down the ground to long moisSujetscompagnie aérienneCovid -19Aucun comment