The american businessman Jack Welch, who built General Electric (GE) and made it one of the jewels, american industrialists, has died at the age of 84 years, on 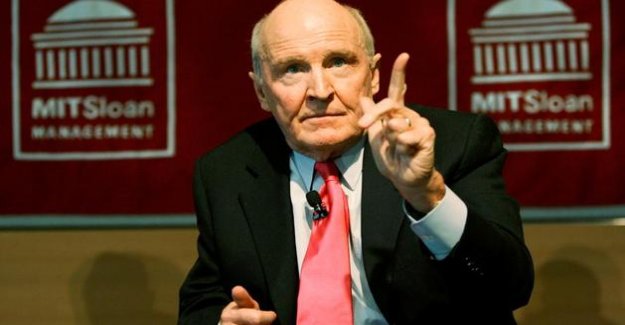 The american businessman Jack Welch, who built General Electric (GE) and made it one of the jewels, american industrialists, has died at the age of 84 years, on Monday announced channel CNBC, citing his wife Suzy.

read also : "The result of the sale of Alstom is catastrophic for employment and for our sovereignty"

Jack Welch, the son of a train driver, has led GE for 20 years. He made a sprawling conglomeration with activities in the media and the entertainment industry (NBCUniversal), finance (GE Capital), health, home appliances, and aerospace. The market capitalization of the company increased from $ 12 billion when he took over the reins 410 billion at the time of his departure.

Dubbed "manager of the century" by Fortune magazine in 1999, he was also known for his propensity to throw cures of austerity measures including thousands of job cuts. Jack Welch, who wanted all of the divisions of GE are leaders in their field, had a board for the leaders and his lieutenants: when an activity goes wrong, "straighten it, close it or sell it".

John Francis Welch was born in November 1935 in Peabody, Massachusetts, in the north-east. A graduate of the university of Massachusetts Amherst in chemical engineering, he obtained a doctorate in 1960 from the university of Illinois. He joined GE in the same year as chemical engineer in the plastics division and has climbed then the ranks to become vice-chairman of the board of directors in 1979. This promotion will lead to his appointment as CEO in April 1981 at the age of 45 years. He will leave office in September 2001, just days before the September 11 attacks.

His successor, Jeff Immelt inherited a company certainly in good health, but his reign was marked by the September 11, the bursting of the internet bubble, the financial crisis and the global awareness on global warming. Jeffrey Immelt had to sell the family jewels, including NBCUniversal and GE Capital, leaded by the subprime mortgage crisis. This was the beginning of the descent to the underworld of GE, which has been ejected from the Dow Jones, the index feature of Wall Street, and fight for its survival.

Married three times, Jack Welch leaves a wife, Suzy, journalist, married in 2004, and four children from his first marriage. After his retirement from GE, this support of the republican Party became a regular speaker on the channel of financial information for CNBC, wrote books and gave lectures.

The editorial team conseilleGeneral Electric will pay 50 million in penalties for not having created emplois10 commentairesAsimonle 03/03/2020 at 09:15

Mr. Welch has created a monster, and it is self-devoted high priest of the business. a
Very religious, all of it....

Welch wanted to buy everything huge omelet in the spirit of the time of its intervention in finance has put ge in bankruptcy
He did not deserve his reputation as a manager of genie !!!!!

Macron's going to do his homily, he who has sold alstom