Insurance : The pandemic was a systemic risk, therefore non-insurable, defends the profession

In recent weeks, the issue of compensation of losses of the operating companies and independent consecutive to the crisis of the Covid-19 has given rise to many 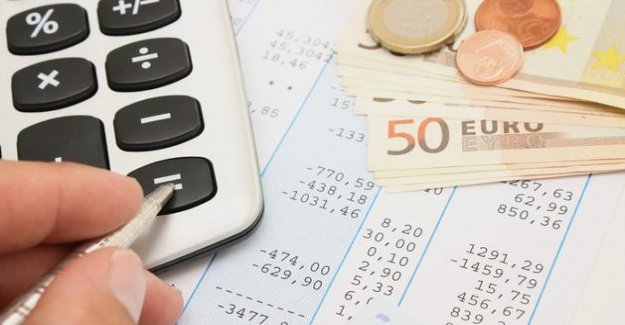 In recent weeks, the issue of compensation of losses of the operating companies and independent consecutive to the crisis of the Covid-19 has given rise to many controversies. Some entrepreneurs, especially bosses of small and medium-sized enterprises, accuse indeed the assurances of "don't play the game".

read also : Pandemic : a contractor goes in front of the headquarters of his insurance to claim for damages

"We all pay a guarantee of operating losses but no one was prepared for an event of such magnitude. There is no specific clause for this type of event", recently explained the manager of a hostel in the Figaro . On may 22, in a court decision is awaited, the tribunal de commerce of Paris was given because, in the interim, a restaurateur in paris which had been assigned to Axa after its refusal to compensate the operating losses of one of its institutions. Stéphane Manigold, at the head of four parisian restaurants, it was found that the insurer was diverting its contractual obligations. On 6 may, the minister of Economy, Bruno Le Maire, himself had asked insurers to show more solidarity.

"The pandemic was a systemic risk, therefore non-insurable"

In an interview with Argus insurance, The president of the French Federation of insurance (FFA), Florence Lustman, has reacted to the controversy concerning the attitude of the insurers on the supported operating losses. According to it, if the systemic risk remains uninsurable, certain contracts are, however, a margin of interpretation.

"I believe that there has been a gap between a side of the insured who - in good faith - believed to be covered by their contracts, operating losses, and the other insurers who claimed to also be of good faith that the risk of pandemic was clearly excluded from their contracts. And one can understand that for most of these OFWS in distress, the contracts of operating losses are appeared as a lifesaver," says Florence Lustman. And to continue : "Next to insurers, we have repeated since the beginning of the crisis that the epidemic was a systemic risk, and thus, not insurable. Over time, it became apparent that a small fraction of the contracts could still leave a margin of interpretation, with the provisions which had been drafted at a time when no one would, of course, imagined the situation that we know today."

The patron saint of the FFA also explained that "this crisis will affect insurers, but not all to the same degree". Thus, details-she said, "some can afford gestures trade more important than others".

New device in case of an exceptional event

Currently, the French Federation of insurance (FFA) participates in a working group organized by Bercy in order to create a new device insurance to cover the business in case of an exceptional event such as the Covid-19, as the remind our confreres of the Argus of insurance.

"Our ways of thinking is based on a system of public-private in the picture of the plan of natural disasters, which would have to be very effective in the event of a major crisis. The compensation should be prompt, and therefore forfaitisée. It is a solution which is realistic and less expensive than if one ambition was to support all of the operating losses", explains Florence Lustman. And to clarify : "She would be focused on the TPE/SMES, in the front line in this crisis. The large companies have special needs, and ways that are not available to most small. Finally, we can imagine to link these guarantees to insurance contracts covering fire or operating losses".

Last point, Florence Lustman believes that "the crisis is deep" and that "the insurers are going to be intensely affected." "We are currently analyzing the different impacts on the sector," she continued.

The loss experience in different economic sectors (such as automotive), bad debts, depreciation of assets or the cost of the gestures of solidarity of the sector will weigh on the financial situation of insurers. In total, according to the FFA, the impact of the crisis on the French insurance sector could rise to 9 billion euros.

The editorial team conseillePandémie : a contractor goes in front of the headquarters of his insurance to claim for damages"If the State does not play the game, it will be a disaster" : how a hostel prepares the repriseSujetsCovid -19AssuranceAucun comment