France wants to control her on the ground the whole chain of production of the paracetamol in the next three years, announced Thursday the ministries of Economy 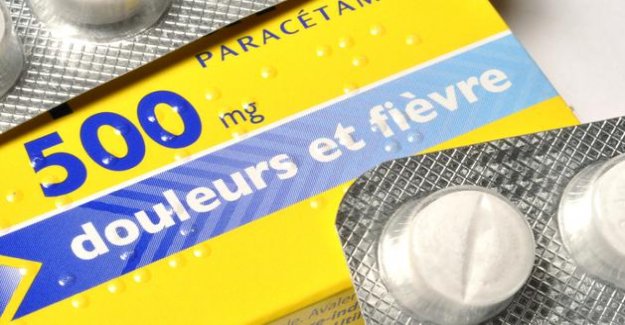 France wants to control her on the ground the whole chain of production of the paracetamol in the next three years, announced Thursday the ministries of Economy and Health, two days after the president's call Macron for the relocation of certain medications. "The work is thus engaged with Seqens, Upsa and Sanofi to that, by 3 years, France will be able to reproduce, package and distribute paracetamol," said a joint statement of the secretary of State to the ministry of Economy, Agnès Pannier-Runacher and the minister of Health Olivier Véran.

read also : Relocation : what activities should we do back in France, and how ?

"As of Thursday, we will launch an initiative for the relocation of some production-critical", had announced on Tuesday the president of the Republic at the end of the visit to a factory Sanofi in Marcy-l'etoile, in the Rhone. "No one can conceive that France is a day in the inability to allow everyone to access to care, treatment and drugs" builds on Thursday, Olivier Véran.

In February, a report commissioned by the government made several recommendations on potential shortages of essential drugs. "On this basis, the FSB (strategic Committee for the sector of Industries and Technologies in Health, editor's note) will develop an action plan which will be based on the census of industrial projects that may require relocation, taking into account their feasibility, socio-economic, environmental externalities and social, as well as eligibility criteria for support measures at the national and european", continues the press release. "The relocation of the production of active ingredients of paracetamol on the national territory will be a prime example of this approach", he concludes.

Strong demand for Doliprane at the beginning of the containment

At the beginning of the containment, there has been a strong consumer demand for Doliprane in which the active ingredient is paracetamol, a painkiller recommended to treat fever and pain, but no break in the supply chain.

The press release also complements the measures announced Tuesday by the president Macron, and in particular the establishment of an envelope of 200 million euros by 2020 to finance production facilities in the pharmaceutical industry. "The government has already selected six projects for a total amount of 78 million euros," he says before detailing the names of laboratories retained: Abivax, Innate Pharma, Inotrem, Osivax, Xenothera and Genoscience.

For the other 120 million euros, a call for expressions of interest was published on Thursday in order "to identify investment projects that will grow very quickly the production of drugs involved in the care of patients with the Covid-19", explain the two departments.

read also : Relocations: the five areas on which implementation of the Elysium

Finally, eight French projects have been selected in the framework of the call for project of EIC (European Innovation Council), launched in march 2020 and will be awarded the amount of 57.4 million euros to fund their research. Four of them (Cypheme, Archeon, Osivax and Xenothera) are directly related to the research on the Covid-19, while the other four (Pkvitality, Exeliom Biosciences, Carthera and Cristalens Industry) are more general.

The editorial team conseilleDans hospitals, stocks of equipment and medicines difficult to reconstitute"France should focus on relocation of production of high technology", 8 commentairesvancele 18/06/2020 13:10

The active ingredient in paracetamol come from the US...

Do the work of the French poor HR .

"to be able to reproduce, package and distribute"
replicate : to copy or re-produce with stopped ? It is génériqué so we can copy the recipe. a
Produce would be well.
This is the only product affected ? If it takes 2-3 years per molecule, in a century it will get better. :-) 40 molecules repatriated.
It will export in EU, I hope at least that the German chemical industry does ? (re)Produce for 500 million people it is 'better' for 67 million, which is a factor of scale. My 16 capsules (generic) 0.5 g make me 8 years old in general, it goes beyond the DLC, but it is stable as a molecule. The drugs are not candy, even free.