Disneyland Paris will reopen in stages starting on 15 July

After a four-month closure, Disneyland Paris will re-open gradually to the public from 15 July, with a capacity reduced and the mask-wearing mandatory for visit 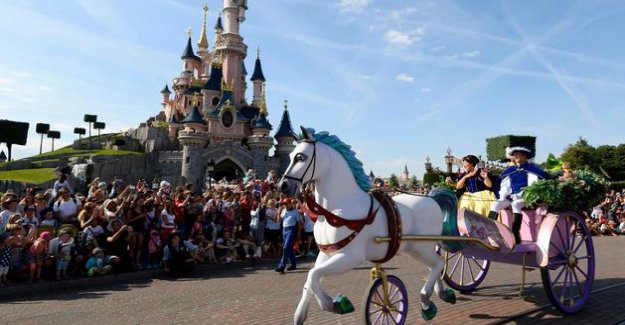 After a four-month closure, Disneyland Paris will re-open gradually to the public from 15 July, with a capacity reduced and the mask-wearing mandatory for visitors since 11 years, announced Monday 22 June at the AFP, the first tourist destination private in Europe.

The site - which no longer communicates its number of visitors from 2015, the year in which it had welcomed 14.8 million people - is located in Marne-la-vallee, Ile-de-France region, the area remained classified as "orange zone", until the 15th June due to the pandemic.

The French subsidiary of The Walt Disney Company has announced that the reopening will be "with a limited capacity," without specifying the gauge chosen. The ticket reservation or the reservation will be mandatory and will only be done online. Employees and visitors alike, from the age of 11 years must wear a mask on the entire site.

A number of""experiments, performances or events will not be available, or may be modified," said pars. And the famous parade and the night show "Disney Illuminations" will not take place and "will be back at a later date". Similarly, the shows The Lion King and the rhythms of the Earth and The Rhythm of the Jungle will return later this summer".

Finally, the "meetings" with the mascots will also be "temporarily suspended", even if they will be present on the site "to amuse the audience in a new way".

Side lodging, a premier hotel (Disney's Newport Bay Club) will reopen on 15 July and others will follow during the summer.