Coronavirus : Air France-KLM plight of its fleet its 9 large carriers like the A380

the End of the route to the giant of the skies. Air France-KLM announced Wednesday, "the definitive cessation of operations" of its nine large carriers like t 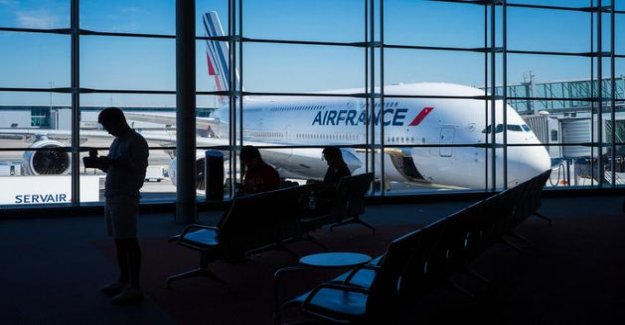 the End of the route to the giant of the skies. Air France-KLM announced Wednesday, "the definitive cessation of operations" of its nine large carriers like the A380, initially scheduled to end in 2022, due to the impact of the crisis of the coronavirus on its activity. "Faced with the crisis of the Covid-19 and taking into account its impact on the levels of activity anticipated, the Air France-KLM group today announced the definitive cessation of operations of the Airbus A380 of Air France," says the group. "Five of the Airbus A380 of the current fleet, are the property of Air France or leasing, the remaining four are in lease operating," said the group in a press release.

read also : Before his fiasco, the A380 has encouraged the emergence of a european giant

"Originally planned for the end of the year 2022, the withdrawal of the fleet of Airbus A380 is part of the strategy for the simplification of the fleet of the Air France-KLM group, which aims to make it more competitive, continuing its transformation with aircraft that are more modern, more powerful and whose environmental footprint is significantly reduced," he continued. "The Airbus A380 will be replaced by devices of new generation, such as the Airbus A350 and the Boeing 787, for which deliveries are in progress", he says.

Air France-KLM has accused a net loss of 1.8 billion euros in the first quarter, affected by the first effects of the Covid-19 on the air transport in march, and has the prospects very dark until the third quarter. It had announced in July that for reasons of cost-effectiveness of the device, more expensive fuel and more polluting than past generations of long-haul aircraft, it would cease to fly the giant of the skies that Airbus had announced in February, the end of the production. "The overall impact of the depreciation of the fleet of Airbus A380 is estimated at 500 million euros and will be recorded in the second quarter of 2020 in the income statement non-current", depending on the group.

SEE ALSO A380 : a big mess ? The analysis of Gérard Feldzer