The european Commission opened on Tuesday two surveys in parallel against Apple, on suspicion of anti-competitive behaviour on the App Store and its mobile paym 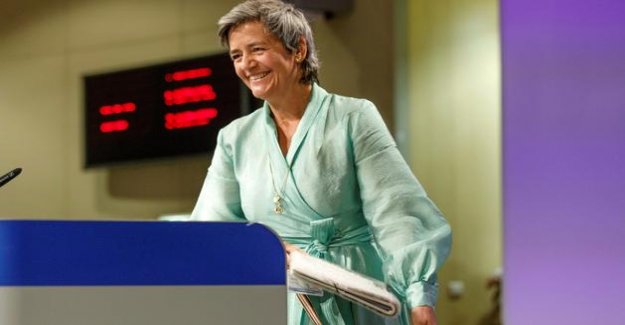 The european Commission opened on Tuesday two surveys in parallel against Apple, on suspicion of anti-competitive behaviour on the App Store and its mobile payment system Apple Pay. This investigation followed two complaints, one of Spotify and the other a distributor of digital books. According to the Financial Times, the second complainant would be Kobo.

"ll seems that Apple holds a key role of "gatekeeper" (the guardian) when it comes to the distribution of applications and content on its smartphones and tablets very popular, " says the vice-president of the european Commission in charge of competition policy, Margrethe Vestager in a statement. We need to ensure that Apple does not distorts competition in markets where it is competing with other application developers, for example, with Apple Music or Apple Books."

specialist online music Spotify welcomed the opening of this formal investigation that occurs after a first preliminary investigation was launched after a complaint in march. "This is a good day for consumers, said the legal officer of Spotify, Horacio Gutierrez. With his behaviour anti-competitive, Apple disadvantage voluntarily its competitors and deprives its users a wider choice, and for too long."

The giant californian replied immediately that it was "disappointing that the european Commission ahead of the complaints unfounded on the part of a handful of companies that simply want to take advantage of the situation without paying, nor playing by the same rules as the rest of the world".

In the detail, and about the suspicions on the App Store, "the investigation relates to the double requirement for the application developers to use the system in-app purchase and the ban their is made to inform the users of iPhone and iPad than other ways less expensive to make their purchases exist outside of the application", says the Commission on its website. Apple charges a 30% commission for all transactions made on third-party applications. If Brussels forbade to let the developers encourage their clients to make their purchases out of the ecosystem of Apple, it could have significant financial consequences for the firm at the apple.

Doubts about the restrictions of Apple Pay

Brussels is also interested in the conditions and restrictions imposed by Apple to apps to use their payment system integrated Apple Pay. She is especially worried about the fact that the system "tap & go" which allows you to pay with a simple touch of his finger, is reserved for Apple Pay across all of its mobile devices. It will also consider the specific conditions of use of this system applying to products in direct competition with those of Apple.

"The opening of a formal investigation does not prejudge its outcome," says the european Commission. No decision date is not given, the surveys are not bounded in time. They can be spread over several years. The services of Margrethe Vestager are currently working on the development of strengthened rules concerning the "gatekeepers", those players in the digital control of market places, such as the App Store, or Amazon, and sell products, sometimes in competition with some of the vendors using their platforms.

Apple has also been sentenced on Tuesday by the French justice for several clauses illegal music services in the field of personal data. The complaint, filed by the consumer association UFC que choisir, dated to 2016.

Oh, make investigations into the GAFA is their favorite sport instead of putting in place a strategy that will enable it to compete with it is surely too much to ask !
The mediocrity has no limits !
perhaps It would be also very useful to trigger an extensive investigation relating to the management of the pandemic that we have just witnessed ?

It can be (also) for reasons of security that Apple does this, and it is (also) why we chose Apple.The commission should consider before allowing any application to access sensitive data !

The bucks had them all Rotten -
there will come the time, or rich will not be able to buy a Glass of Water -
those will have to change the Planet