Air France announced Friday in a press release that it will serve nearly 150 destinations this summer, 80% of his usual network, strengthening in priority domes 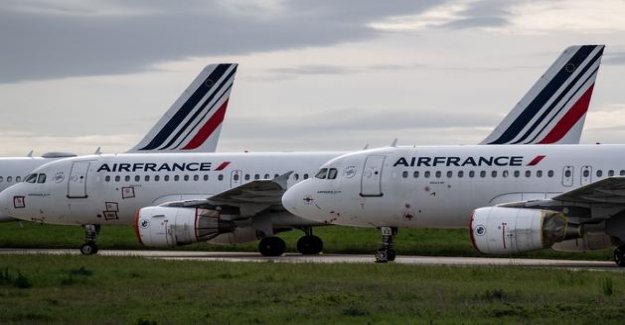 Air France announced Friday in a press release that it will serve nearly 150 destinations this summer, 80% of his usual network, strengthening in priority domestic supply. The airline said that its flight schedule would amount to 20% of its capacity usual by the end of June.

read also : Air France offers on domestic flights will melt to 40% by 2021

"Subject to the lifting of travel restrictions, the gradual increase in the number of frequencies and destinations will continue to reach approximately 35% of the program originally planned in July, and 40% in August", is it stated in the press release.

The company intends to kick-start links "between Paris and the French regions, and from region to region, including to and from Corsica", as well as to the overseas and Europe, mainly to Spain, Greece, Italy and Portugal.

A service provided by only half of the fleet

services to long-haul flights will resume gradually over a large part of the network, both for the transport of passengers and for the cargo business, which is particularly dynamic. 106 devices on the 224, which are the Air France fleet will be mobilized to ensure the network coverage of the French company.

to allow passengers To travel in safety, Air France has put in place a health protocol, strict, which provides for controls of temperatures at the gate and disinfection periodic cabins. Travelers will also be required to wear a mask during .

see also - Coronavirus: these airlines that you shall see more