German foreign politicians see a new quality in the protests in China and fear a very harsh reaction from the government in Beijing. 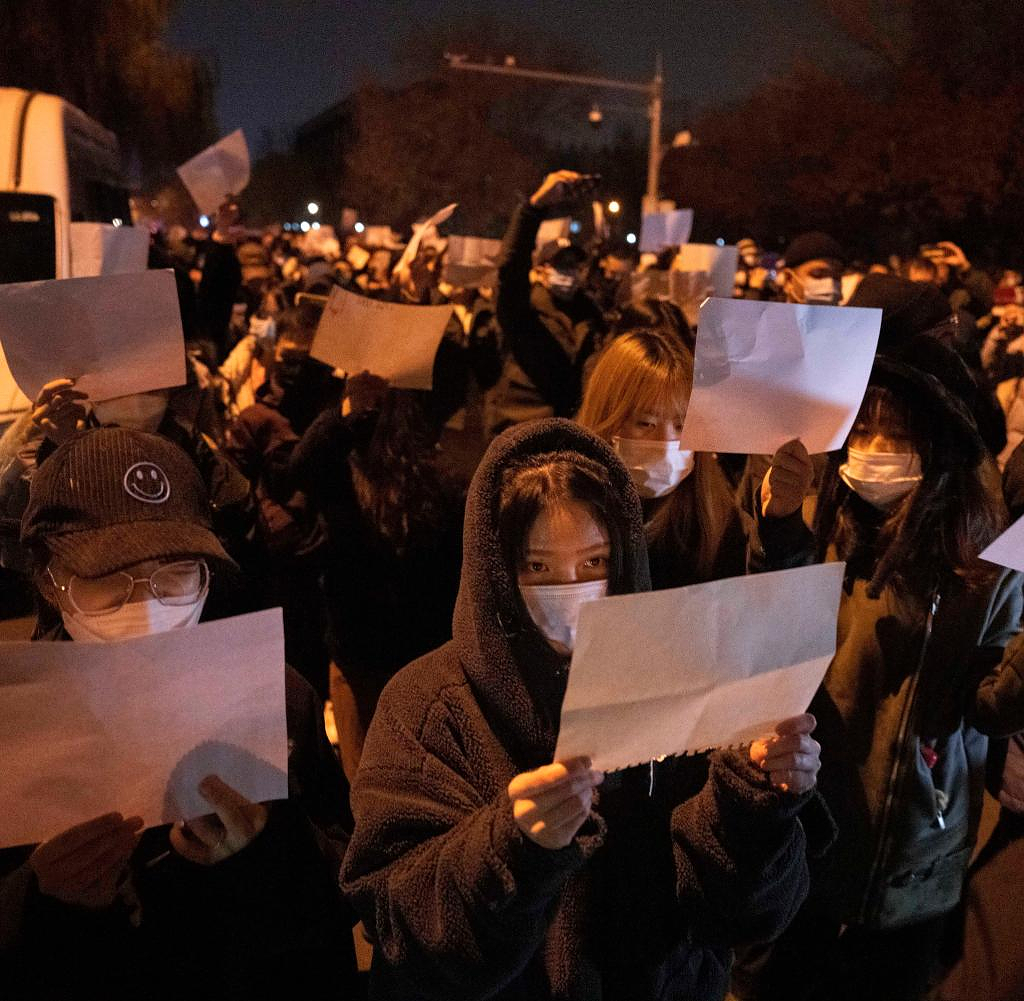 German foreign politicians see a new quality in the protests in China and fear a very harsh reaction from the government in Beijing. The SPD foreign politician Nils Schmid said that the extremely restrictive corona policy in China can only be enforced with the power of a dictatorship and has long since exceeded the "limits of what is acceptable".

Deputy FDP parliamentary group leader Alexander Graf Lambsdorff told the dpa news agency: “I have long believed that the Chinese Communist Party’s zero-Covid policy is doomed to failure. The pressure in the population increases like in a steam boiler and is now breaking through for the first time. The combination of corona protests with demands for freedom and democracy on the campus of Tsinghua University shows a new quality.”

According to Lambsdorff, in the Politburo and the Central Committee of the Chinese Communist Party, this can only be seen as a threat to their own claim to total power. “One must therefore fear a very harsh reaction from the regime. The protests are still in their infancy. It would be naïve to think that they could already lead to fundamental changes at this stage.”

The foreign policy spokesman for the SPD parliamentary group, Nils Schmid, told the dpa: "The protests show that the urge for freedom is universal." People in China wanted to be able to develop just as freely as anywhere else. "For a long time now, the stubborn adherence to the isolation policy can no longer be explained by Corona alone, but serves to seal off Chinese society from the world and thus the CP to remain in power."

FDP General Secretary Bijan Djir-Sarai told the newspapers of the Funke media group: "Protest of this kind have not been known so far. They show the extent of the current dissatisfaction with the repressive policies of the Communist Party.” China is facing enormous foreign and economic policy challenges. “Now there are major domestic political difficulties. The German government’s China strategy must take this into account.”

The federal government is currently working on a new China strategy. According to a first paper, human rights should play a greater role. In addition, import dependencies are to be reduced, for example in the case of raw materials. Relations with Taiwan are to be expanded.

Green foreign politician Jürgen Trittin explained that the zero-Covid policy decreed by Xi Jinping, together with a failed vaccination strategy, is leading China to a dead end. "For the first time, the Chinese Communist Party has faced widespread criticism of its government."

Meanwhile, the largest wave of protests in China in decades continues. The weekend demonstrations in many cities continued on Monday night. They go against the strict measures of China's zero-Covid policy, such as repeated lockdowns, mass testing and forced quarantine. An unknown number of protesters were arrested. In the early hours of the morning, a large contingent of police in the capital Beijing took action against hundreds of protesters near the diplomatic district.

As a symbol of resistance and protest against censorship, many demonstrators held up blank white sheets. Slogans like “lift the lockdown” and “we don’t want PCR tests, we want freedom” were shouted. There were also protest marches in other megacities such as Shanghai, Chengdu, Chongqing, Wuhan and Nanjing. Dissatisfaction is also stirring in universities. Social media were full of video recordings, which were quickly deleted by Chinese censors.

These are the largest protests in China since the 1989 democracy movement, which was bloodily crushed by the military on June 4 of that year. The trigger for the rare public displeasure this time was an apartment fire in the metropolis of Ürümqi in the north-western Chinese region of Xinjiang on Thursday evening, killing at least ten people. Many people criticized that the extinguishing and rescue work had been hampered by the strict corona measures.

Due to the extremely rigid measures taken by the authorities in the fight against the corona virus, dissatisfaction among the population has been increasing for weeks. Many megacities are largely paralyzed. People are bothered by the constant tests, curfews, forced quarantines, close surveillance by corona apps and contact tracing with which the authorities are trying to get a grip on the easy-spreading omicron variants of the virus. Even in the case of individual infections or suspected cases, entire blocks of flats and residential complexes are cordoned off. Angry residents tore down cordons in Beijing and elsewhere.

Despite the rigorous action against the virus, the billions of people are currently being hit by the worst corona wave since the pandemic began almost three years ago. The Health Commission reported a record high in the country on Monday with around 40,000 new infections. In Beijing there were almost 3,900 cases.

‹ ›
Keywords:
ChinaCoronavirusNewsteam
Your comment has been forwarded to the administrator for approval.×
Warning! Will constitute a criminal offense, illegal, threatening, offensive, insulting and swearing, derogatory, defamatory, vulgar, pornographic, indecent, personality rights, damaging or similar nature in the nature of all kinds of financial content, legal, criminal and administrative responsibility for the content of the sender member / members are belong.
Related News