Zelenskyj's skull patch has no connection to the Nazi era

The Russian government repeatedly justifies its attack on Ukraine by striving for an alleged “denazification” in the neighboring country. 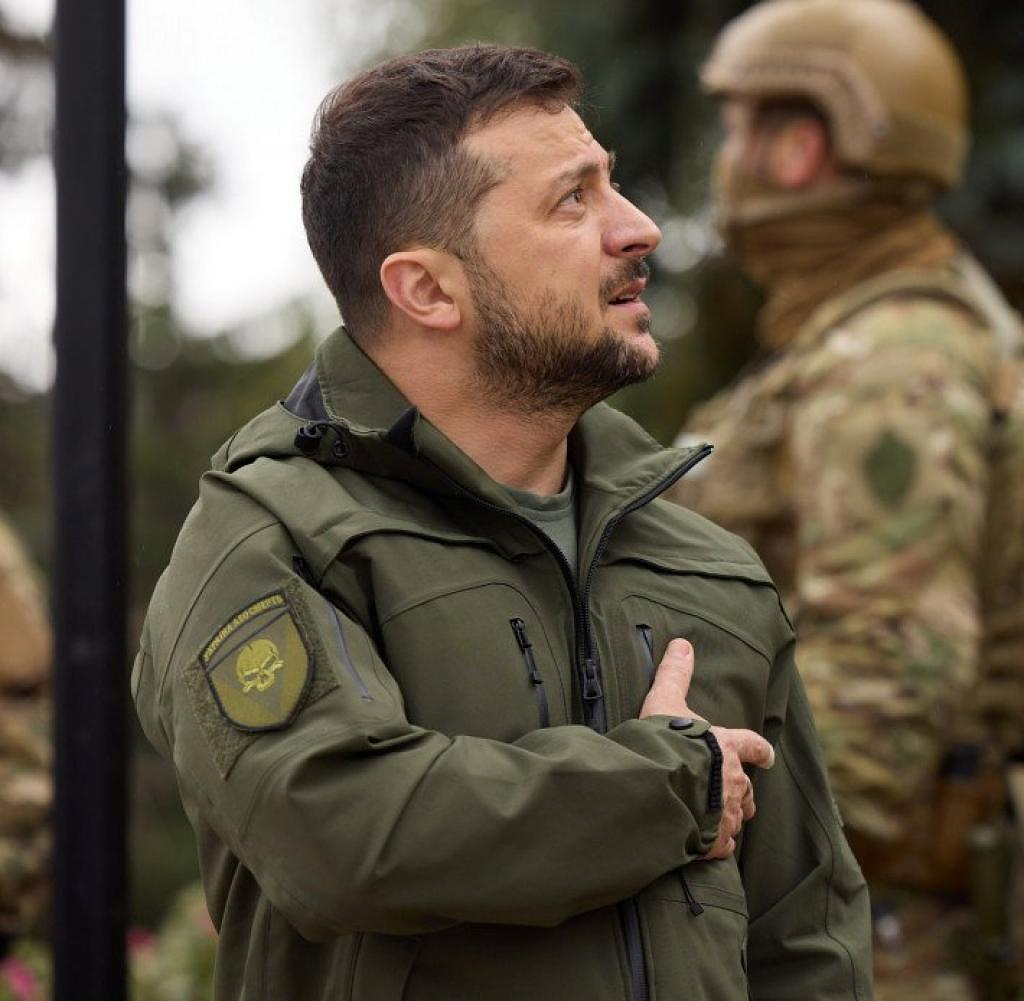 The Russian government repeatedly justifies its attack on Ukraine by striving for an alleged “denazification” in the neighboring country. In order to substantiate this accusation, war propaganda is spread via social networks. They claim that Ukrainian President Volodymyr Zelenskyy is to wear an SS skull and crossbones as a sleeve patch, as he did during a visit to Kharkiv in mid-September. However, the motif does not correspond to the symbol of the Waffen-SS, as is assumed in social media.

A skull and crossbones is the official symbol of the 72nd Brigade, an armored personnel carrier of the Ukrainian Army. There is no evidence that this skull has any fascist significance.

Jörg Baberowski, professor for the history of Eastern Europe, confirms the German Press Agency: "Selenskyj definitely does not wear the symbol of the SS Totenkopfverband, which looked completely different and was attached to the cap. Rather, it is the symbol of a Ukrainian brigade.”

Skull symbols have always existed in the military. The expert cites the Prussian military or Ukrainian units during the Russian Civil War as examples. The Totenkopf-Verbande of the SS would have made this type of sign famous.

Gerhard Bauer, Head of the Uniforms and Insignia Department at the Military History Museum in Dresden, also points to countless examples of the military use of skulls. "Skulls have been in use since the 17th century at the latest as military symbols that stand for fearlessness and fearlessness," he tells Mitteldeutscher Rundfunk (MDR). The symbol worn by Zelenskyj is also a military one.

A visual comparison of both symbols also shows that the skull and crossbones on Zelenskyj's patch points to the right and the SS skull to the left. Other details, such as the shape of the jaw, also differ.

‹ ›
Keywords:
NewsteamWaffenSSPropagandaSelenskyjWolodymyrTexttospeechUkraineWolodymyr SelenskyjCharkiwRusslandMDRMilitarPolitik
Your comment has been forwarded to the administrator for approval.×
Warning! Will constitute a criminal offense, illegal, threatening, offensive, insulting and swearing, derogatory, defamatory, vulgar, pornographic, indecent, personality rights, damaging or similar nature in the nature of all kinds of financial content, legal, criminal and administrative responsibility for the content of the sender member / members are belong.
Related News