Young man is arrested for six robberies in Roquetas de Mar and the theft of $20,000 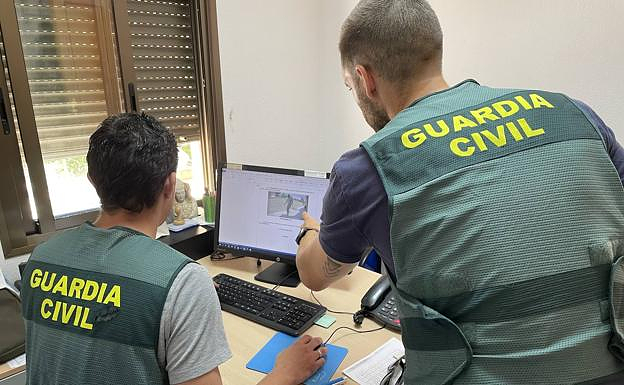 A recent operation by the Almeria Civil Guard Headquarters called "Corfil" solved three home robberies (one attempt), two moped theft offenses and one bike theft crime. After a thorough reconstruction, an individual was identified, located, and arrested as the perpetrator of the incidents. This is part of the ongoing work of the Civil Guard in Almeria to prevent and solve crimes against property.

The Civil Guard of Almeria discovers that a moped has been stolen from a garage located in the municipality of Roquetas de Mar. The Communications Complex Center ( C.O.C. ) alerted a Civil Guard patrol. Almeria Civil Guard Command 062 alerts a Civil Guard patrol and locates and arrests a 22 year-old person in flagrante delito for the theft of the moped.

The Civil Guard of Almeria has clarified 3 home robberies (one attempt), 2 crimes of theft of mopeds and 1 crime of bike theft. After a detailed reconstruction of events, it identifies, locates, and arrests a 22 year-old man and Roquetas de Mar Almeria resident as the perpetrator of the 6 crimes.

The Investigating Court No. 1 has access to all the proceedings and the detainee. The detainee is immediately admitted to provisional prison by Roquetas De Mar (Almeria) The importance of denouncing any criminal act is stressed by the Civil Guard. It is recommended that you also take photographs of valuables acquired. This will help investigators identify the items in the event of robbery or robbery and prompt return to their owners.

‹ ›
Keywords:
DetenidoJovenAutorSeisRobosHurtosRoquetas
Your comment has been forwarded to the administrator for approval.×
Warning! Will constitute a criminal offense, illegal, threatening, offensive, insulting and swearing, derogatory, defamatory, vulgar, pornographic, indecent, personality rights, damaging or similar nature in the nature of all kinds of financial content, legal, criminal and administrative responsibility for the content of the sender member / members are belong.
Related News