"You should see how we lived in the GDR"

The Wernesgrüner Pils is on the kitchen cupboard, next to it the table is set with butter in original paper for breakfast. 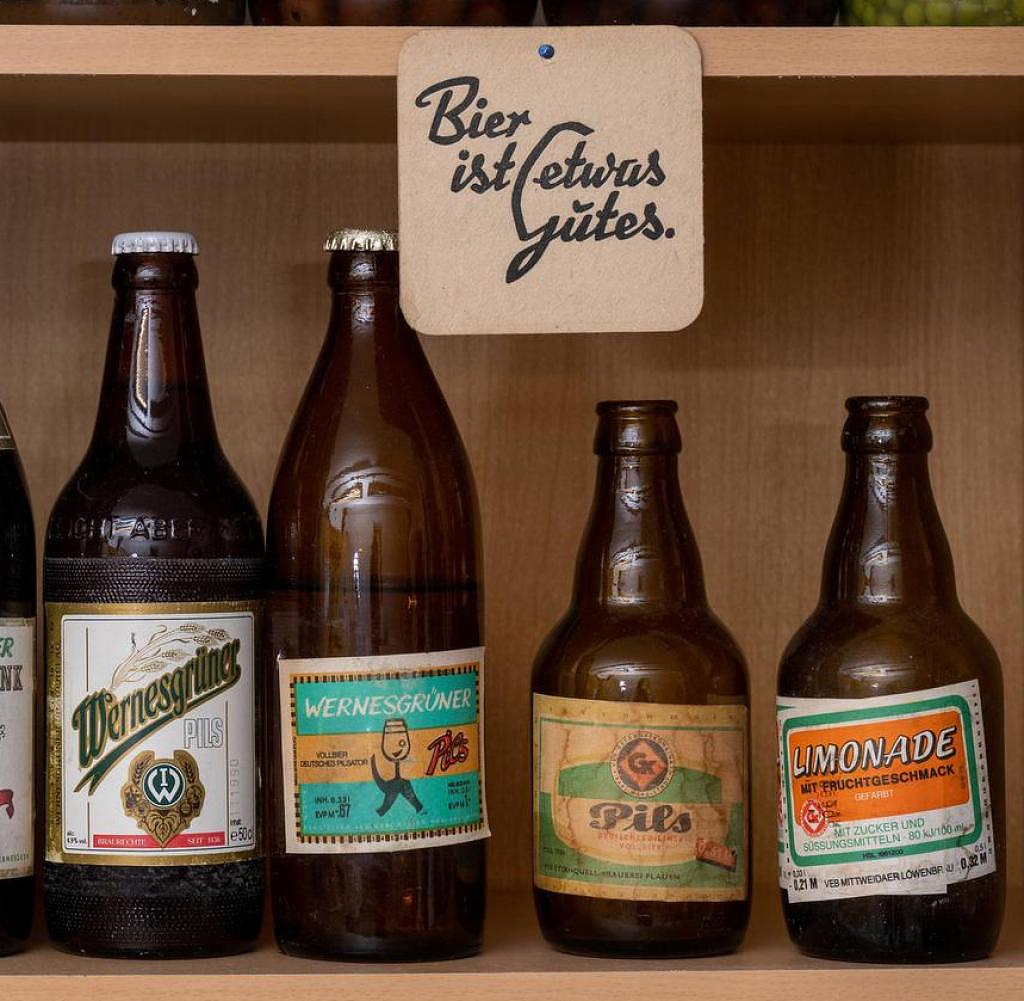 The Wernesgrüner Pils is on the kitchen cupboard, next to it the table is set with butter in original paper for breakfast. The year is 1983, as the calendar on the closet door reveals, the location is a typical prefab apartment of the time.

With the new exhibition, the Stadtmuseum Auerbach in the Saxon Vogtland wants to create the illusion of a journey through time to the GDR. For this purpose, a new apartment was recreated true to the original in the museum. It was opened on September 24th and the city hopes to become a magnet for visitors.

Not only GDR-typical furniture can be found in the rooms. The cupboards are filled with crockery, decorations from the past are on the shelves, toys and the popular plush figures Pittiplatsch, Schnatterinchen and Moppi are ready in the children's room.

The collection comes from Roland Schmidt, the former head of the Auerbach housing cooperative. “The things are part of the German cultural heritage. Younger people should see how we lived back then,” says the current pensioner. His passion for collecting began more than 30 years ago - at a time when many wanted to get rid of everyday objects from the GDR.

Schmidt kept them in a vacant apartment belonging to the cooperative. "Many people gave me things, I also got some from the flea market," he says.

An area of ​​more than 120 square meters is available in the museum for the replica of the new apartment building. "Even the bathing cell was rebuilt, with original light switches," says Schmidt. All of this enables guests to travel back in time to the 1980s. "It's the time I lived in myself back in my mid-twenties."

Other museums with GDR objects were less fortunate, says Conny Kaden, head of the GDR Museum in Pirna near Dresden - the largest institution of its kind in Saxony. Extensive collections have been dissolved in recent years. "The reasons are manifold, often it fails to find suitable rooms."

What is usually not lacking is visitor interest, says Kaden. “People like to remember details. They often praise the little things that they know from their previous everyday lives.”

Since 2005 he has been showing GDR history with the most important stages of life at that time in his private museum covering 2000 square meters - with a maternity ward, a kindergarten and a school through to everyday adult life with a visit to a supermarket or a camping trip.

He was sorry when, in the early 1990s, there were large heaps of bulky waste on the streets with objects from a bygone era. "That's when I started collecting."

The Stadtmuseum Auerbach is open on weekends and public holidays from 1 p.m. to 5 p.m., otherwise Tuesday to Friday from 12 p.m. to 4 p.m., admission from 2 euros for adults (stadt-auerbach.de).

‹ ›
Keywords:
DeutschlandLänderporträtsSachsenRegionenporträtsMuseenDeutsche Demokratische RepublikPirnaDesignKatrin MädlerStadtmuseum AuerbachDDR Museum Pirna
Your comment has been forwarded to the administrator for approval.×
Warning! Will constitute a criminal offense, illegal, threatening, offensive, insulting and swearing, derogatory, defamatory, vulgar, pornographic, indecent, personality rights, damaging or similar nature in the nature of all kinds of financial content, legal, criminal and administrative responsibility for the content of the sender member / members are belong.
Related News