"You're exhausted before the party even starts"

The beautifully decorated Christmas tree, the delicious goose on the plate, colorful sparkles in the New Year's sky: many love the customs of the upcoming festive season. 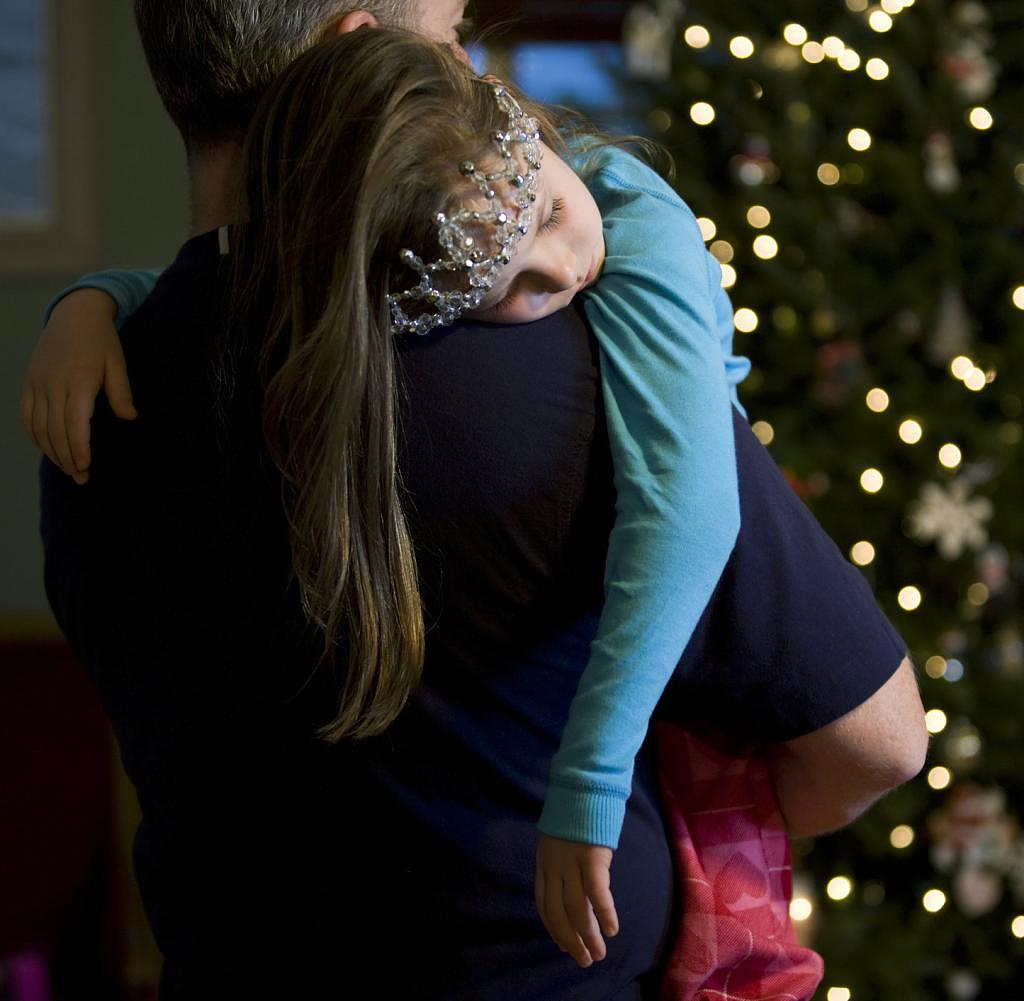 The beautifully decorated Christmas tree, the delicious goose on the plate, colorful sparkles in the New Year's sky: many love the customs of the upcoming festive season. However, the following also applies: Hardly any customs have no potential negative effects. Here comes a selection.

Every year, doctors warn of an increased risk of heart attack during the Christmas period. One reason for this are stress hormones, which are increasingly released during the preparation of the feast, during family quarrels under the Christmas tree, but also when there is great joy. In addition, among other things, little exercise and the lavish, often greasy food in combination with alcohol consumption and sugary treats cause problems.

In 2018, for example, a study by Swedish researchers published in the British Medical Journal found a connection between the days around Christmas and an increased risk of heart attack. According to the analyzed data from the Swedish health register, the risk was most increased on Christmas Eve.

Mulled wine, roast duck, speculoos: For many people, the Christmas season is a festival of pounds. The fact that the end of the year is a challenge for slim figures is nothing new: Germans are at their fattest ten days after Christmas, according to researchers at Cornell University in the USA in 2016.

Typical Christmas and New Year's Eve dishes can also be unhealthy for other reasons: According to scientists at the Robert Koch Institute (RKI), there is a connection between contagious diarrheal diseases and meat fondue and raclette. Raw meat is often touched with bare fingers. This increases the risk of germs from meat getting onto hands, other foods or utensils, being absorbed and leading to infections.

Too many gifts harm children

What am I giving? And how much if the wish list is endless? Parents in particular know these questions before Christmas. Development researcher Gerald Hüther has long been calling for children to be given time and shared experiences instead of material things. It would be good "to give children something that makes them happy not just for a moment but deep in their hearts," he once said. These are not material gifts, but time spent together, affection, recognition - in other words, opportunities for real encounters and shared experiences.

If you don't want to do without material gifts, you can choose something that children can use in as many ways as possible and that gives their imagination a lot of freedom. Psychotherapist and author Wolfgang Krüger also agrees: "If children only get things that don't stimulate their creativity, then it's basically not good for them." If children also get everything they want, that's Hüther said to be bad for their brain development. A discrepancy between wishes and reality is important for this.

It should be the festival of love and harmony. At the same time, it is also a roller coaster ride of emotions. "We know that every sixth family has at least one tense atmosphere and five percent have a serious row," says psychotherapist Wolfgang Krüger, looking ahead to the Christmas holidays. A third of all breakups in the year happen after Christmas.

On the one hand, this is due to the intensive preparations. "You're pretty exhausted before the festival even begins," says Krüger. This makes you even more prone to irritation. In addition, there are high expectations – of others and of oneself. “If I have bought very expensive jewelery and give it to my wife, who reacts cautiously, then I am infinitely offended.” Krüger recommends anticipating conflicts from the outset, and this for example to de-escalate with a walk. Less is often more, i.e. less alcohol, less stress for a person through fair distribution of tasks. An agreed upper price limit for gifts can also help to avoid unnecessarily overloading expectations.

Many people associate the feast with a crispy Christmas goose. However, according to the environmental organization BUND, these geese have often never seen a meadow in their lives, but live locked up and are brought to slaughter within a quick fattening period of around two to four months. They would mostly be fattened with high-energy, imported, and also genetically modified protein feed. According to BUND, anyone who wants to buy a Christmas goose should pay attention to species-appropriate animal husbandry with plenty of exercise and healthy feeding.

It is mostly decorated with colorful balls, small figures or sparkling stars: the Christmas tree. However, according to BUND, many of the trees sold come from intensive plantations. There is heavy spraying and fertilization - to the detriment of animals, plants, water and soil. It can also not be ruled out "that pesticides evaporate in the warm indoor air and are absorbed through the respiratory tract," says a spokeswoman. The environmental organization advises buying organic Christmas trees or a tree from local, FSC-certified forests. These should not be treated with pesticides.

In addition to the high pesticide load, there is also the high land use: According to the environmental organization, the Christmas tree plantations cover up to 50,000 hectares in Germany alone. An area that, from the point of view of environmentalists, should be better used for real forests.

Colorful fireworks are nice to look at, but have negative sides: The Federal Environment Agency (UBA) speaks of burns and injuries, property damage to vehicles and buildings, enormous amounts of waste and frightened domestic and wild animals. According to Uba, around 2,000 tons of fine dust are released every year by burning fireworks, most of it on New Year's Eve. This amount corresponds to about one percent of the total amount of fine dust released in Germany.

Fine dust can make you fatally ill in the long run. The tiny dust particles can cause inflammation and damage the lungs, among other things. According to data recently presented by the EU Environment Agency EEA, around 240,000 people in the EU died prematurely in 2020 alone as a result of exposure to particulate matter in the air around them. According to estimates, around 28,900 premature deaths in Germany were due to this.