The federal government wants to get Germany through the crisis with 200 billion euros. 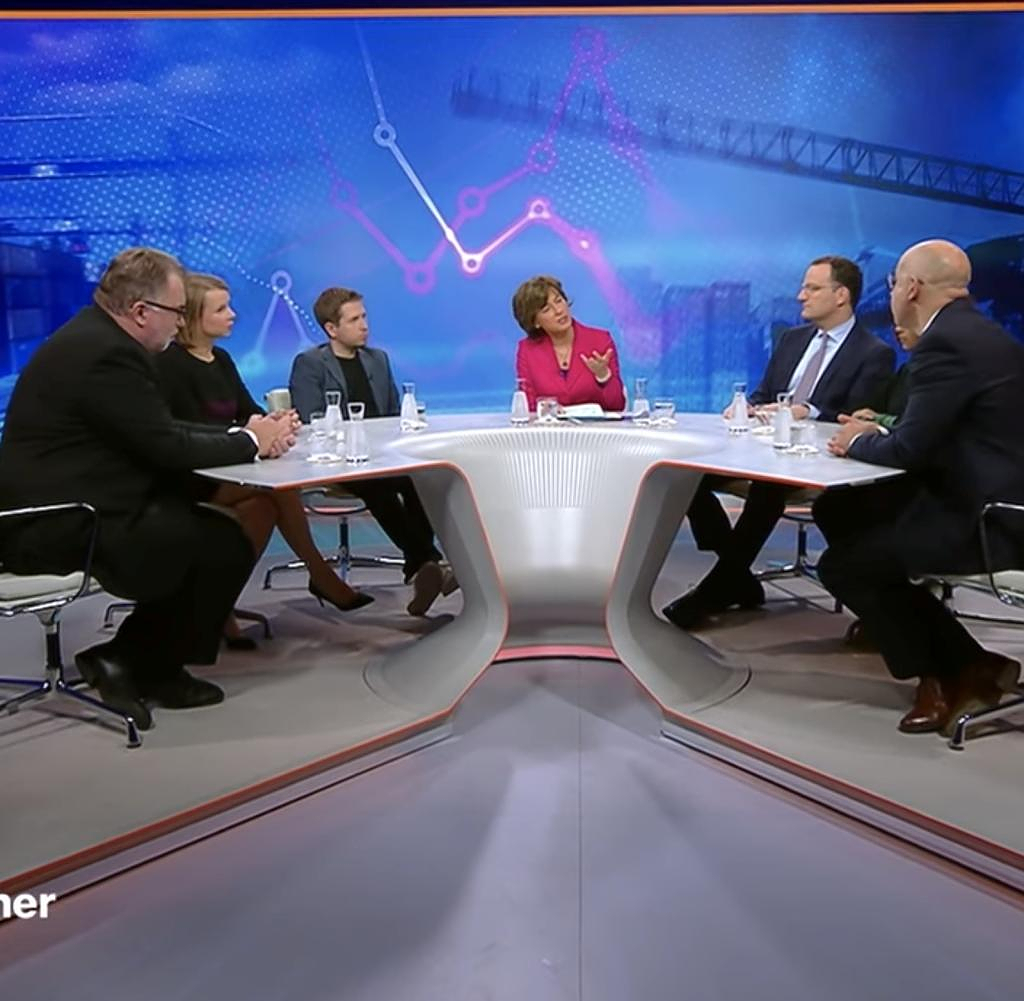 The federal government wants to get Germany through the crisis with 200 billion euros. On Friday, the coalition factions want to wave the aid package through the Bundestag. Even if the sum is fixed, many questions remain unanswered: What is paid? Who gets how much? And is there enough money at all?

For these reasons, the former Federal Health Minister Jens Spahn (CDU) announced his party's opposition to the project on the Maybrit Illner program. Meanwhile, SPD General Secretary Kevin Kühnert tried to straighten out Scholz's word of power from the beginning of the week. The President of the Federation of German Industries (BDI), Siegfried Russwurm, warned of major changes in German industry as a result of rising energy prices. The journalist Helene Bubrowski, the economist Gabriel Felbermayer and the co-chair of the Green Youth, Sara-Lee Heinrich, were also on the show.

With a word of power, Chancellor Scholz cleared the nuclear dispute in his coalition at the beginning of the week. The remaining three German nuclear power plants will remain online until April next year. The chancellor made use of his authority to set guidelines. According to the Basic Law, this instrument of power belongs solely to the chancellor. It enables him to set the direction of government policy and also to decide major issues.

For Spahn, using this power option is a sign of weakness: "The moment a chancellor has to use it, a coalition is actually at the end because a coalition needs trust and that is no longer a basis for trust," said the CDU Politicians, "the next exit is the vote of confidence."

Bubrowski also thinks: "It would have been stronger if he hadn't used this power word." Scholz's position on this issue was also not clear. Rather, the chancellor was looking for a middle ground between two positions. While the coalition partner FDP demanded continued operation, the Greens completely rejected it.

SPD General Secretary Kevin Kühnert was concerned about damage limitation. "Strictly speaking, there would have been no need for any authority to set guidelines," explained Kühnert, "here, in the end, one person simply had to say what two others might have had in mind as a compromise beforehand, but were unable to say."

The traffic light coalition wants to get its 200 billion package through the Bundestag this Friday. Scholz's "double boom" is financed by loans. There will be no support from the Union faction, Spahn made clear. It's a blank cheque. No one knows exactly what the money will be spent on. "It's like paying for the beer coaster in the pub before it's even clear how much beer is being drunk," the CDU politician said in the direction of Kühnert.

“Could you have started everything two or three months earlier? Yes,” admitted the SPD politician. If you wanted to calculate each measure beforehand, the package would take longer. The money is also there to support German industry and keep it competitive. If, in the face of these challenges, Germany really gets by with the 200 billion euros, "then we've been really lucky".

Russwurm was certain that the energy crisis would change the foundations of Germany as an industrial country. "We will no longer get energy as cheaply as we have all gotten together economically in the last few decades," warned the BDI President, "the country pays more." Germany not only has to buy more expensive energy, but also more Putting money into defense, economic transformation and protection against natural disasters.

For the economist Felbermayer, high electricity and gas prices are not the only reason for a decline in German gross value added. This describes the value of the goods produced after deducting the production costs. In Germany, this has been declining since 2017. There is a great deal of uncertainty for investors in this country.

In addition to the energy transition and demographic change, the reason is also higher taxation of companies compared to neighboring countries. The German industry is "very much automotive" and therefore has great challenges due to the switch to electromobility. This is not such a big problem for suppliers from Austria or the Czech Republic, for example. They then simply delivered their parts to other countries.

Who gets help first and how much? There was no consensus among the talk show guests. "You'll never walk alone," Scholz announced in July. The Chancellor's promise at the time: no one would be left alone with the high costs of energy. However, Kühnert sees no promise in the sentence to give every German the same support. "'You'll never walk alone' doesn't mean: We'll build you a four-poster bed," the SPD politician clarified. Help must be given where help is needed.

When it comes to saving energy, Kuehnert does not want to make everyone equally responsible. This is much more difficult for companies with high energy requirements than for others. "Of course, the answer is then: simply everyone 20 percent less, as some people imagine when saving energy, is not a proper and adequate answer," said Kühnert.

Bubrowski called for it to be made clear to citizens that they cannot be protected from every burden imposed by the state. In Germany, the idea still often prevails: “If you have any problem, you ask yourself: Who is actually paying for it? And when in doubt, it is the state.”

‹ ›
Keywords:
IllnerMaybritTVKritikNewsteamBundestagMaybrit IllnerJens SpahnCDUScholz DoppelwummUnionBündnis 90Die GrünenKriseEnergiekriseKarriere
Your comment has been forwarded to the administrator for approval.×
Warning! Will constitute a criminal offense, illegal, threatening, offensive, insulting and swearing, derogatory, defamatory, vulgar, pornographic, indecent, personality rights, damaging or similar nature in the nature of all kinds of financial content, legal, criminal and administrative responsibility for the content of the sender member / members are belong.
Related News