A forester who likes to hike? That's not a story yet. 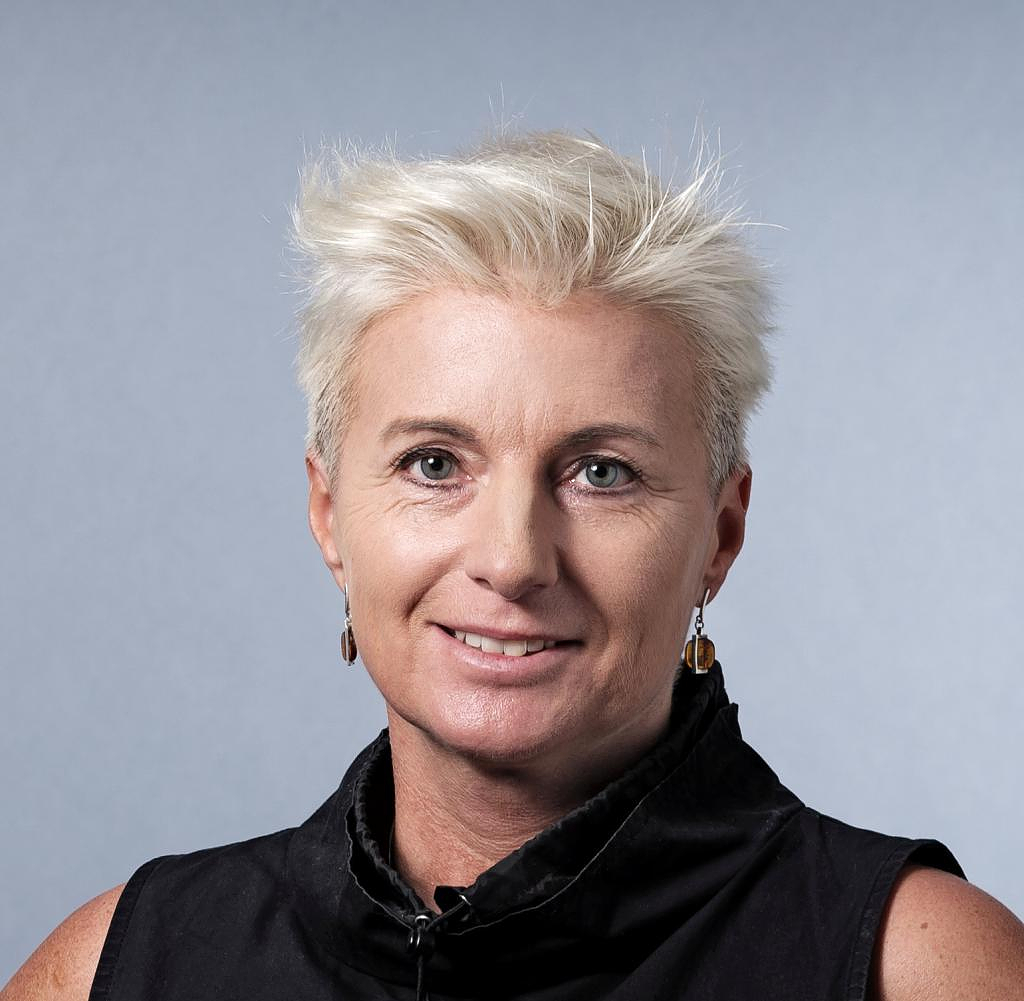 A forester who likes to hike? That's not a story yet. But a forester who quits his job and hikes 6,000 kilometers all over Germany to find out how our forests are really doing attracts attention. And that's just fine with Gerald Klamer, because he wants to "win people over to protect the forest".

WORLD: As is well known, Luther wanted to plant an apple tree the day before the end of the world. A good choice?

Gerald Klamer: I would plant a sessile oak. This tree would not survive the end of the world either, but it is coping well with the drought that is currently plaguing our forests.

WORLD: Do you also have a favorite forest? After your months of hiking in Germany, you are sure to know every branch and bush.

Klamer: I really liked the Sacred Halls natural forest reserve in Mecklenburg. This is a beech forest with 350-year-old trees that were removed from forestry use at the behest of the Grand Dukes in the mid-19th century. The beeches rise up to 40 or 50 meters like mighty pillars, where they form a dense canopy of leaves – hence the name of the Holy Halls. "Holy" sounds a bit prosaic, but it's quite accurate, because everything in this 60-hectare forest is under protection, even the deadwood.

WORLD: Dead wood - a good keyword: The energy crisis makes wood interesting again as a fuel. Do you fear that our forests will soon be as swept as they were after 1945, when every branch went into the oven?

Klamer: No, I can't imagine that, quite apart from the fact that it's theft to collect wood for your fireplace at home. Only thin twigs with a diameter of less than seven centimeters lying on the ground, so-called reading wood, can be taken away. For this you need a reading permit from the forestry office. In some federal states, these collection slips are valid for one year, in others only for one month, but there are also regions where taking wood with you is completely forbidden.

WORLD: Doesn't unauthorized picking up brushwood fall into the category of trivial offenses?

Klamer: Collecting individual branches does not cause any ecological damage. To punish that, I also feel excessive. The situation is different with the mechanical use of fine brushwood for the production of wood pellets, you need a lot of brushwood for this, but then the nutrient balance of the forest soil is missing. This so-called use of wood chips should be banned by law.

WORLD: With this demand you will not make friends in times of energy shortages.

Klamer: Maybe, but burning wood is ecologically counterproductive. Because nowhere else can such large quantities of greenhouse gases be bound as in the forest. Around seven percent of Germany's carbon dioxide emissions are "captured" and stored by the forest.

Klamer: No, because wood is basically a sustainable raw material. But a lot would have been achieved if wood were no longer burned on a large scale. In the processed state, for example as a slat, pillar or plate, the CO2 remains stored in the wood. The carbon dioxide is only released during combustion. And that is exactly what happens today with 50 percent of the wood taken from the forest – the wood ends up in the fire after a relatively short time.

WORLD: The goal of your 6,000-kilometer hike crisscrossing Germany was to find out what the local forests were like. Your conclusion?

Klamer: That turns out to be mixed. The extensive dieback of huge spruce stands as a result of drought and infestation by bark beetles, for example in the Sauerland, Harz and Reinhardswald, is very bad. I hiked through veritable disaster areas.

But all of these devastated areas, a total of around five percent of the German forest area, can now be converted into mixed forest all the more quickly. Because in general, near-natural, dense mixed deciduous forests, which create their own cool, damp forest interior climate, are much better equipped to withstand drought than pure coniferous forests.

WORLD: And which deciduous trees would you plant?

Klamer: For example sessile oaks, beeches, lindens, hornbeams and serviceberries, i.e. native species. Some of my forester colleagues believe that Mediterranean plants are the solution to this climate crisis; I don't think so, even our deciduous trees can survive long droughts. Provided that the forests are not overused for forestry purposes.

WORLD: How is that supposed to work? 50 percent of the forests are in private hands and should bring returns to their owners.

Klamer: Yield and near-natural silviculture are by no means opposites. There are many private forest companies that work close to nature and are committed to ecological forest conversion. One might think that state forests would be managed more sustainably. But especially in the last 20 years, that was not the case everywhere, on the contrary.

Klamer: From around the year 2000, all German state forests were converted into privately owned companies with a strong commercial objective. As a result, logging increased and large, heavy machines were increasingly used, which compacted and destroyed the soil when driving on the forests. The politically desired income pressure on the state forest companies has only eased somewhat since the effects of the drought on the monocultures have become visible.

WORLD: These extensive spruce fields are certainly not particularly popular with hikers.

Klamer: I can't assess that. However, I was surprised at how few hikers I met on my month-long tour. At best, there was a little more visitor traffic in the forests near the city. In many forests you can hike for hours without meeting anyone, this was particularly noticeable in Brandenburg. There were only a lot of walkers in the vicinity of tourist attractions such as Loreley, Neuschwanstein, on the Black Forest High Road or on the way to Lusen in the Bavarian Forest National Park.

WORLD: Do you have an explanation for that?

Klamer: In the Hunsrück-Hochwald National Park I met two hikers, Tina and Kevin. The young woman said to me: "When we hike, we want to really experience nature, but that's only possible if you're allowed to sleep outside." And that got me thinking.

Camping in nature is only permitted in Brandenburg and Mecklenburg-Western Pomerania, for one night and only outside of protected areas. In my opinion, regions that want to promote hiking tourism are well advised to set up so-called trekking sites. As a rule, these are wooden platforms for tents.

WORLD: Where did you stay during your nine-month hike in the forest?

Klamer: I mostly slept in the woods, in a sleeping bag under a stretched tarpaulin.

WORLD: And that is allowed?

Klamer: It's not forbidden. The forest laws of the federal states usually explicitly mention camping, but there is no mention of spending the night in the forest.

WORLD: Did the two hikers Tina and Kevin also have a tarpaulin with them?

Klamer: They didn't need that. The Hunsrück-Hochwald National Park was only set up in 2015 and had trekking spots right from the start. But you can only sleep there, open fire is forbidden as everywhere in German forests.

WORLD: What do you think of the Scandinavian right of public access, which guarantees free camping in nature?

Klamer: That's not an option for a densely populated country like ours. But I would think it would be great if the state forest administrations could make their forest huts, which are usually only used for internal events, available to hikers. In Finland, for example, this is common practice, where the huts are even equipped with a supply of firewood.

WORLD: Is there anything that is better regulated in Germany than elsewhere?

Klamer: Yes, that with us, for example, you can enter any forest, even private forest, away from the paths. Paths are only compulsory in nature reserves.

WORLD: Can you give forest hikers a few tips on how to properly bivouac in the forest?

Klamer: I can name the points that I consider myself when choosing a storage location. So I always pitch my camp off the beaten track. I look for level sleeping places, but avoid hollows because that's where the cold air collects at night. It is also important to check the branches above the camp, because falling branches are a real danger.

WORLD: Do you prefer to spend the night in the coniferous or deciduous forest?

Klamer: When the weather is dry and calm, I feel most comfortable in an old deciduous forest. When it's stormy and rainy, you're more likely to find dry shelter in the young coniferous forest.

WORLD: And how do you feed yourself on the go?

Klamer: I don't cook to keep my luggage small and light. And since you can no longer go shopping or eating out in every village in Germany, chocolate, oatmeal, peanuts and muesli are my most important foods on the go. I draw water from streams, and cemetery fountains are also a good source of water. By the way, that's exactly how I feed myself in the Carpathians, where I was from March to July and am writing my next book about it.

WORLD: How long do you want to be on the road?

Klamer: As long as my feet carry me. I want to explore nature worldwide in hiking boots, write about it and give lectures. So I quit my job as a forest officer, gave up my apartment and sold my belongings. I hope that I can infect one or the other with my enthusiasm for the forest. You probably know the quote from Konrad Lorenz: 'One only loves what one knows and one only protects what one loves.'

Gerald Klamer's book Der Waldwanderer. 6000 kilometers through Germany - what we can do for our forests now" was published by Piper Verlag, has 272 pages and costs 18 euros. The author blogs about his hikes on gerald-klamer.de and on Trekking Wild.

Hiking has been experiencing a real boom for a number of years, including among younger people. But hiking can also be dangerous, especially if you want to climb the mountains with the wrong shoes. The right preparation is everything here, too.

‹ ›
Keywords:
DeutschlandLänderporträtsWälderWandernWanderurlaubBäumeWaldsterbenSeippBettinaPiper VerlagGerald KlamerBrandenburgKarpatenBettina SeippBuchenwaldHeilige HalleHarzReise
Your comment has been forwarded to the administrator for approval.×
Warning! Will constitute a criminal offense, illegal, threatening, offensive, insulting and swearing, derogatory, defamatory, vulgar, pornographic, indecent, personality rights, damaging or similar nature in the nature of all kinds of financial content, legal, criminal and administrative responsibility for the content of the sender member / members are belong.
Related News