WTA Masters: Garcia gives in against Swiatek, but the halves remain accessible 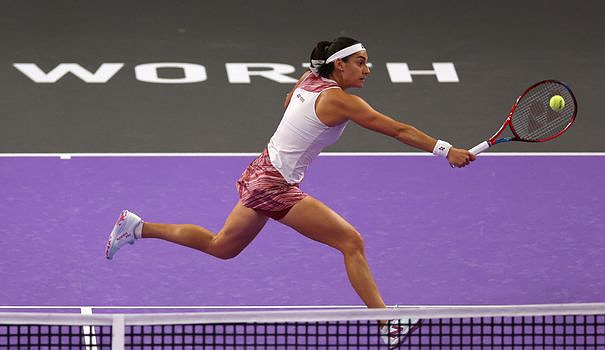 A success against the Russian on Saturday will allow her to finish second in her group behind Swiatek, already qualified in first position.

"It will be a big challenge. A victory and it will be possible, a defeat and there will be no chance of getting there. So it's quite simple. In the end, it's always tennis, you have to do his best to try to win the match", commented Garcia, without knowing yet that this duel equivalent to a quarter-final would oppose him to Kasatkina.

She was not unworthy against Swiatek, the great favorite of the competition who has asserted herself this season as the patroness of the circuit, with eight titles won, including those major at Roland-Garros and the US Open.

The Frenchwoman had reason to believe in her chances, as she was one of the few to defeat the Pole this year. It was in the quarter-finals of the Warsaw tournament this summer, in front of an audience all committed to the cause of his favorite, who was then going through a little hollow.

But this time, in a much more gloomy atmosphere, in the heart of a Dickies Arena too big and too empty for this deprecated event in the country of American football, Swiatek has set the record straight and now leads two victories to one in their confrontations.

The first set was a hell of a showdown, during which the two players went blow for blow, most often winners, playing high-level tennis.

But to the paying aggressiveness of Garcia, which allowed him to break the first, Swiatek responded with his relentless defense, his ability to cover the ground, to read the game better, with a keen sense of the opposite foot, while also knowing how to place accelerations.

The tenacity of the Pole thus took over the battering and the advances to the net of the Frenchwoman, who knew that to hope to win she would have to shorten the exchanges.

But Garcia made a few too many unforced errors (14 against 8) to continue to deceive, like this double fault, which offered the decisive break to her rival.

The Lyonnaise, despite an intact desire to shake up Swiatek, did not succeed in the second set and, on her third opportunity, the latter stole her entry service.

Garcia immediately had three opportunities to unbreak. All missed, Swiatek raising his level of play even further, going it alone to win in 1h25.

"It was really a difficult match. She is a very good player, very solid, who does not give you much space. I tried as best as I could. But she was better and took me out of my comfort zone", analyzed Garcia, who, as a consolation prize, overtook Kazakh Elena Rybakina, to the rank of the most successful aces in 2022 (373).

"The score is a bit harsh. I didn't feel overwhelmed," she further commented.

Above all, Garcia seems to have regained the desire and the legs, which had allowed him to spend a flamboyant summer, marked by three titles in Bad Homburg, Warsaw and at the WTA 1000 in Cincinnati, before reaching the semi-finals at the US Open. .

An encouraging state of form, already glimpsed on Tuesday during her authoritarian victory against Coco Gauff, for the one we thought would land in Texas full of uncertainties, just after the surprise departure of her trainer Bertrand Perret, after 11 months a fruitful collaboration that took him from 75th to 6th place in the world.