WRC: Kalle Rovanperä, or the panache of the very young king of rallies

Winner of the New Zealand rally, his sixth this season, Rovanperä won the day after his 22nd birthday ahead of the two previous world champions, Sébastien Ogier, eight times titled in nine seasons, between 2013 and 2021, and Ott Tänak , crowned in 2019. 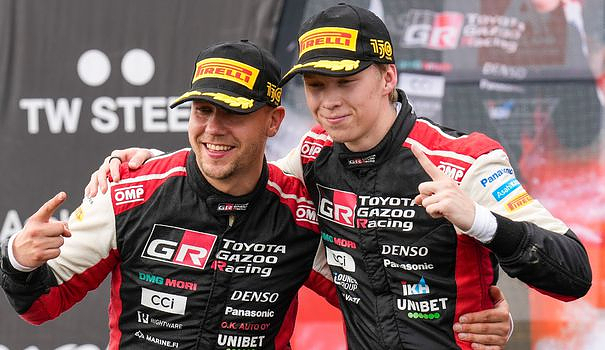 Winner of the New Zealand rally, his sixth this season, Rovanperä won the day after his 22nd birthday ahead of the two previous world champions, Sébastien Ogier, eight times titled in nine seasons, between 2013 and 2021, and Ott Tänak , crowned in 2019.

Thanks to the five bonus points from the final Power Stage, which he did not want to give up on the way, the smiling young ogre, worthy heir to the "Flying Finns" of the last century, now has a 64-point lead over Tänak and can no longer be caught up, two rounds from the end of the season (Spain, Japan).

"It's a big relief after such a good season. That's it, we made it," said the young man after a short dance on the roof of his Toyota, while a few tears streamed down his post-season cheeks. teenager.

"I had to wait a bit, there were some difficult rallies, but above all I have to thank the whole team for designing this rocket," he added before stepping onto the podium. "We are witnessing the writing of a page of history", smiled Ogier a few minutes earlier.

The son of Harri Rovanperä - who had won only one round of the WRC, Rally Sweden in 2001, with Peugeot, a few months after Kalle's birth - got to know the wheel at a very young age. As a child, his father already took him to drive, sitting on his knees.

"He was my first teacher. He taught me that the car had a steering wheel, an accelerator and a clutch, then told me to get started", says his son in an interview on the Red Bull website .

On YouTube, there are videos - which have gone viral - of the blue-eyed blond at the wheel, on the snow or in the forest, at just eight years old. By way of comparison, for lack of means, Ogier discovered the discipline only at 22 years old.

Ready to run to the gates of adolescence, the young Kalle however comes up against a major obstacle: Finnish law, which does not allow him to drive.

Let's go to Latvia, where a driving license is not required to take part in car races, provided that the adult co-driver takes the wheel during the liaisons on the road, between two special stages.

On the other side of the Baltic, the native of Jyväskylä, epicenter of the mythical Rally Finland, quickly asserted himself and won three consecutive titles in the Latvian championship, from 2015 to 2017. This is the first record for early a long list.

The youngest driver to score points (Australia 2017, from his second rally at this level), he was also the youngest to stand on the podium (Sweden 2020), to lead a round (Estonia 2020) then to lead the championship (after the Arctic Rally 2021 in Finland).

At 20, last year, he especially became in Estonia, on the lands of Tänak, the youngest winner of a WRC round, thus dethroning his compatriot and ex-driver Jari-Matti Latvala... who is now his boss, at Toyota Racing.

"I would like to cry, but I can't," smiled Latvala, often placed but never world champion. "It's very important what Kalle has achieved, breaking all the records and taking the title. It's also important for Finland, because we've been waiting for this for twenty years. He's a superhero".

The last WRC world champion, in Finland, was Marcus Grönholm, in 2002. He then suffered the law of Sébastien Loeb, nine times world champion between 2004 and 2012.

By his precocity, Rovanperä is often compared to the Dutchman Max Verstappen.

The reigning Formula 1 world champion, who went through Red Bull's driver development programme, made his debut in motorsport's premier class in 2015 aged 17, before winning his first Grand Prix in 2016 aged 18. years, records never equaled to date.

This comparison, "I've heard it before and I think it's rather flattering," said the Finn, linked to Red Bull since he was 16.

Finally, another precocity record, the most significant: Rovanperä is the youngest champion in the entire history of the World Rally Championship. Briton Colin McRae, who died in a helicopter crash in 2007, was already 27 when he was crowned in 1995. 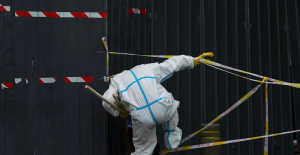