The leaked details from Prince Harry's (38) memoirs made the headlines of British newspapers on Friday. 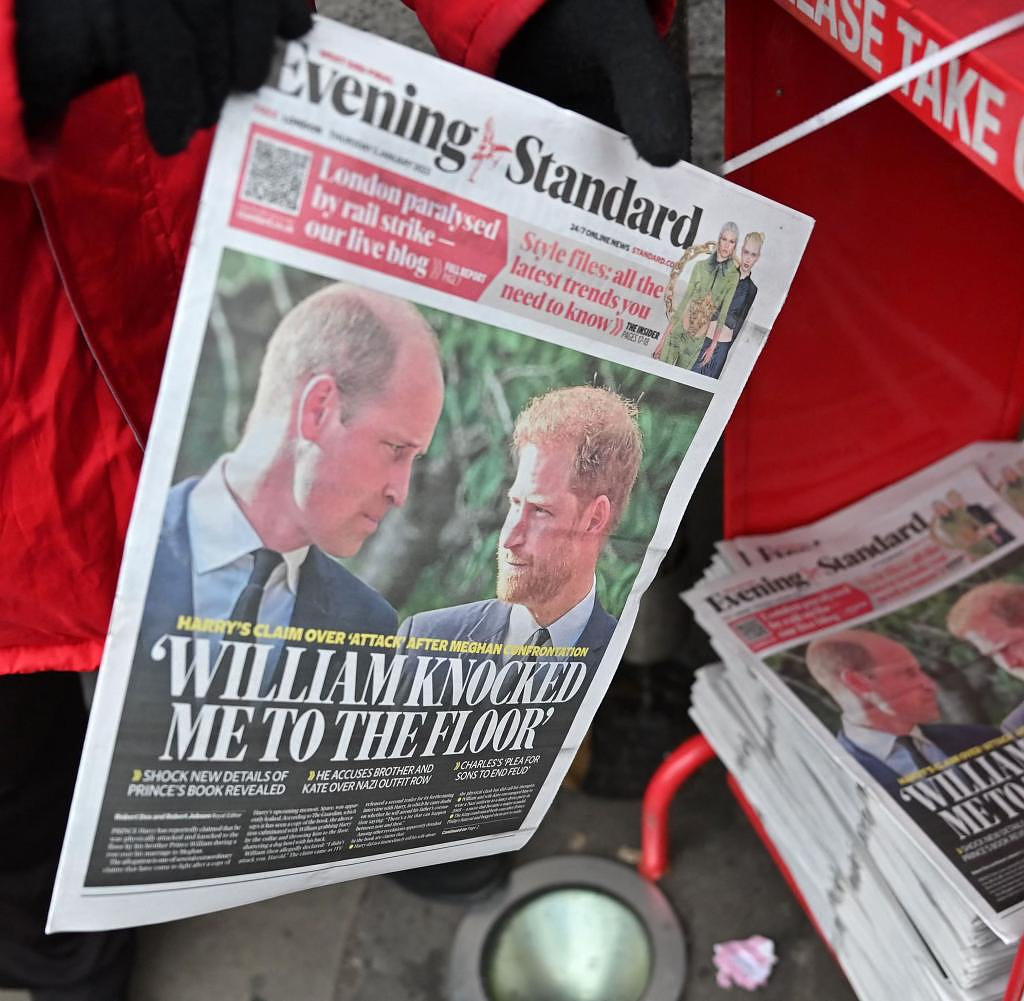 The leaked details from Prince Harry's (38) memoirs made the headlines of British newspapers on Friday. The "i" sheet even certified the British Royals as having the "worst crisis in 30 years".

In view of the allegations that Harry raises in the book against his brother Prince William (40), the "Daily Mirror" headlined: "It's all over now" ("Now is everything over") to a photo on which the brothers are seen peacefully as children in school uniforms.

The Daily Mail chose a play on words from the book's title, "spare," with the line "Oh spare us!" "Spare" is the unofficial term for a second child in the royal family. The tabloid then gleefully spread the explosive details from the book that accidentally went on sale on Thursday. Officially, it should not appear until next Tuesday.

The Times of London called the memoirs "scathing" and the Daily Telegraph and The Sun quoted the prince as asking his father not to marry Camilla ("Please don't marry Camilla") and his confessions to the use of cocaine and marijuana ("I did coke and weed").

The Daily Express accused Harry of hypocrisy: "Renconcile? But you sold your soul, Harry."

Harry and Meghan settle accounts with the royal family and the British tabloids. In England, the Netflix documentary causes a shake of the head. There is still no reaction from Buckingham Palace. And there are first inconsistencies.

‹ ›
Keywords:
NewsteamGroßbritannienPrinz HarryTexttospeechHarry BuchHarry MemoirenEvening StandardSunKriseMusik
Your comment has been forwarded to the administrator for approval.×
Warning! Will constitute a criminal offense, illegal, threatening, offensive, insulting and swearing, derogatory, defamatory, vulgar, pornographic, indecent, personality rights, damaging or similar nature in the nature of all kinds of financial content, legal, criminal and administrative responsibility for the content of the sender member / members are belong.
Related News