Coach Didier Deschamps chose caution with his vice-captain, injured in a thigh on October 22: Varane is preserved at kick-off, leaving the central defense to an experimental hinge composed of Ibrahima Konaté (23 years old). 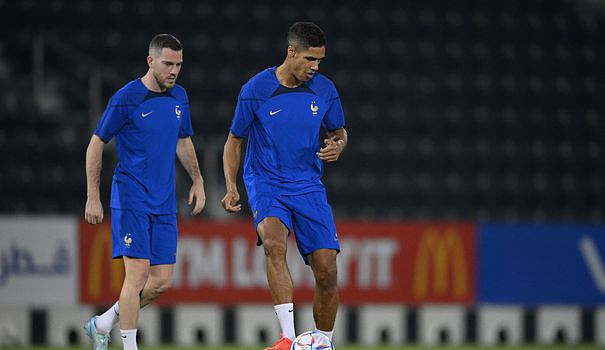 Coach Didier Deschamps chose caution with his vice-captain, injured in a thigh on October 22: Varane is preserved at kick-off, leaving the central defense to an experimental hinge composed of Ibrahima Konaté (23 years old). ) and Dayot Upamecano (24), who played together in the past at Leipzig.

The "eleven" lined up at the Al Janoub stadium in Al Wakrah has six holders of the 2018 World Cup final: the attacking trio Mbappé-Griezmann-Giroud, full-backs Benjamin Pavard and Lucas Hernandez, and goalkeeper-captain Hugo Lloris.

The captain celebrates his 140th selection, two lengths from the French team record held by Lilian Thuram. He is playing his 12th World Cup match as captain, a record in Blue, ahead of Michel Platini (11).

Griezmann is playing his 68th game in a row for the French team without having missed a single one, while Giroud, who is taking advantage of Karim Benzema's withdrawal, becomes the oldest Frenchman to play in the World Cup, ahead of Fabien Barthez, at 36. years and 53 days.

Australian coach Graham Arnold has decided to leave his winger Anwer Mabil on the bench in favor of Craig Goodwin.