World: The Blues come into force in the World Cup, and Giroud in history

Rabiot (27th), Olivier Giroud (32nd, 67th) and Kylian Mbappé (68th) scored the goals that allow the French team to take the lead in group D alone, after Tunisia and Denmark drew in the afternoon (0-0). 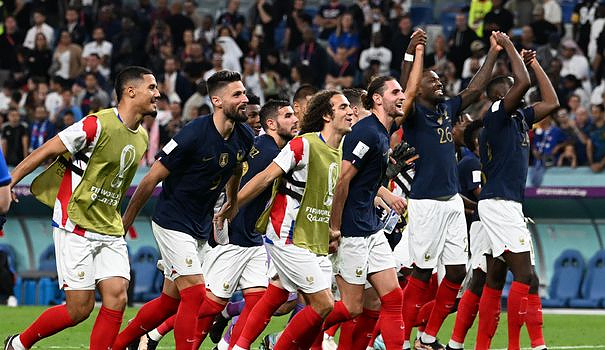 Rabiot (27th), Olivier Giroud (32nd, 67th) and Kylian Mbappé (68th) scored the goals that allow the French team to take the lead in group D alone, after Tunisia and Denmark drew in the afternoon (0-0). Australia opened the scoring through Craig Goodwin (9th).

Deprived of Ballon d'Or Karim Benzema, midfield regulators Paul Pogba and N'Golo Kanté, injured, defense boss Raphaël Varane, left on the bench, and too quickly Lucas Hernandez, who was injured from the 9th minute - and was replaced by his brother Theo four minutes later - the Blues had to reinvent themselves.

The story got off to a bad start. After a dynamic start to the match, Didier Deschamps' men conceded an early goal. Goodwin found himself alone in the area, forgotten by Benjamin Pavard, and easily deceived Hugo Lloris (1-0, 9th).

Freezing shower! The French were struck by doubt in the following minutes.

Certainly, the flashes of Kylian Mbappé on the left and Ousmane Dembélé on the right, supersonic and unstoppable in their corridors, hinted at the possibility of making up the delay.

But it was Adrien Rabiot, the Juventus midfielder, who turned into band leader, to put the team back in the game and restart the seized machine. He first victoriously headed a deep ball from Théo Hernandez, who came into play to replace his brother Lucas (1-1, 27th).

Five minutes later, the same Rabiot furiously scratched a ball badly thrown by the Australians, to come and serve Olivier Giroud magnificently in the box. The 36-year-old center-forward scored his 50th goal in the blue jersey (2-1, 32nd), becoming the doyen of French scorers in the World Cup ahead of Zinédine Zidane, author at 34 of a panenka in final of the 2006 edition against Italy.

Led, the Australians were forced to take risks, and to open up spaces.

And Giroud had his moment of glory, the 71st of this World Cup match, where only Benzema's injury gave him a starting spot.

Served by Mbappé, the center-forward of AC Milan scored the 4th goal for the French, and especially his 51st in the jersey struck by the rooster. His teammates warmly celebrated him: he had just equaled the absolute record of goals in the France team, held since 2009 by his eldest Thierry Henry.

Shortly before, he had a first opportunity to match Henry, with a spectacular bicycle in the area, unfortunately off target (50th).

In the meantime, Mbappé had sheltered France by concretizing the superiority of the world champions in the second period, scoring with a header on a cross from Dembélé (3-1, 68th).

This victory, against an opponent certainly within reach of the Blues, will allow Didier Deschamps to prepare the sequel with more serenity. He had certainly lined up at kick-off six holders of the 2018 World Cup final: the attacking trio Mbappé-Griezmann-Giroud, full-backs Benjamin Pavard and Lucas Hernandez, and goalkeeper-captain Hugo Lloris.

But the central defense Dayot Upamecano (24) / Ibrahima Konaté (23) was experimental. She did not deserve it, pending the scheduled return of Varane, who is coming back from injury and had been spared as a precaution.