World: the attitude of Iranians scrutinized, the inclusive armband in the closet

In this World Cup surrounded by extra-sporting controversies, this second day of competition is not spared, the day after the opening match lost 2-0 by Qatar against Ecuador. 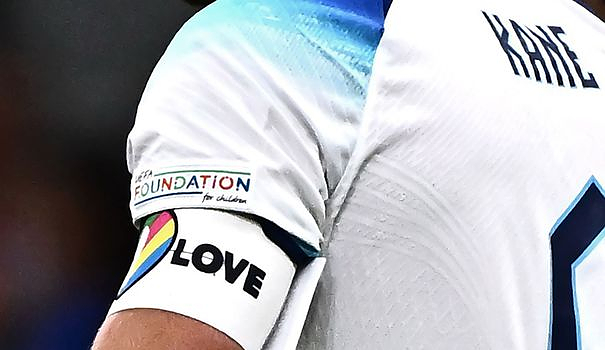 In this World Cup surrounded by extra-sporting controversies, this second day of competition is not spared, the day after the opening match lost 2-0 by Qatar against Ecuador.

The sequence of three matches in the agglomeration of Doha, England-Iran, Senegal-Netherlands and the United States against Wales, represents a major logistical test for the transport and security of the small gas emirate.

The first meeting of the day will be particularly dissected according to the attitude of the Iranians, undermined for several weeks by the demonstrations followed by violent repressions which tear the country and crack the unity around the selection.

Since the beginning of the uprising, caused by the death on September 16 of the young Mahsa Amini (22 years old), arrested by the morality police in Tehran for not having respected the strict dress code imposed by the regime, the refusal to sing the he anthem of the Islamic Republic has become one of the most spectacular levers used by Iranian sportsmen to show their support for the movement.

Asked if the 'Team Melli' players intended not to sing the national anthem, striker Alireza Jahanbakhsh said on Wednesday the matter was under 'discussions' and would be taken 'collectively'. He also explained that whether or not to celebrate a possible goal during the World Cup would be a "personal" choice.

For the English captain Harry Kane, on the other hand, no militant gesture in favor of inclusion and diversity: the controversy, growing in recent days, has resulted in a retreat of the seven European federations at the origin of the "One Love" initiative, their players being threatened with a yellow card in the event of non-compliance with the rules.

"We were ready to pay fines (...) but we cannot put our players in the situation where they could be warned, or even have to leave the field" (in the event of a second yellow card), wrote the federations of these seven countries, saying they were "frustrated" by the inflexibility of Fifa in a joint press release.

The latter, who saw in these colored armbands an implicit criticism of the host country, reacted on Saturday by unsheathing her own captain's armbands, carrying much more consensual messages, such as "Save the planet", "Education for all" or even "No to discrimination".

Since its appointment to organize the event in 2010, Qatar has been the target of strong criticism on the issue of human rights, in particular those of LGBTQ people and migrant workers - including those who worked on the construction sites of the World Cup.

Initially part of the "One Love" initiative, France had already announced through the voice of its captain Hugo Lloris that it would not wear the armband.

The reigning world champions Blues enter the fray on Tuesday against Australia (8:00 p.m.), during the third day of competition, which will offer four matches in the unusually restricted territory of this World Cup.

For the first time in a modern World Cup, the host stadiums are only a few kilometers apart: how will the authorities manage these unprecedented population flows in a country of less than three million inhabitants? A million supporters are expected for a month.

Monday is a test day for transport in the small emirate, from Hamad International Airport to the three metro lines and the wide urban highways traced between the skyscrapers of Doha.

It is also a crucial test for the security system with the arrival of fiery English supporters, who will be deprived of beer at the stadium for the entry into the running of the "Three Lions" against Iran.

The opening match on Sunday went off without a major hitch, even if the stands emptied in the second half against Ecuador (2-0, group A) in the face of the discomfiture of the local players, first host country of the World Cup beaten as soon as he entered the race.

Some foreign supporters have also been put off by the about-face of the organizers who suddenly decided on Friday not to sell alcohol around the stadiums.

In the wake of England-Iran, the very first big poster of the tournament will pit Senegal, African champions, against the ambitious Netherlands of coach Louis van Gaal (5:00 p.m.), before an Anglo-Saxon duel between Wales and United States (8:00 p.m.).

As for the Portuguese Cristiano Ronaldo, he hopes to put behind him his high-profile conflict with his club Manchester United: these disputes "will not shake" Portugal, which enters the scene Thursday against Ghana, he assured Monday morning .