As a consequence of this result, no one will be mathematically qualified in group E at the end of this second day. 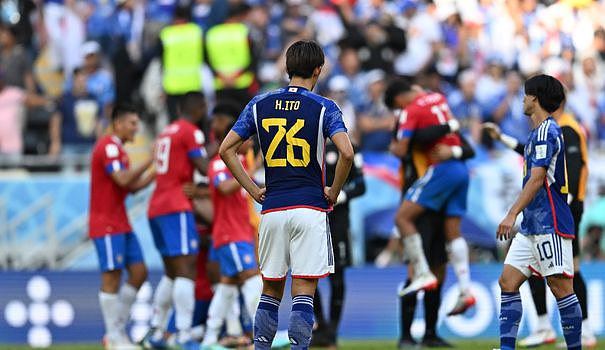 As a consequence of this result, no one will be mathematically qualified in group E at the end of this second day.

The Blue Samurai, beaten against the run of play, will therefore spend the evening suspended from the meeting between Germany and Spain (8:00 p.m.). Its result will determine the extent of the feat they will need to achieve against La Roja on Thursday in order to qualify for the Round of 16, as in 2002, 2010 and 2018.

The Costa Ricans, humiliated 7-0 for their entry into the tournament, are them "still alive and that's the main thing", according to their coach Luis Fernando Suárez. They offer themselves a chance of qualifying against the Mannschaft during their last group meeting.

"Beating Germany doesn't mean you can beat Spain. Both teams are world champions, so we have a lot of respect for them, but we still beat Germany." part philosophized the Japanese coach.

"It will be a difficult match but I think we have a chance to win. We will prepare well and approach this meeting with confidence", promises Hajime Moriyasu.

"Complacency has no place" against the Ticos, he warned Thursday, and his holders appeared in great difficulty to impose their game in the first period, due to an astonishing lack of technical accuracy against Central Americans wait-and-see and regroup.

Returning from the break with better intentions and some offensive adjustments, the Japanese took control of the game but failed to repeat the two goals scored in the second half against Germany.

On the contrary, goalkeeper Shuishi Gonda even got tangled up on Keysher Fuller's goal (81st), Costa Rica's only shot on target.

A full card in its first two matches, never before achieved by the Blue Samurai in the World Cup, seemed within reach of Japan, but it would have taken a little more application and realism.

Emboldened, Costa Rica ends seven games without a World Cup victory since 2014, when the selection reached the quarters. The Ticos are still very far from such a final but at least they can believe in it again.