World: Ronaldo at the gates of 1/8, Brazil seeks the key without Neymar

After eight days of competition, only one team has so far found the right combination to reach the second round, namely France of Kylian Mbappé, defending champion. 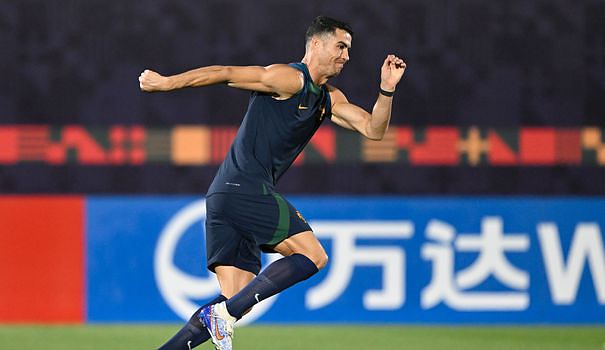 After eight days of competition, only one team has so far found the right combination to reach the second round, namely France of Kylian Mbappé, defending champion.

While Argentina struggled to maintain their chances of qualifying on Saturday, while Germany is on borrowed time after its draw against Spain on Sunday, while Belgium and England are struggling, Portugal's Seleçao and its counterpart from Brazil are hopeful of overcoming the hurdle on Monday.

"CR7" and the Portuguese, winners in the pain of Ghana (3-2) in the opening, must break through the Uruguayan fortress, on which the team of Fernando Santos had stumbled in vain in the round of 16 of the World Cup-2018 in Russia (2-1). In the other match of Group H, Ghana challenges South Korea (2:00 p.m.).

At 37, Ronaldo continues to rack up honors and records with appetite, but Uruguayan strikers Luis Suarez and Edinson Cavani (35 each) are also insatiable: between them, they had disgusted the Portuguese in the heat of the stadium Sochi Olympics four years ago, with a double from Cavani where the madre Suarez was involved each time.

Among the champions, the rivalry does not prevent respect and the image of Ronaldo accompanying him to the edge of the field Cavani injured had also marked the spirits, as much as the early elimination of the Portuguese, then reigning European champions.

Time has passed, Ronaldo no longer has a club after the tumultuous termination of his contract with Manchester United but the five-time Ballon d'Or remains focused on this World Cup, as proved by his penalty obtained and converted on Thursday: he became incidentally the first player in history to score in five different World Cups.

"It's a great moment, my fifth World Cup, we won and we started off on the right foot," said the native of Madeira, already projected on the clash against Uruguay at the Lusail stadium.

Will we see Cristiano Ronaldo and Lionel Messi in the round of 16? In any case, this is what Marquinhos hopes, partner of the sevenfold Argentinian Ballon d'Or at Paris SG.

"Of course we appreciate seeing them play," the Brazilian defender said on Sunday. "Messi is not only Argentinian, Ronaldo not only Portuguese, it goes beyond nationalities. Everyone who follows the competition closely appreciates these players, they don't only belong to their country but to the world of football."

- Neymar in the infirmary -

Neymar also has the stature of an international star but the Brazilian striker, for the time being, is confined to the infirmary after a sprained right ankle suffered during the opening match against Serbia (2-0).

It is without him that Brazil approaches its second match of this World Cup on Monday at the end of the afternoon against Switzerland at the 974 stadium. And while the Brazilian N.10 "works hard" with the hope to be restored for the rest of the competition, according to Marquinhos, his partners will have to compensate for his absence.

"Neymar is a star, a player of extraordinary talent, but we are counting on all our players," played down Brazilian coach Tite, who has a fairly spectacular attacking arsenal with Richarlison, Raphinha, Vinicius and Rodrygo.

It remains to be proven against Switzerland (3 pts), knowing that a victory for Brazil (3 pts) would be synonymous with early qualification for the eighth if Cameroon does not beat Serbia a little earlier (11:00 a.m.) in group G Conversely, a Swiss victory coupled with a Serbian draw or defeat would send the Swiss team to the next round.

And beware of this uninhibited “Nati”! Quarter-finalist of the Euro last year after beating France, this opponent has everything to disrupt Brazil, surprised in 2018 by a catchy Switzerland (1-1).

"I have been delighted since the draw to be able to play against Brazil. This is one of the reasons why I am a coach", savored the Swiss coach Murat Yakin, who believes in his chances: "This tournament has shown that he can there be surprises."