World: Neymar and Ronaldo on the track

After today's matches - Switzerland-Cameroon (11 a. 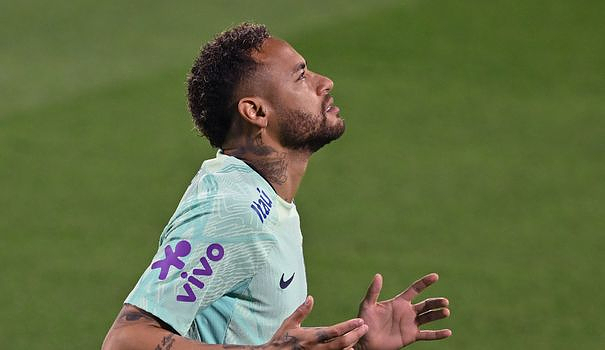 Last to arrive on Qatari soil, the Brazilians begin their tournament where many imagine them to finish it: at the Lusail stadium where the final will be played on December 18.

This status of big favorite for a sixth coronation is reinforced by the repeated injuries to the outgoing French champions and the shock defeat of the Argentinians of Lionel Messi against Saudi Arabia on Tuesday (2-1) in this same stadium.

This setback of the great South American rivals should "make us think. We know that there are no easy moments during a World Cup", warned coach Tite, aware of the considerable pressure that weighs on his players. Brazil, the country of football kings, has been waiting twenty years to hang a sixth star on its jersey.

Sparkling since the start of the season with Paris-SG, Neymar has anticipated the call since he has already had one sewn on his shorts before posting the photo on Instagram. Arrogant the Parisian striker? “Only a dreamer,” defends Richarlison.

- Stojkovic: not even afraid -

Germany's defeat on Wednesday against Japan (2-1), the second big surprise of this start to the competition, sounds like a new reminder to be vigilant for Neymar and his teammates.

Especially since Serbia will not present itself as an expiatory victim. "Nobody scares me in this world, not even Brazil. No need to be scared," warns Serbian coach Dragan "Piksi" Stojkovic.

The playmaker of the last Yugoslav team indulges in irony to answer a question about the Brazilian offensive potential. "You say the Brazilians are going to play with four attackers? So it's over for us! Brazil is lucky to have four attackers but someone has to play in defense, right?" he smiles .

If she does not give all the guarantees behind, her team is not deprived offensively with players playing in the major European championships, the experienced Dusan Tadic, the massive Aleksandar Mitrovic. And especially Dusan Vlahovic, the N.1 weapon of the "Eagles", successor to Juventus Turin of Cristiano Ronaldo, the other big star to enter the scene on Thursday.

The Portuguese, who has just terminated his contract with Manchester United by mutual agreement after a public flamethrower dispute, assures that this soap opera "will not shake" his selection.

In addition to a successful debut, this insatiable collector of records will have one in his sights: already top scorer in the history of selection football (117 goals in 191 caps), he can become against Ghana the first to score in five Cups of the different world. He assures him that it will not be his priority: "If we are world champions without me scoring, I will sign immediately."

In this World studded with extra-sporting controversies, we must not swear to anything but the president of Fifa Gianni Infantino can dream of a quieter day on Thursday than the day before.

Of the seven European selections to have considered wearing the inclusive "One Love" armband before giving up in the face of threats of sporting sanctions from Fifa, Switzerland is the only one expected on Thursday.

Switzerland captain Granit Xhaka has previously said he won't follow the example of the Germans who publicly signaled their displeasure with pressure from Fifa ahead of their loss to Japan by putting their hand in front of their mouth in the official photo: " I don't think we have to do anything as a Swiss team. We have to respect the rules and focus on football."

One question though. Fifa, very silent on the subject, will she react to the German challenge and will she sanction the "Mannschaft"?