World: Last tickets for the eighth

From Saturday, the ax matches will begin, with Netherlands - United States (4:00 p. 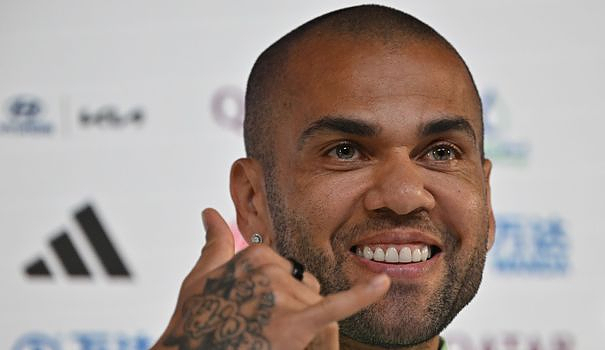 Brazil and Portugal, who will play their last match of the group stages on Friday, already have their ticket in their pocket.

Two great footballing nations will however be missing, Germany and Belgium.

The Mannschaft certainly beat Costa Rica (4-2) but paid its initial setback against the Japanese (2-1), who snatched first place in Group E by beating Spain with the same score. La Roja only saved their place in 1/8 thanks to a goal difference superior to that of the Germans (6 against 1).

"The world of football was shaking before us. We were praised as a big tournament team. Now Germany is just a football dwarf," lashed the daily Bild, which still questions the validity of the second Japan's goal against Spain, the one that precipitated Germany's elimination.

Belgium, for its part, sadly left the tournament on Thursday after its draw against the Croats (0-0) but few dared to attach the label of candidate for the coronation on the back of the tired and aging heroes of the World Cup-2018, including the coach Roberto Martinez has announced that he is leaving his post.

In groups G and H which give their final verdict on Friday, the scenarios are almost copies.

The two cadors, Portugal and Brazil (still deprived of Neymar but who will field his veteran Daniel Alves), have already qualified. They will rotate their workforce and will work to secure first place in the group, against teams not eliminated but in very unfortunate postures, South Korea and Cameroon (1 point).

To afford the two qualifying tickets still in play, the winners of Serbia-Switzerland and Ghana-Uruguay will be in an ideal situation.

Uruguay, also aging, can be worried, with still no goal scored, for a defeat against Portugal (2-0), and a draw conceded to the Koreans (0-0).

To stay in Qatar, the Celeste and her scorers Edinson Cavani and Luis Suarez will finally have to find the net: any other result than a victory eliminates them.

They will find on their way Ghanaians not only motivated by the prospect of finding twelve years after the 1/8 finals of the World Cup, but also revengeful. No matter what their players say.

In Ghana, we still have not digested the hand on its line of Suarez, who deprived the Black Stars of semi-finals in 2010. Never has an African team come so close to entering the last four of a World.

"I don't look back, I don't want to focus on the past," says André Ayew, the only survivor of this meeting with a cruel outcome for his team. The Ghanaians have their destiny in their hands with three points against one for their opponents of the day and the Koreans.

Another decisive match with strong potential controversy, that between Serbia and Switzerland.

At the Euro in 2021, during a previous confrontation, the Swiss players Granit Xhaka and Xherdan Shaqiri had caused immense anger in Serbia when they had mimed with their hands the Albanian double-headed eagle, a symbolic gesture which could only awaken nationalist passions in the Western Balkans.

Both players are from Kosovo, which their families left in the 1990s, when it was a province of Serbia, mainly populated by Albanians.

In 2008, ten years after the war between forces in Belgrade and Kosovar Albanian separatists, Kosovo declared its independence, which was never recognized by the Serbs.

Relations between the two countries remain execrable. In their locker room during their match against Brazil, the Serbian players had displayed a flag of Serbia including Kosovo, in turn arousing great anger in this small Balkan country.

But Shaqiri and Xhaka, who had been sanctioned in 2021 by their federation, announced that they would not repeat the offense.